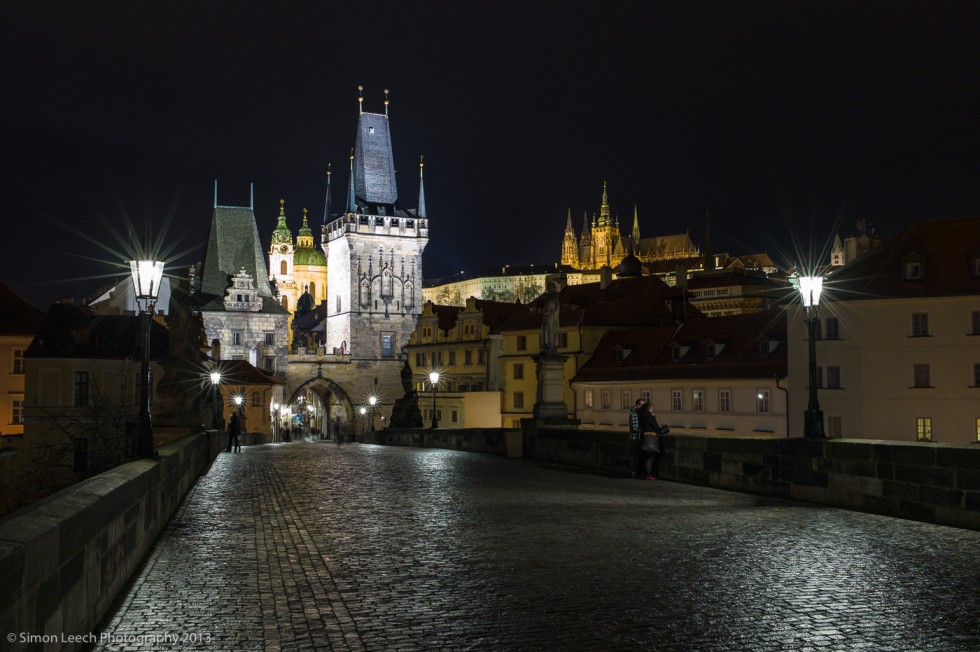 In March 2013 I visited Prague twice for business. On the second occasion I took along a tripod as well, and used this to take a number of long exposures on the Charles Bridge in Prague. 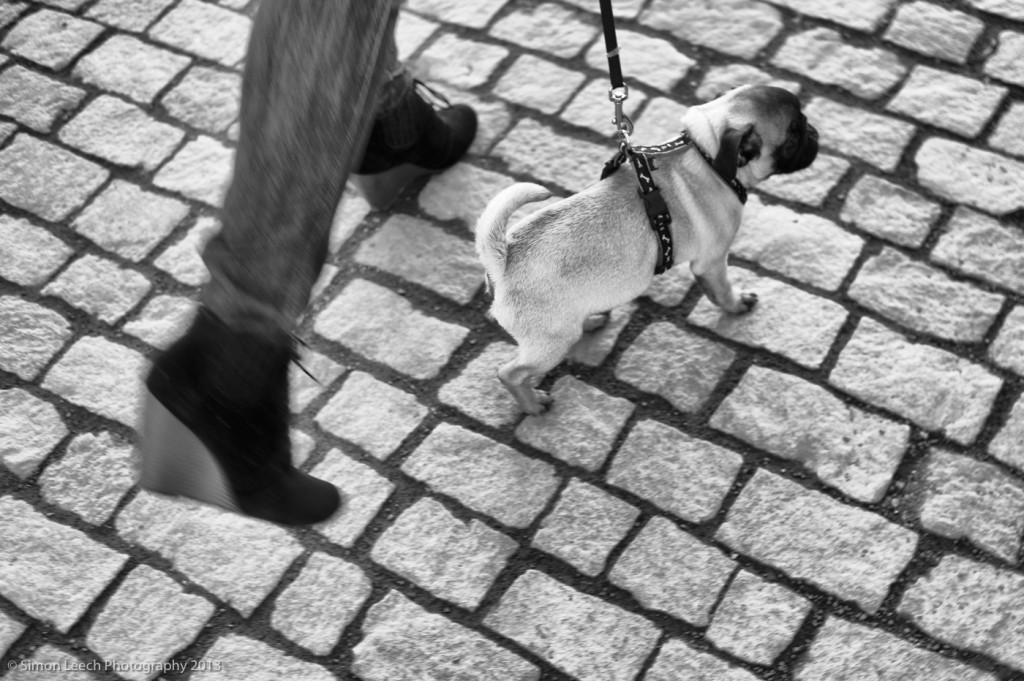 From wikipedia: The Charles Bridge (Czech: Karlův most) is a famous historic bridge that crosses the Vltava river in Prague, Czech Republic. Its construction started in 1357 under the auspices of King Charles IV, and finished in the beginning of the 15th century. The bridge was originally called the Stone Bridge (Kamenný most) or the Prague Bridge (Pražský most) but has been the “Charles Bridge” since 1870. As the only means of crossing the river Vltava (Moldau) until 1841, the Charles Bridge was the most important connection between Prague Castle and the city’s Old Town and adjacent areas. This “solid-land” connection made Prague important as a trade route between Eastern and Western Europe. 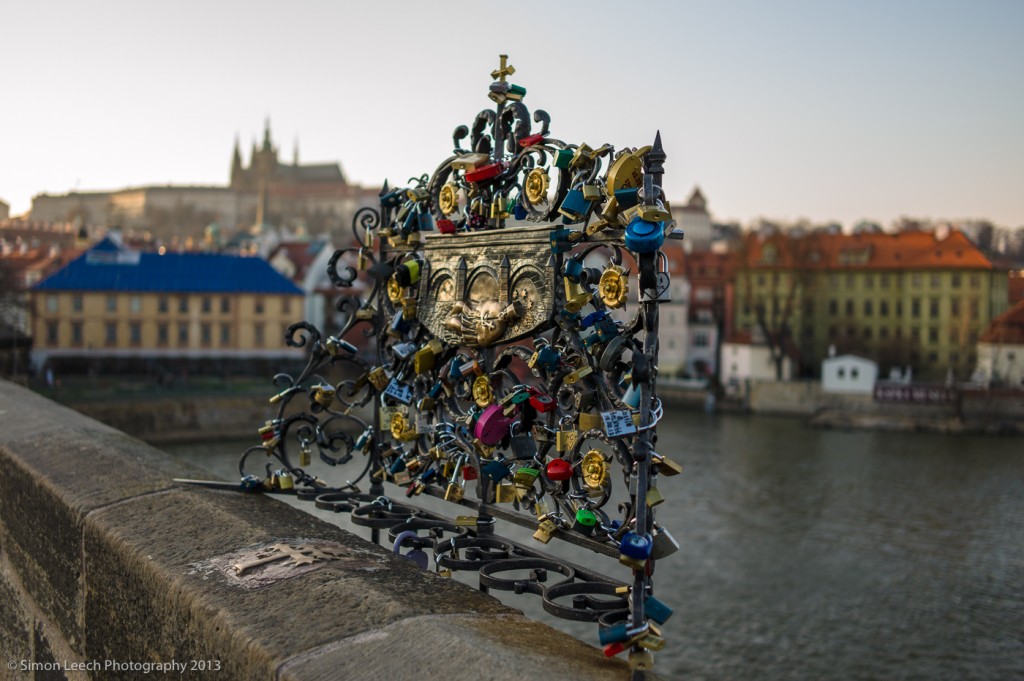 Locks on Charles Bridge, Prague. Placing locks on bridges in European cities has become a recent craze – couples place a lock on a metal structure to show the strength of their relationship

The bridge is 621 m long and nearly 10 m wide, resting on 16 arches shielded by ice guards. It is protected by three bridge towers, two of them on the Lesser Quarter side and the third one on the Old Town side. The Old Town bridge tower is often considered to be one of the most astonishing civil gothic-style buildings in the world. The bridge is decorated by a continuous alley of 30 statues and statuaries, most of them baroque-style, originally erected around 1700 but now all replaced by replicas. 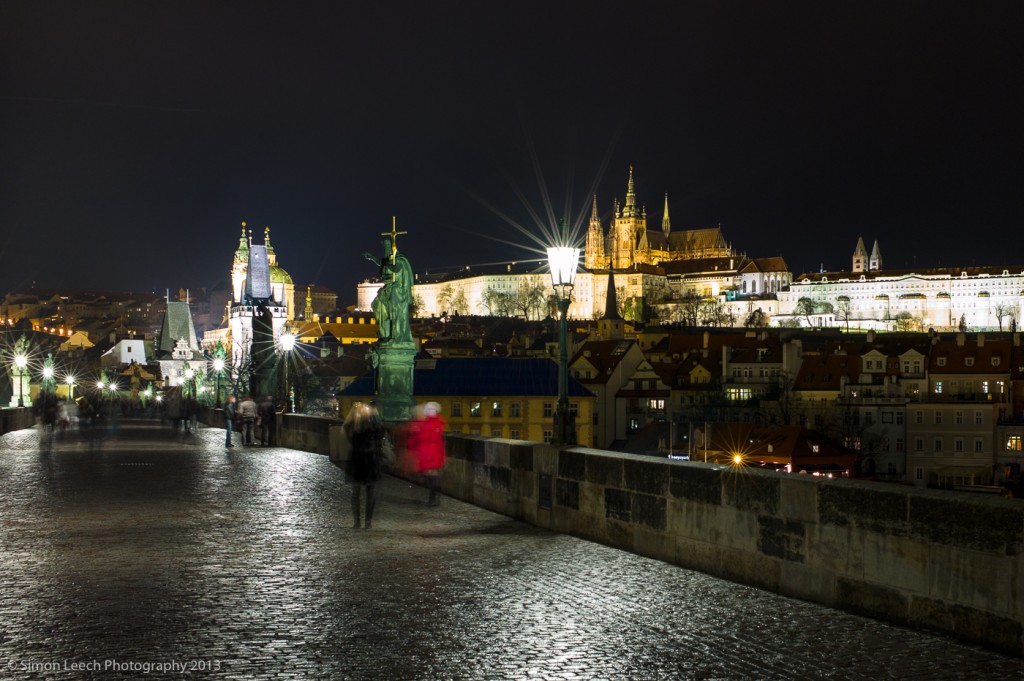 It was an ideal opportunity to try out long exposures, especially due to the characteristics that the Leica lenses show when they are stopped down – as you can see from some of the images on the bridge, lights display a nice star characteristic. The exposures were mostly between 4 and 15 seconds, and this enabled me to maintain a low ISO so that I could take shots that were able to deal with the low light conditions without contributing to any noise in the final image. 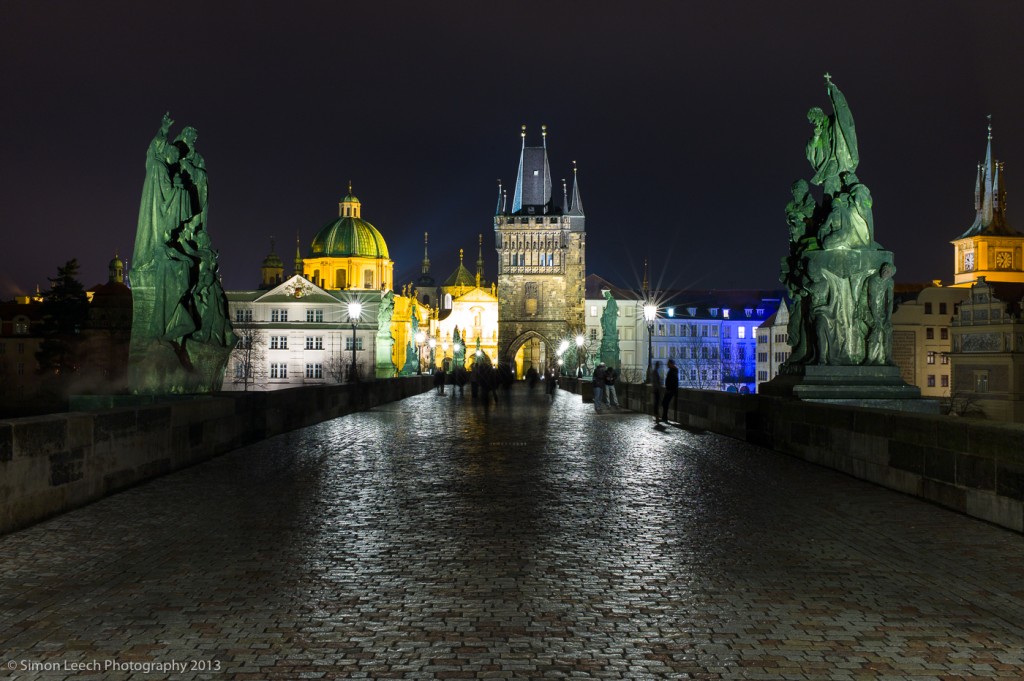 My tripods all use Markins ball heads, with an Arca Swiss style clamp. To allow me to fix the M-E to the ball head securely, I have replaced the stock Leica bottom plate with a Really Right Stuff bottom plate. 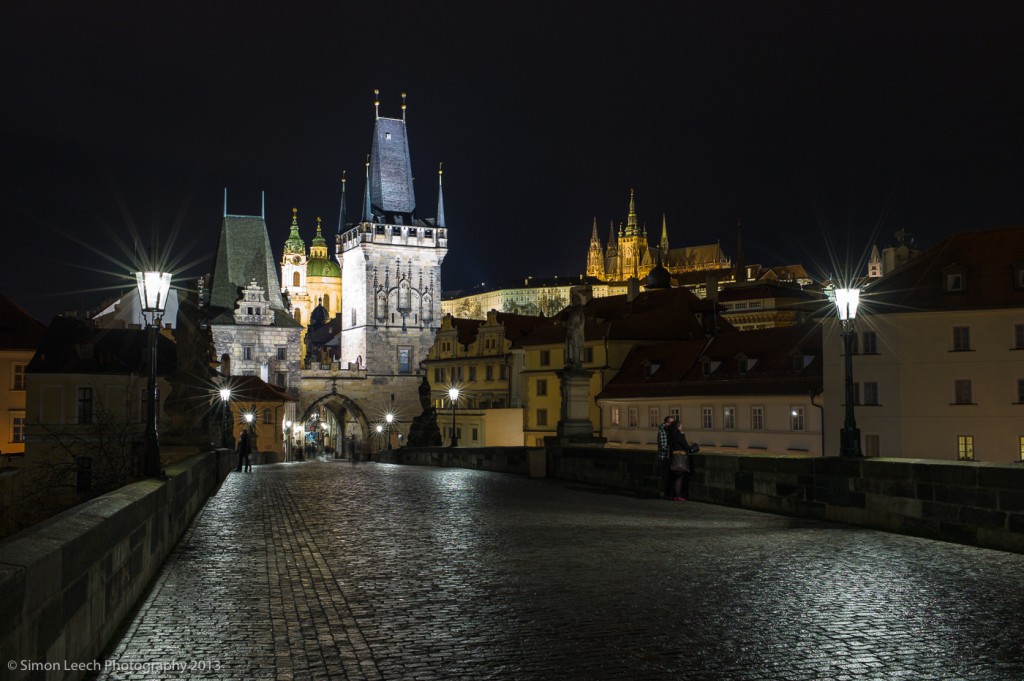 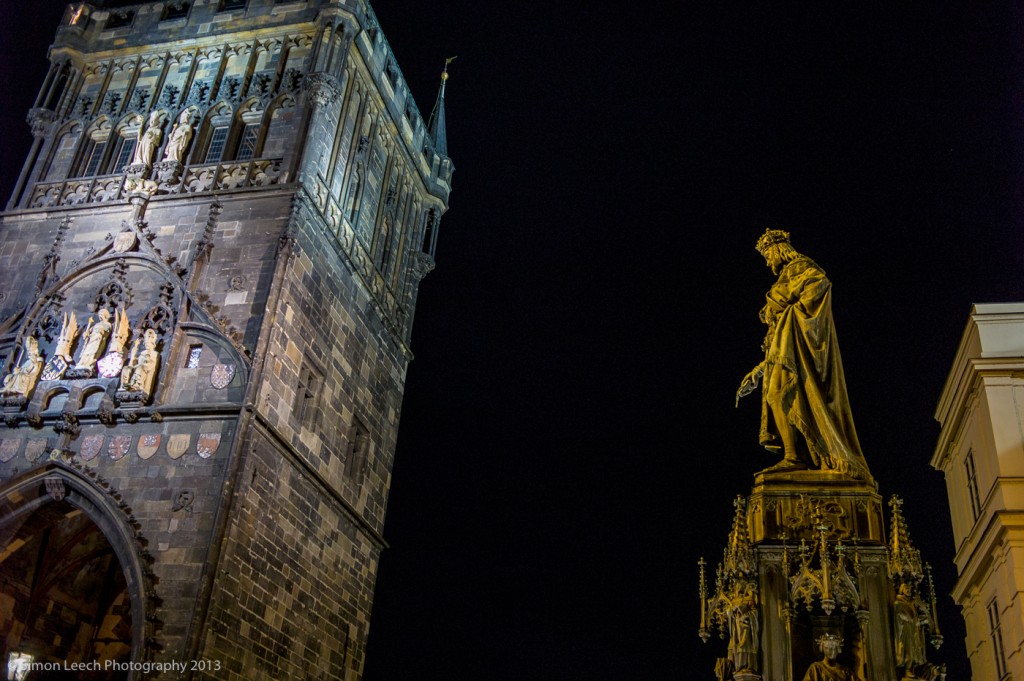