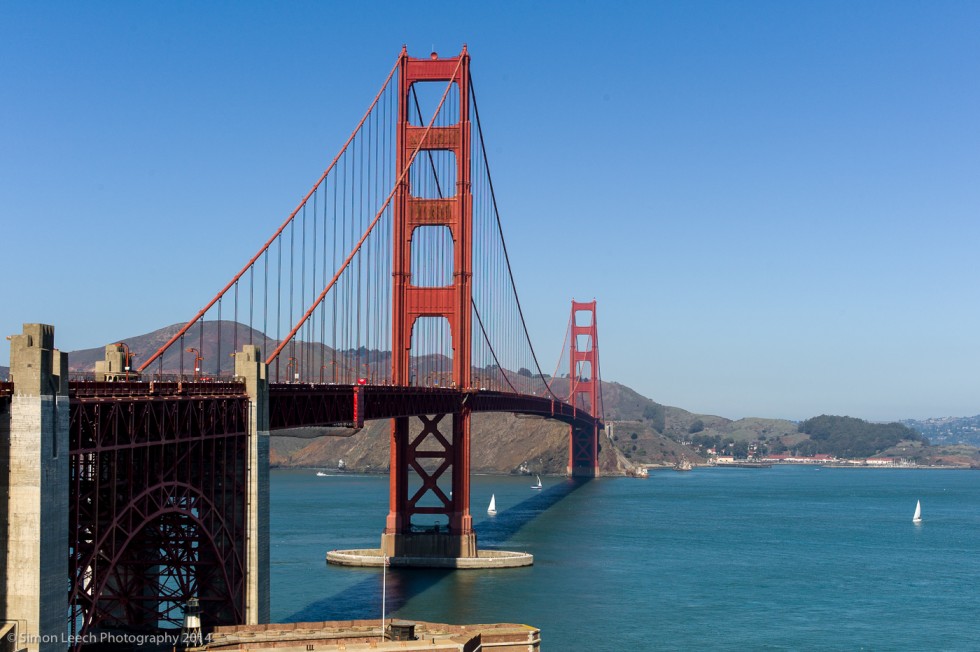 In February I was able to travel to Palo Alto to attend a new hire training, and took the opportunity to burn a few hotel points and spend the weekend before wandering around San Francisco. I managed to reserve the Marriott Hotel just off Union Square, which made a change from the hotels I have stayed at in the past in the Financial District, and it was a good base location for all the things I wanted to see. 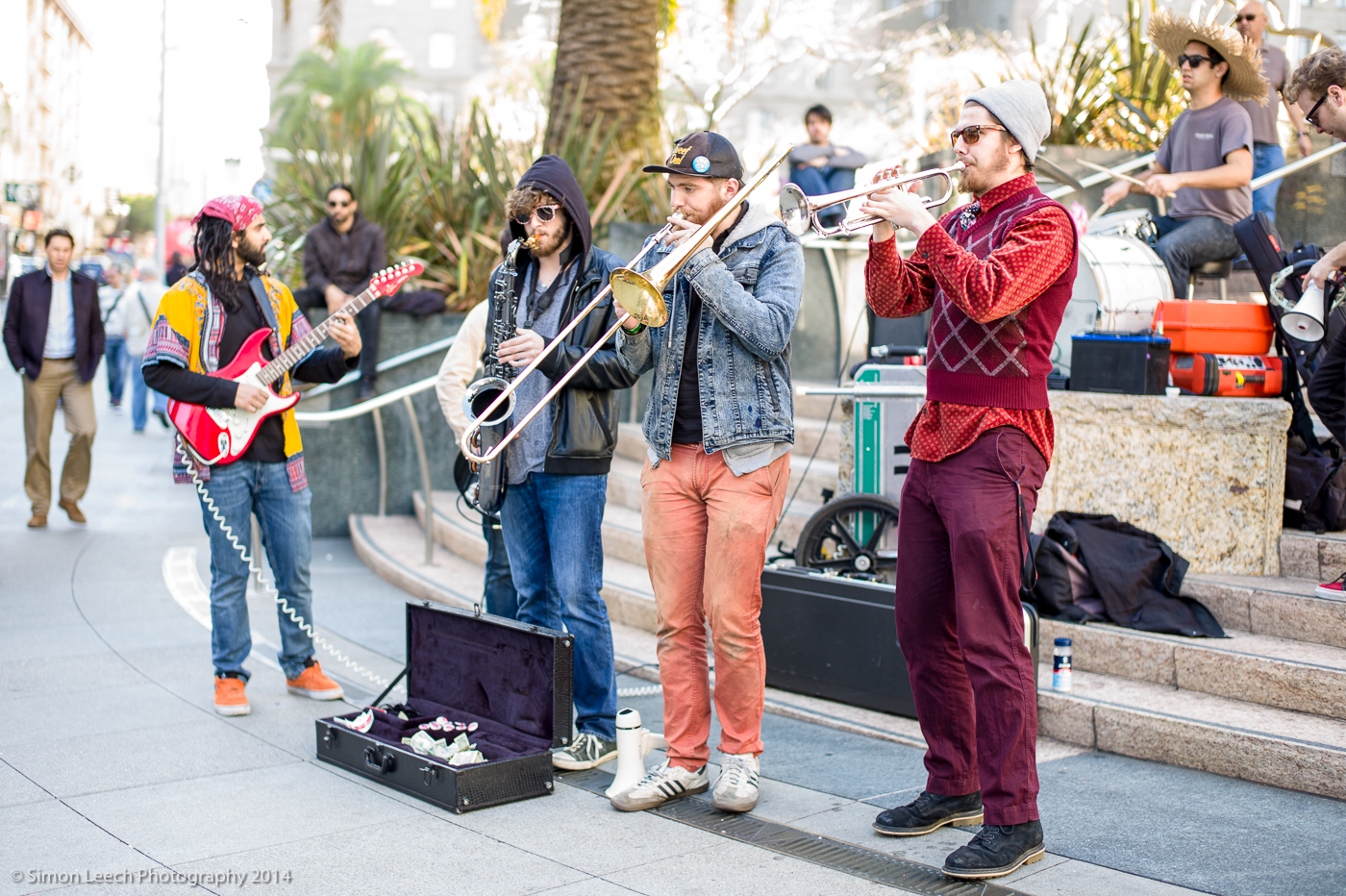 Normally when I visit a city I try to walk around as much as I can. However since San Francisco covers such a large area, I decided to spend $20 on a ticket for one of the open top bus tours. The bus goes on a 2.5-3 hour journey around the major sights, and you are free to hop on and off at any of the stops along the route. This gave me the best of both worlds – I could use the bus to cover distance quickly, and I could walk in between the individual stops if I wished 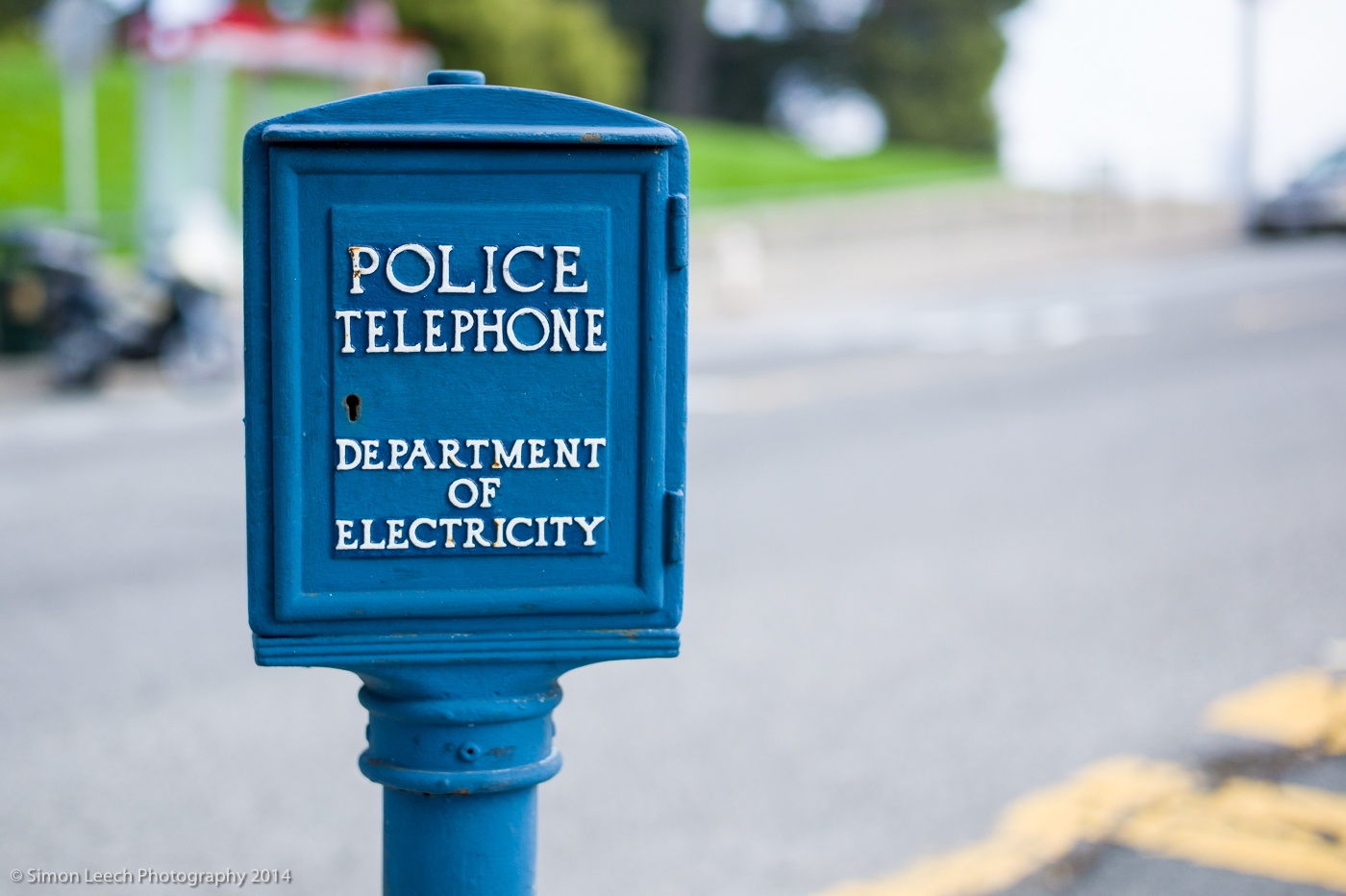 The first place I chose to get off was at Alamo Square Park so that I could take a look at the Painted Ladies. From Wikipedia: “Painted ladies” is a term in American architecture used for Victorian and Edwardian houses and buildings painted in three or more colors that embellish or enhance their architectural details. Shooting the houses from the park with a wide angle lens gives a nice view of downtown San Francisco, and, although the weather wasn’t providing me with perfect skies, I got an OK shot of the houses. 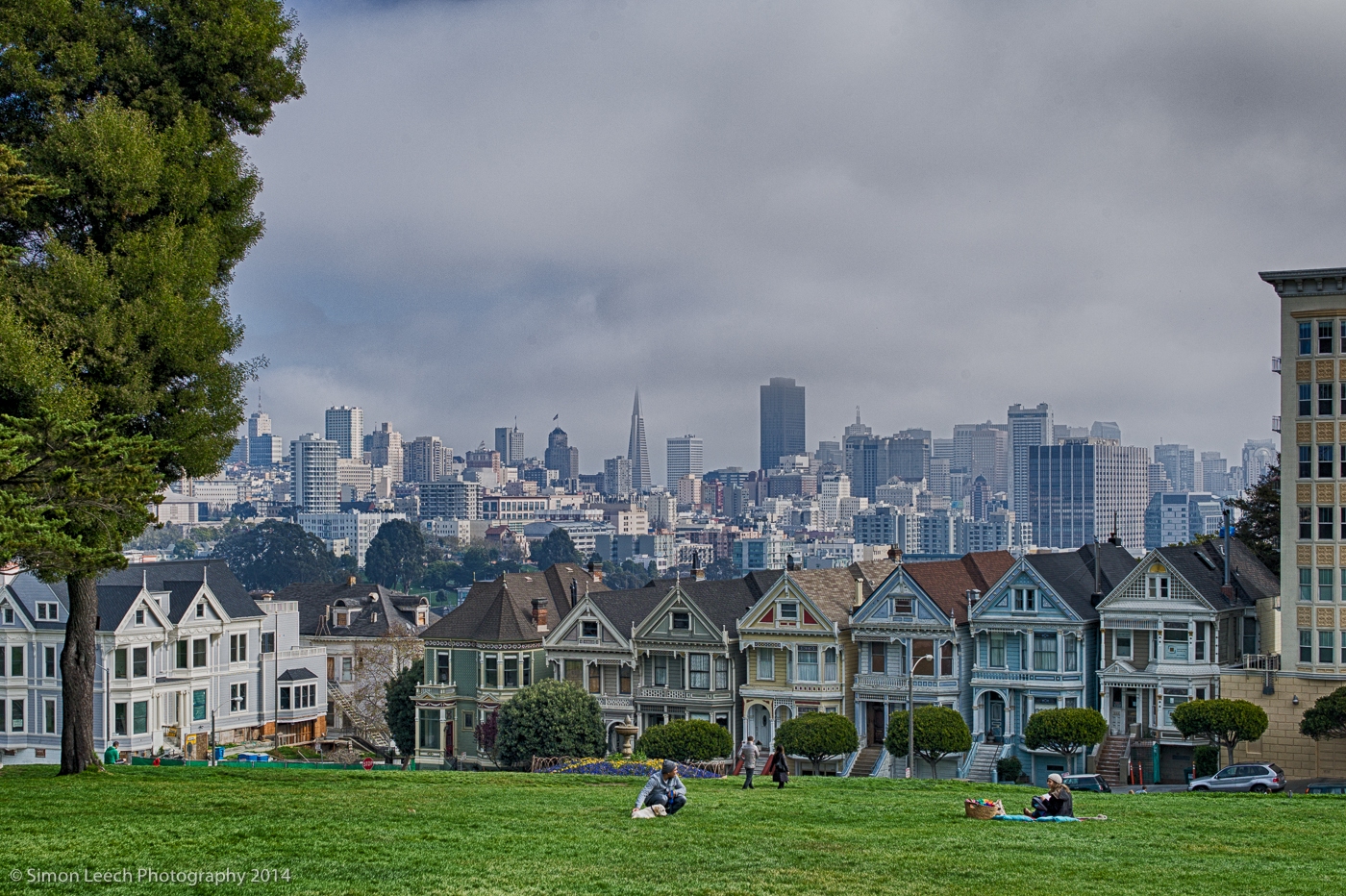 Moving away from Alamo Square, I chose to walk across to Haight Ashbury, the center of the flower power revolution in the 60s. Today the area is mostly a tourist attraction, and the main street is bordered with shops selling head gear and alternative clothing. 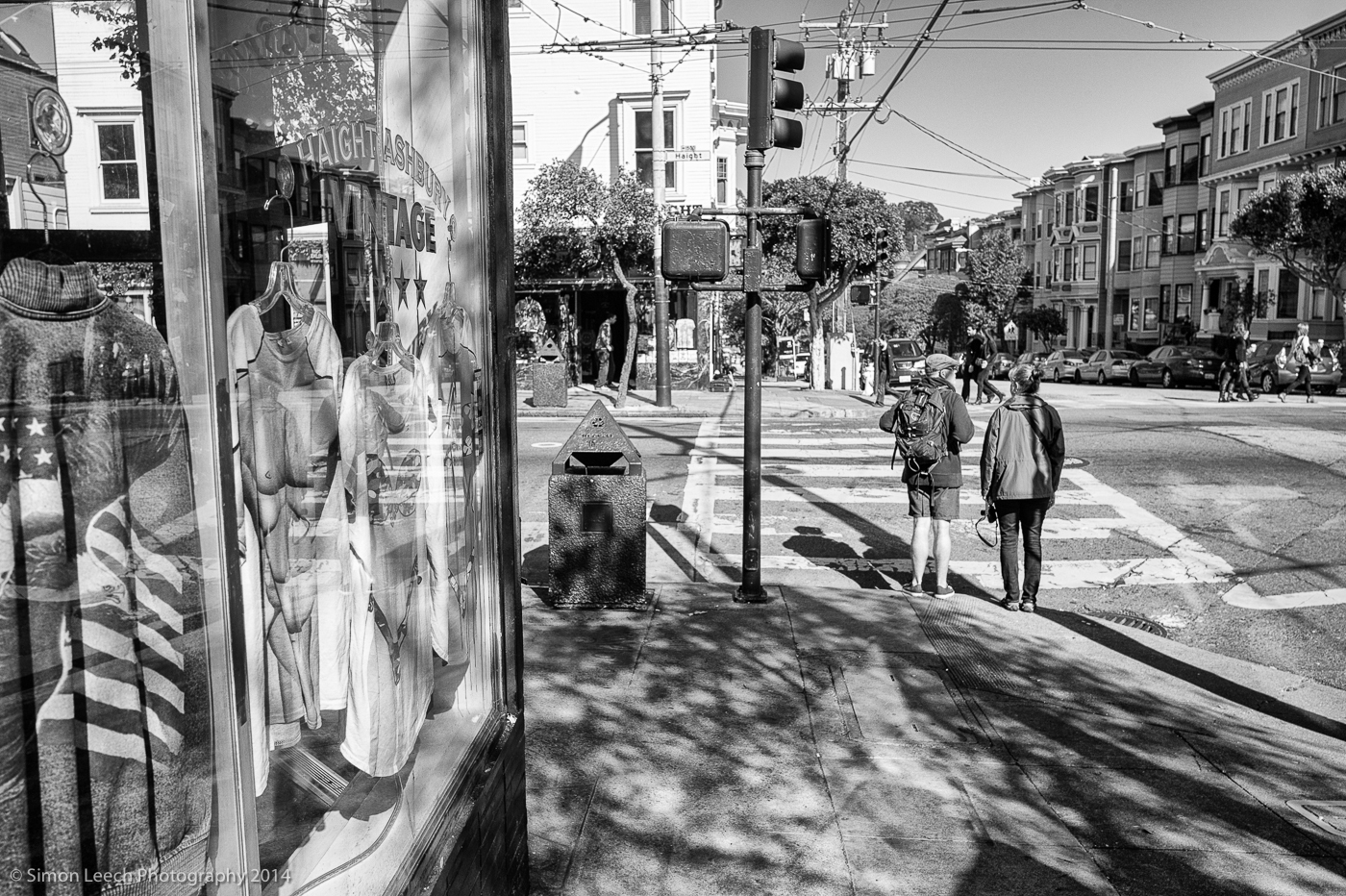 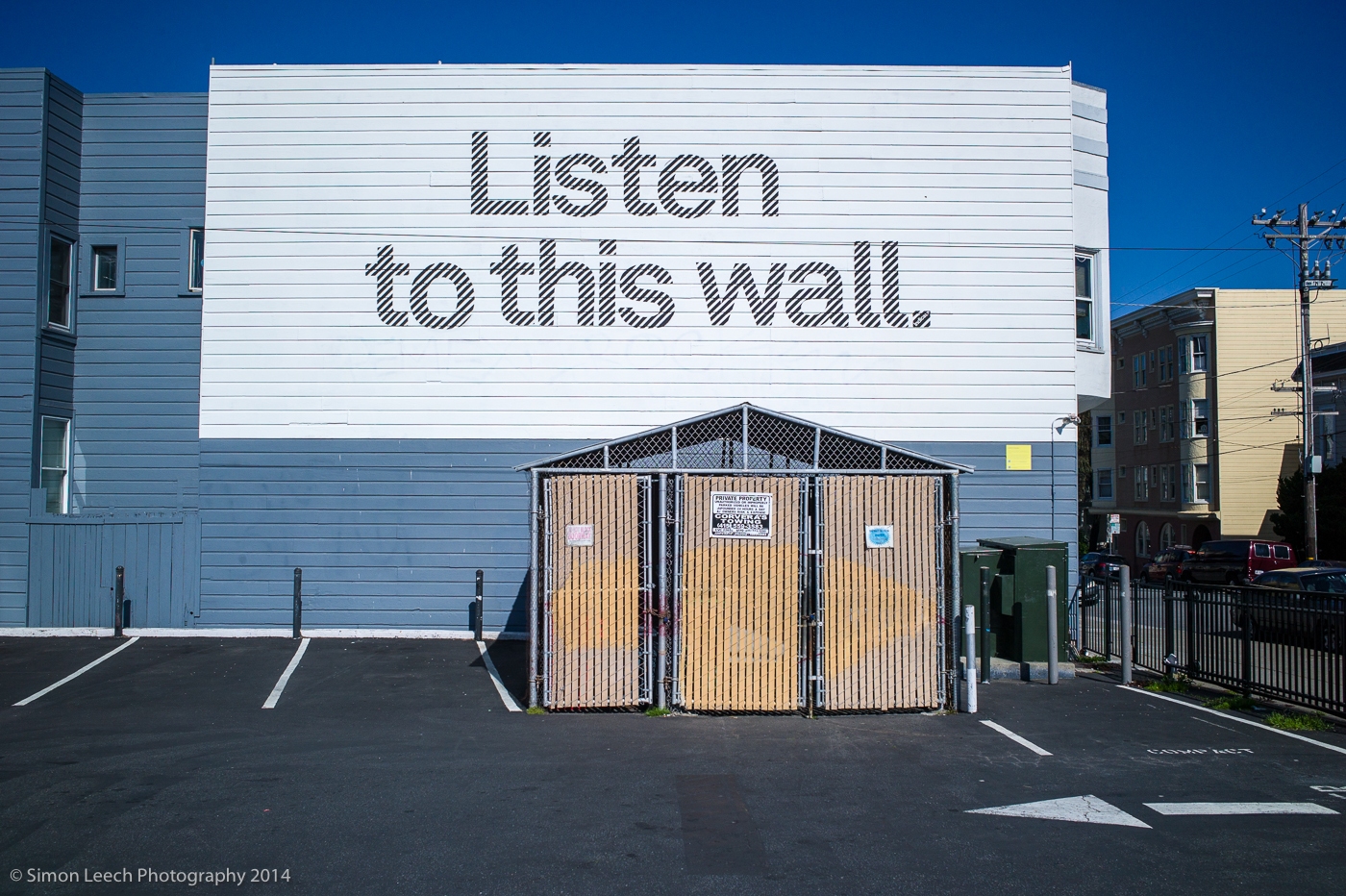 After spending a while wandering around Haight Ashbury, and realising that most of it is closed before 12pm on a Sunday, I got back on the bus and traveled through Golden Gate Park to Golden Gate Bridge. The tour guide provided us with a good commentary of information about the bridge. I hadn’t realised that the bridge was such a suicide hotspot, and in fact 46 people are known to have jumped in 2013 alone. The bridge itself of course is a masterpiece of civil engineering, 1300m long, and around 70m above the water. 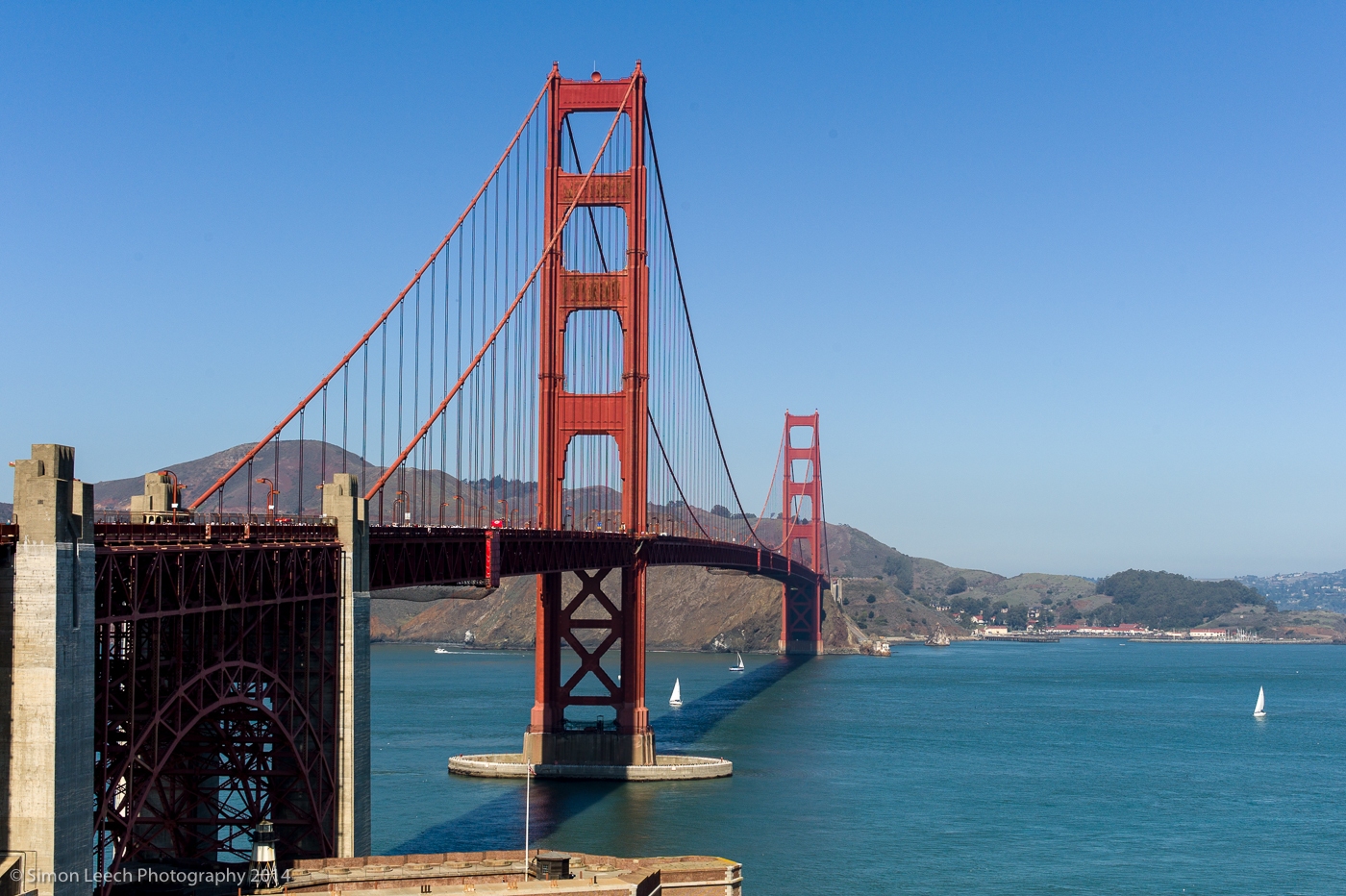 Another area that i always find worth a wander in San Francisco is Chinatown. In fact on this trip I think I ate most of my lunches and dinners here 🙂 It’s always a bit hit and miss with the quality of the food, but using the reviews on Foursquare before committing is always a good move. During the day there is quite a lot of activity around Portsmouth Square Plaza. Many of the older Chinese play cards or Chinese Chess here, and it is always interesting to wander around and here them chattering away and get quite animated with the games they are playing. Often when I am taking street photographs of people I gained eye contact with the subjects before I took the shot so that they are aware and OK with me shooting. 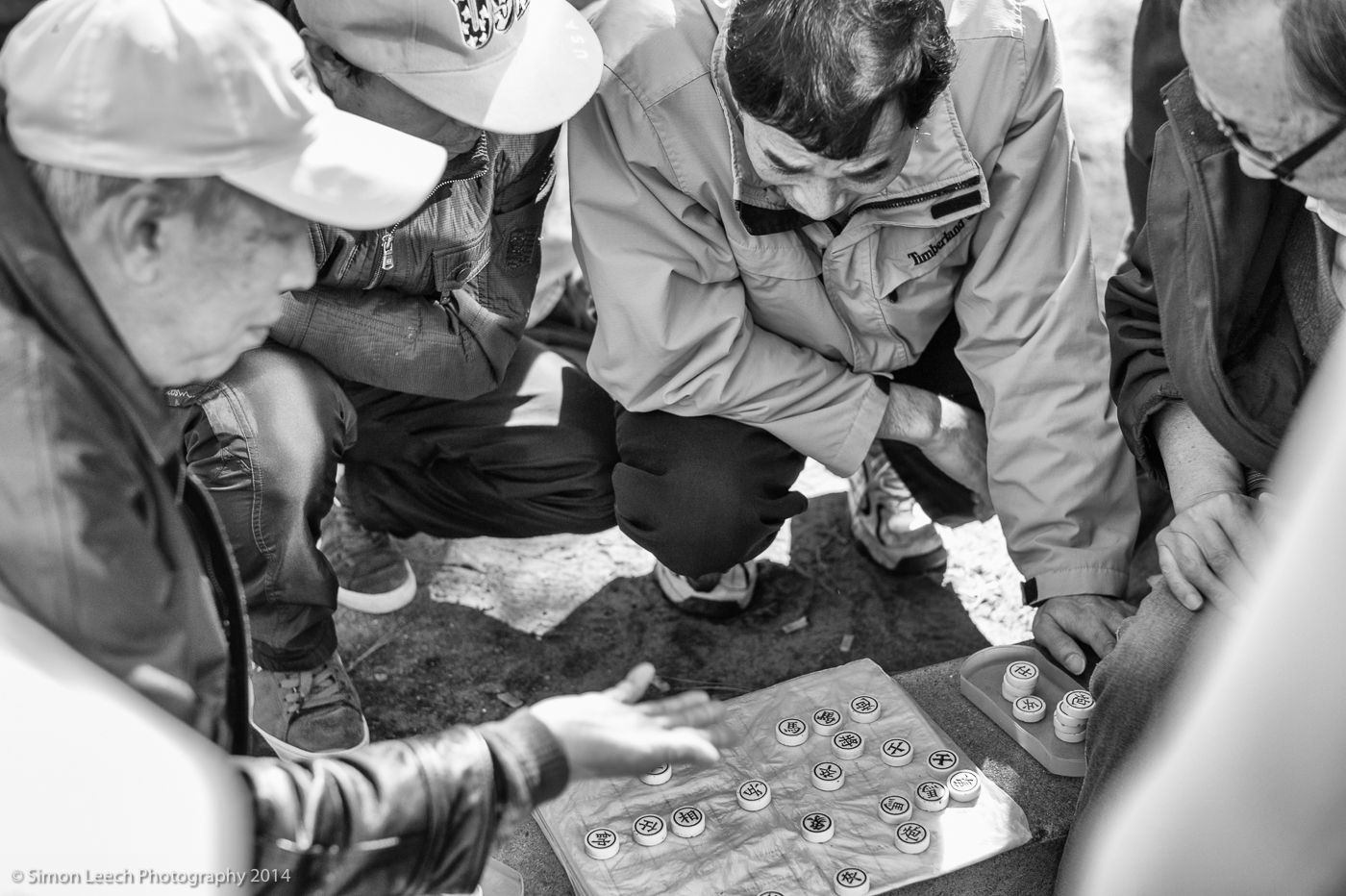 I did this with both of the shots in Chinatown here, but unfortunately this upset one of the other ‘inhabitants’ of the park – there are also a lot of ‘bums’ here, homeless/down and out Americans with nothing else to do but drink and sit around. One of them, a tall, bearded low life, took offence of me taking a photo of someone unconnected to him, and came over and started shouting at me. Quite entertaining, and when he finally tried to take a swing at me, I dodged, he lost his balance, and it ended up as a girly slap to the side of my head. Unfortunately that’s just one of the hazards of shooting in the street, and most of the time time nothing to worry about. Still, always important to keep your wits about you. 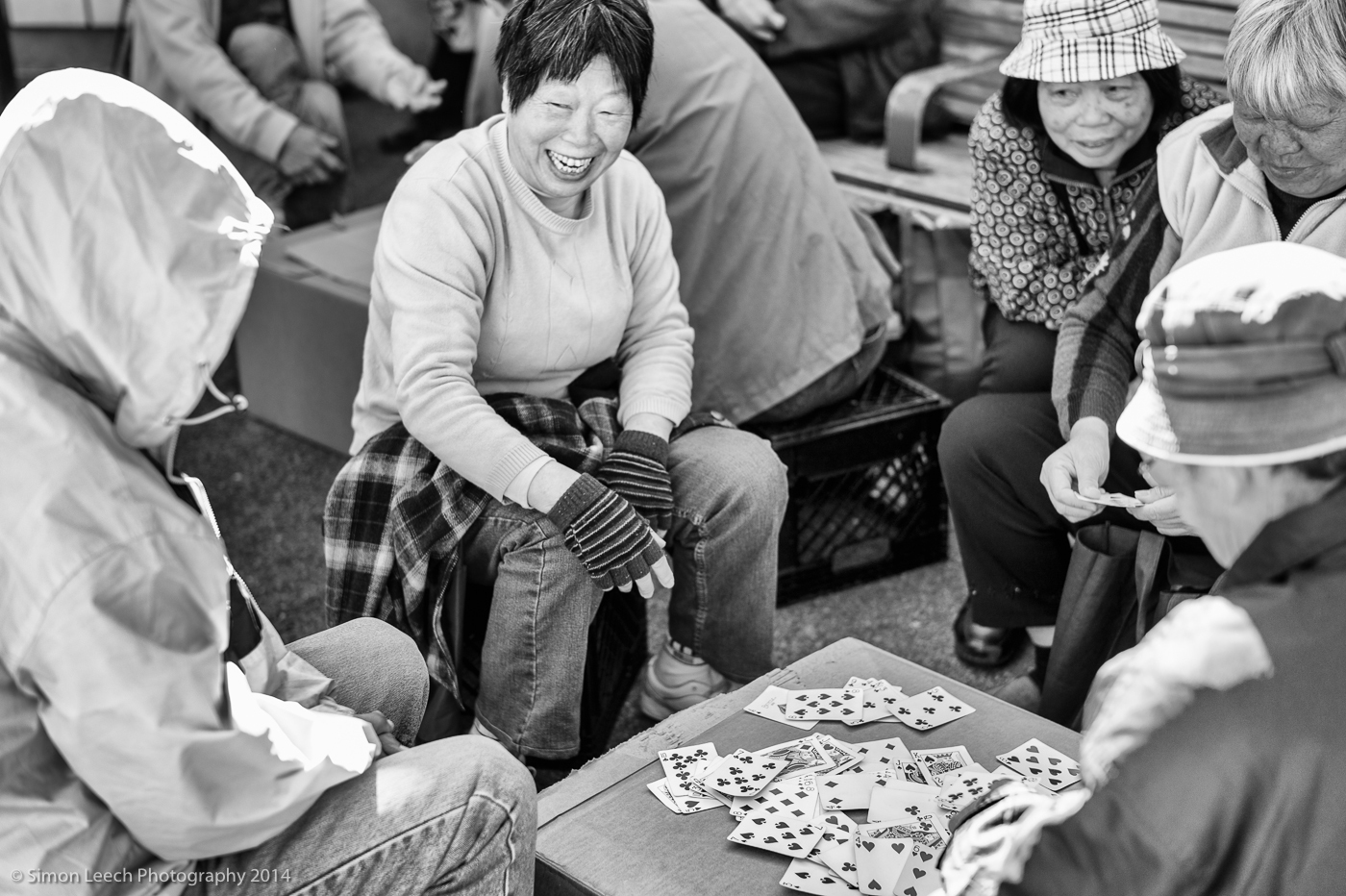 I then walked further down to the Embarcadero Center, and rejoined the bus tour. 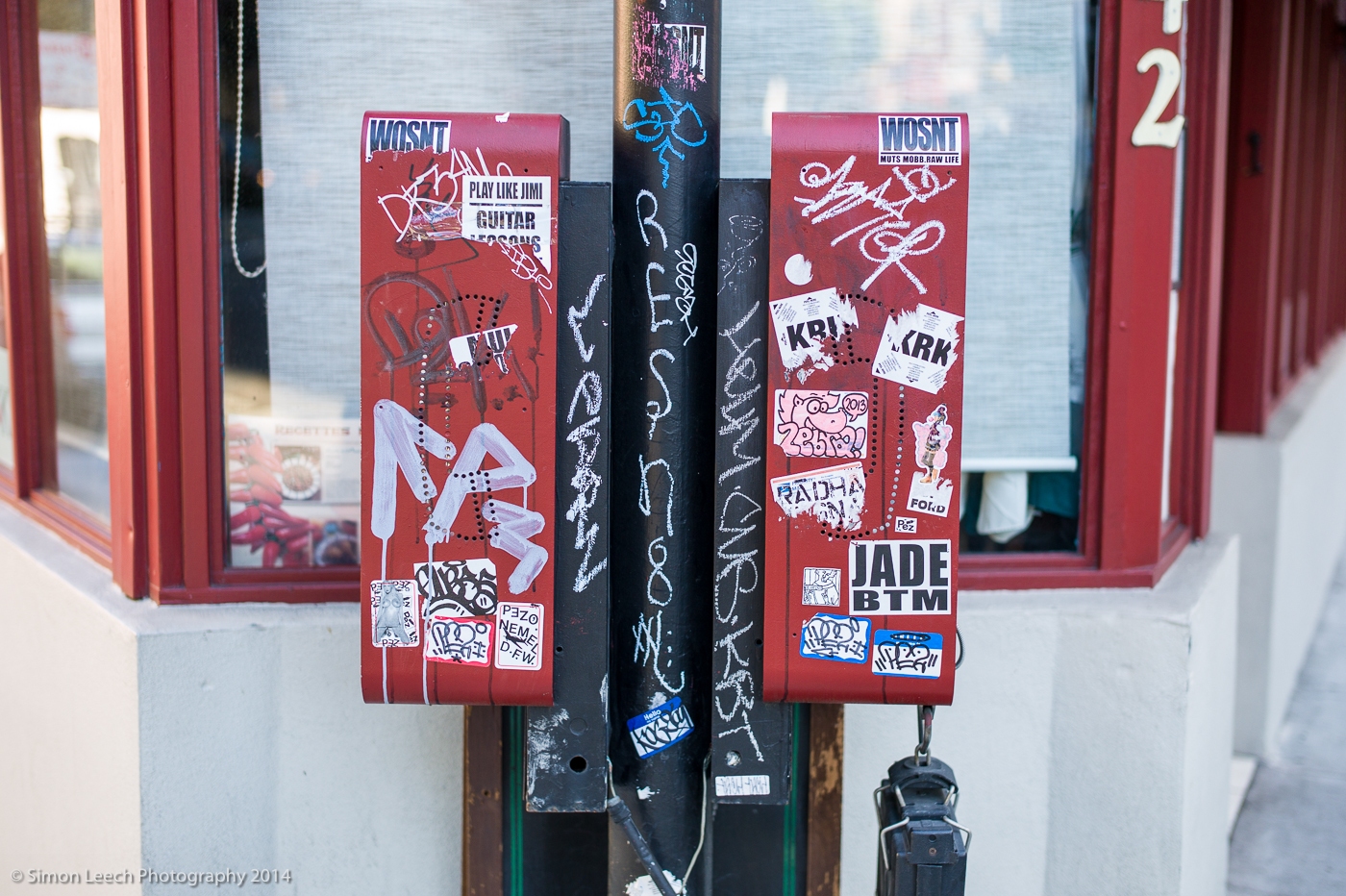 By this time the bus was heading for the stop where I had originally joined the trip, Union Square. However I decided to stay on board until the City Hall stop – I had seen this building when I passed the first time in the morning, and had worked out that the sun should be going down behind the building later that evening. Luckily my timing was good, and I arrived there with a couple of minutes to spare. I was happy with the resulting shot and it turned out to be one of my favourites of the day. 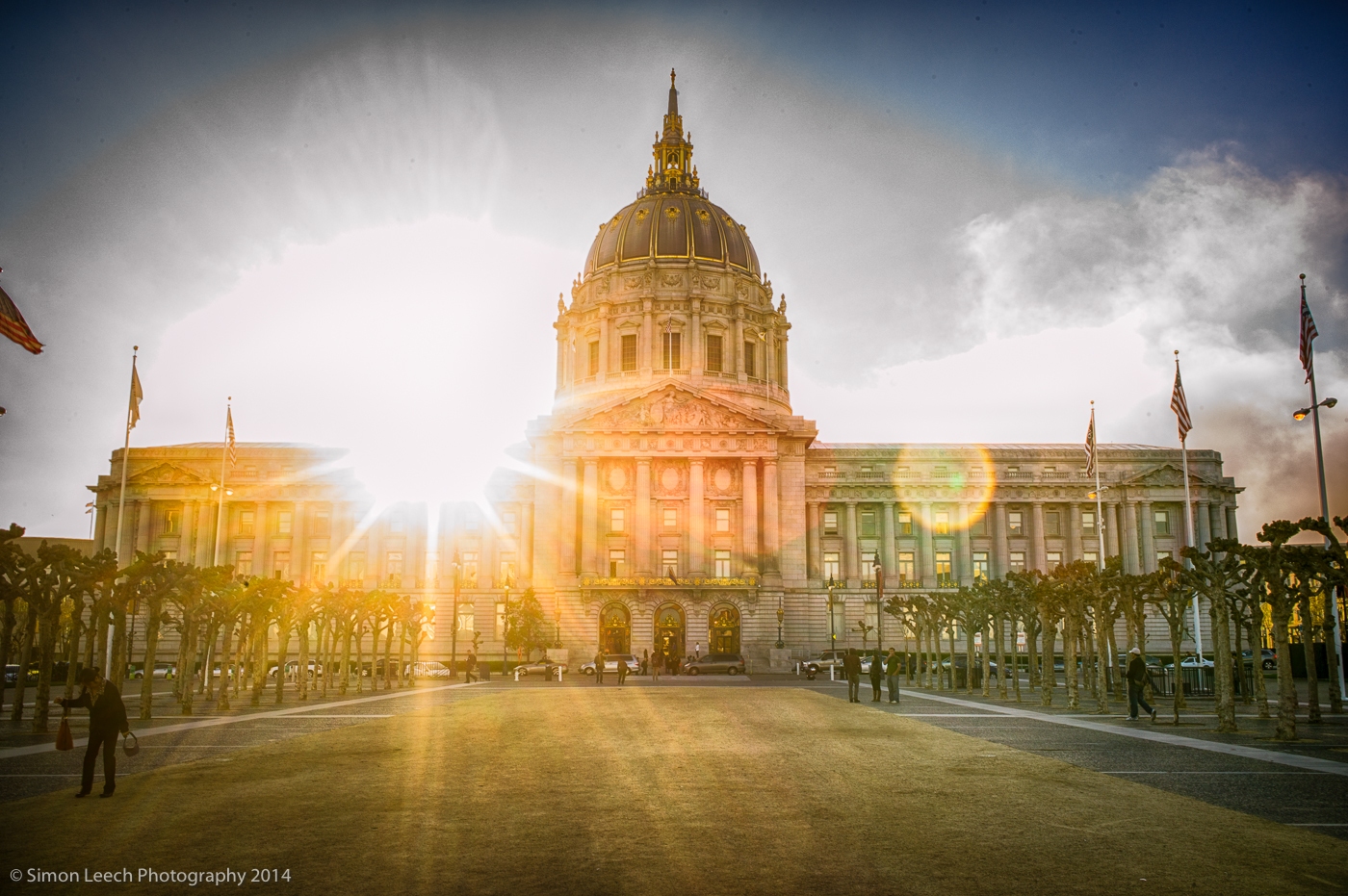 I chose Big Bus Tours to drive me round San Francisco, and would recommend it to anyone who is in town for a short stay and wants to see the most of the city in one day. The next day I spent a bit of time wandering around the Mission District, which seemed to be heavily under construction along the main street. 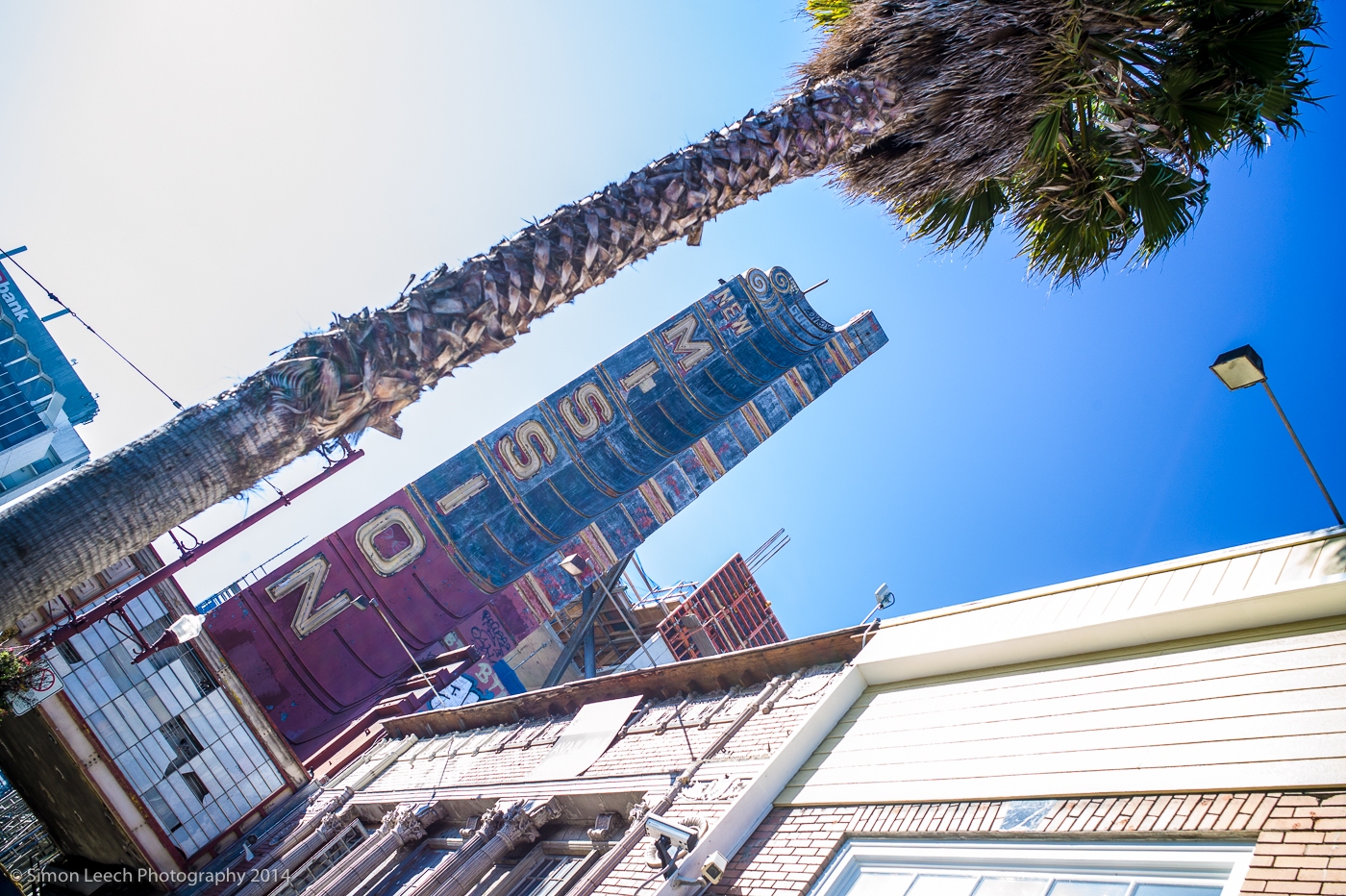 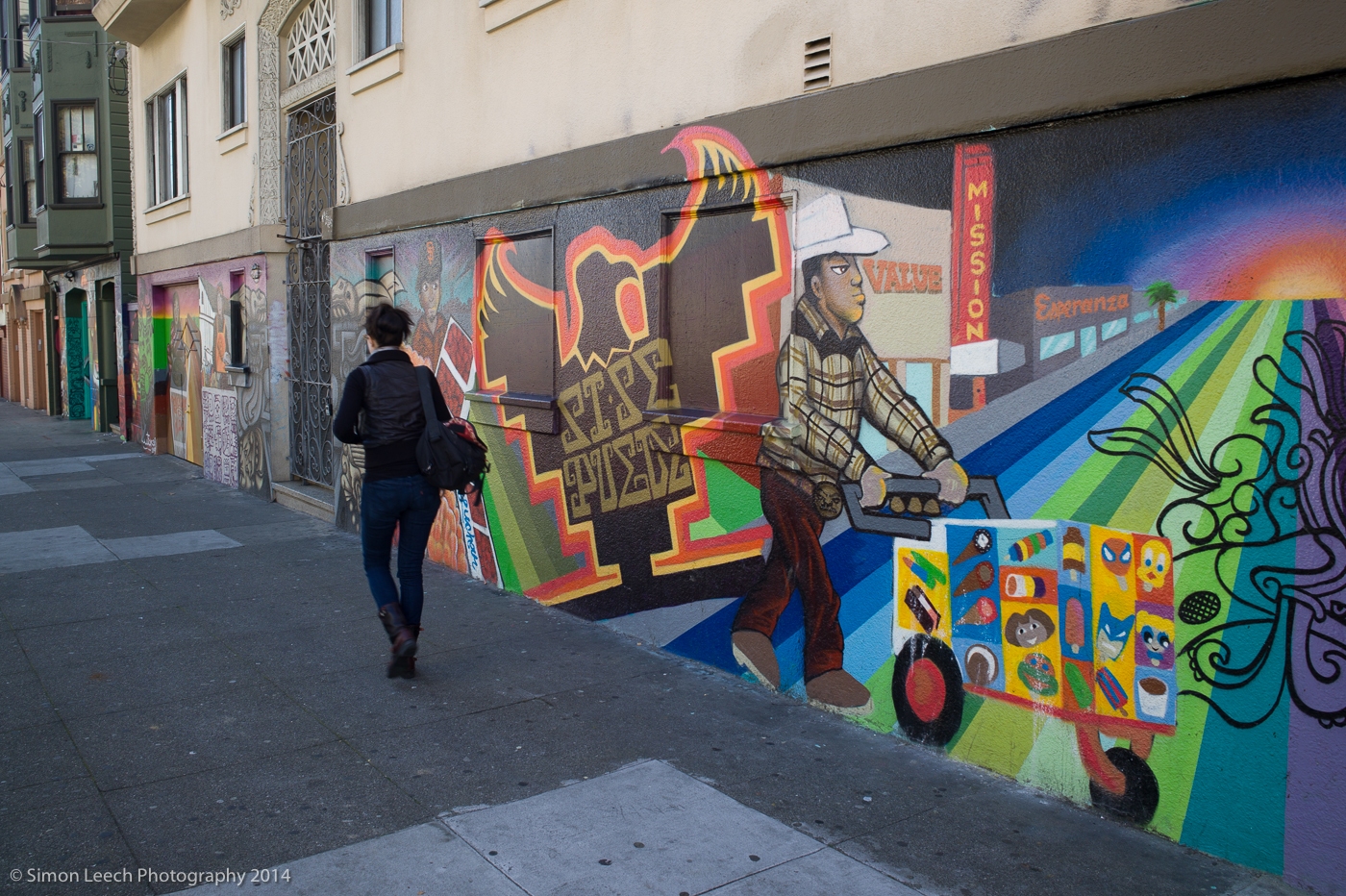 All of the shots in this post were taken with the Leica M-E, and either the Summilux 50mm ASPH, or the Summicron 28mm.