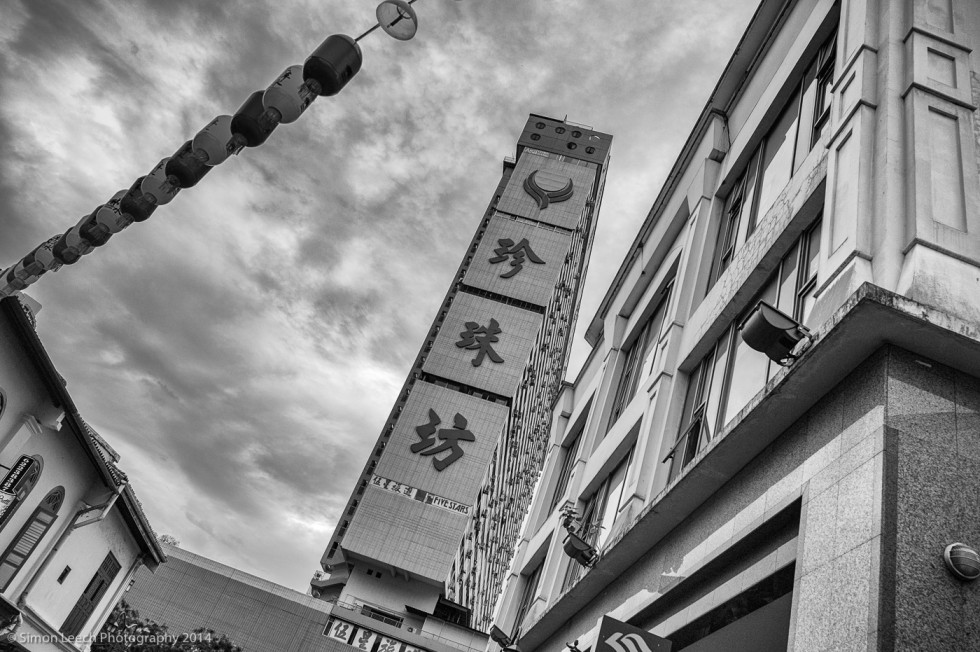 We started off our summer vacation this year by spending a couple of nights in Singapore en route to Bali. I had visited a couple of times in the past, and Kyoko used to live and work there, so for both of us it was a good opportunity to go back. Whilst Singapore is a fairly small country with only 700 or km2 of surface area, it is heavily populated with a 2013 population estimate of around 5.4 million inhabitants. What the sovereign state lacks in size, it makes up for in diversity, and the city is a mixture of differing cultures. When walking around the city there are easily distinguishable districts dedicated to the Chinese (Chinatown), the Indians (Little India), and the expats (Downtown Orchard Road area). I was able to spend some time in Chinatown wandering around the streets in the morning, and early evening. First stop was the Thian Hock Keng Tenple, or Temple of Heavenly Happiness, the oldest and most important Hokkien temple in Singapore. The temple was originally built as a humble joss house in 1821-22, and converted into its current form in 1839-42. The temple is right on the edge of Chinatown and the market streets are easily reachable from there. At the start of Pagoda Street, on the edge of Chinatown, is the Sri Mariamman Temple, the oldest Hindu temple in Singapore, serving the Chinese Hindus. As I passed by there were the beginnings of a celebration for one of the Hindu gods. The rest of Chinatown is a mixture of market stalls selling a mix of tourist souvenirs and more traditional wares, set against a backdrop of old and new architecture, houses and massage parlours, decorated with Chinese lanterns….. The clothes, make up, and jewellery in this rack are used to dress up the deceased in preparation for the wake, and the burial….. Scooting through Chinatown. Cos if you’re an American on holiday in a new city, that’s exactly what you’re going to do….. Roasted chestnuts from a street vendor. At a price of nearly 4 Euros for half a kilo, it shows that Singapore is no longer the cheap city it used to be. Unless of course you’re buying souvenir key rings, in which case you can get 30 for 10$ if you bargain hard enough…. All images in this blog post shot using the Leica M-E and Summicron 28mm.