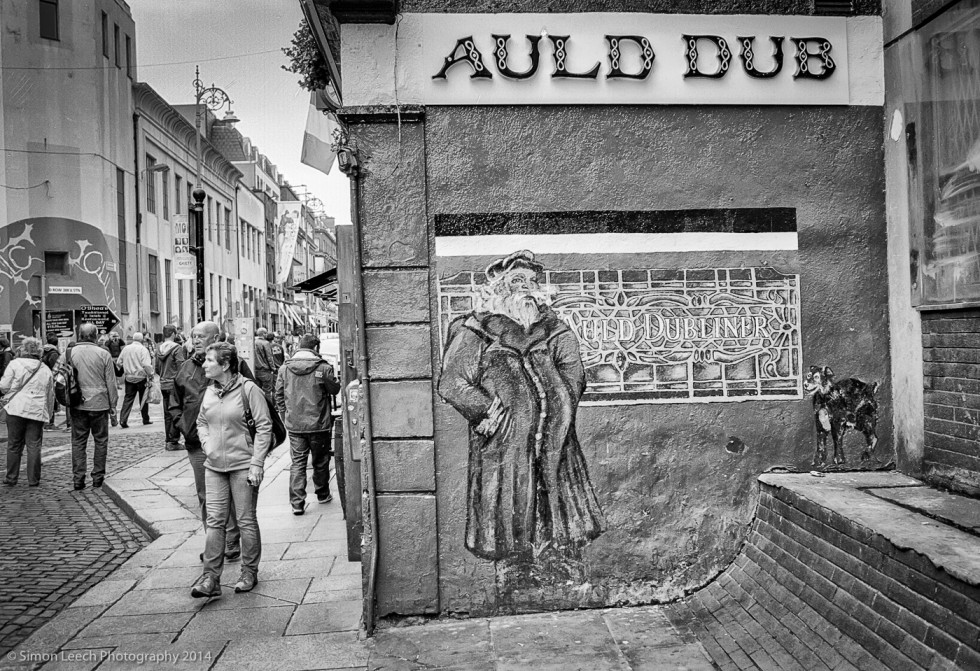 Due to a lack of practical flight connections between Dublin and Amsterdam, I decided to spend an extra night in Ireland after a recent customer event. Although our office is based in Leixlip, I caught the local train in the evening and headed for Dublin city centre. 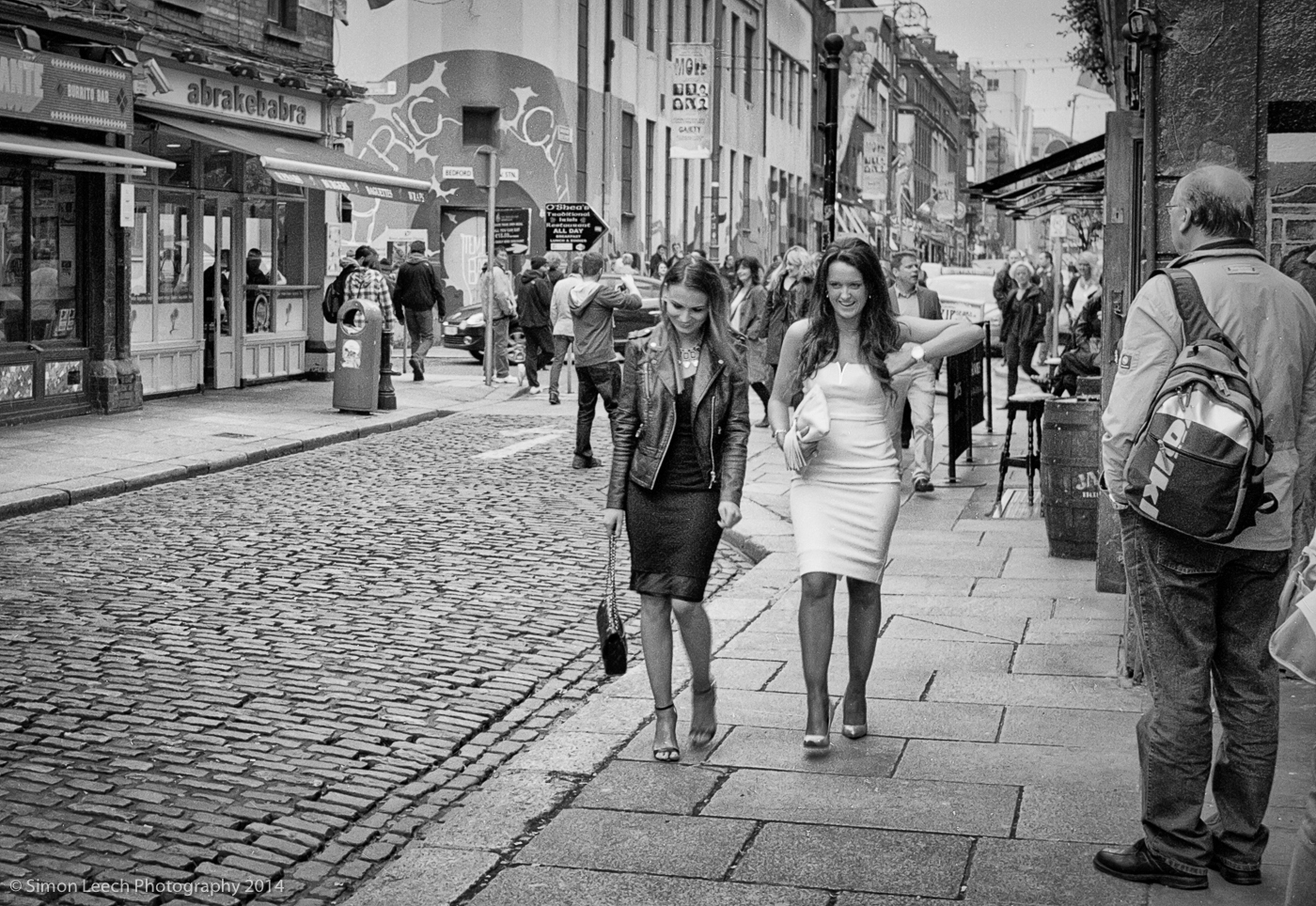 This was not my first trip to Dublin, but my previous visits have always been in and out on the same day, so I have never had a chance to do any exploring. I decided I would stay on foot, and go from the train station through the shopping streets, across to Temple Bar, and then head off in the direction of the Guinness factory. Although it was only the end of May, the sun wasn’t setting until around half past eight, so I figured I would have a couple of hours of walking time. 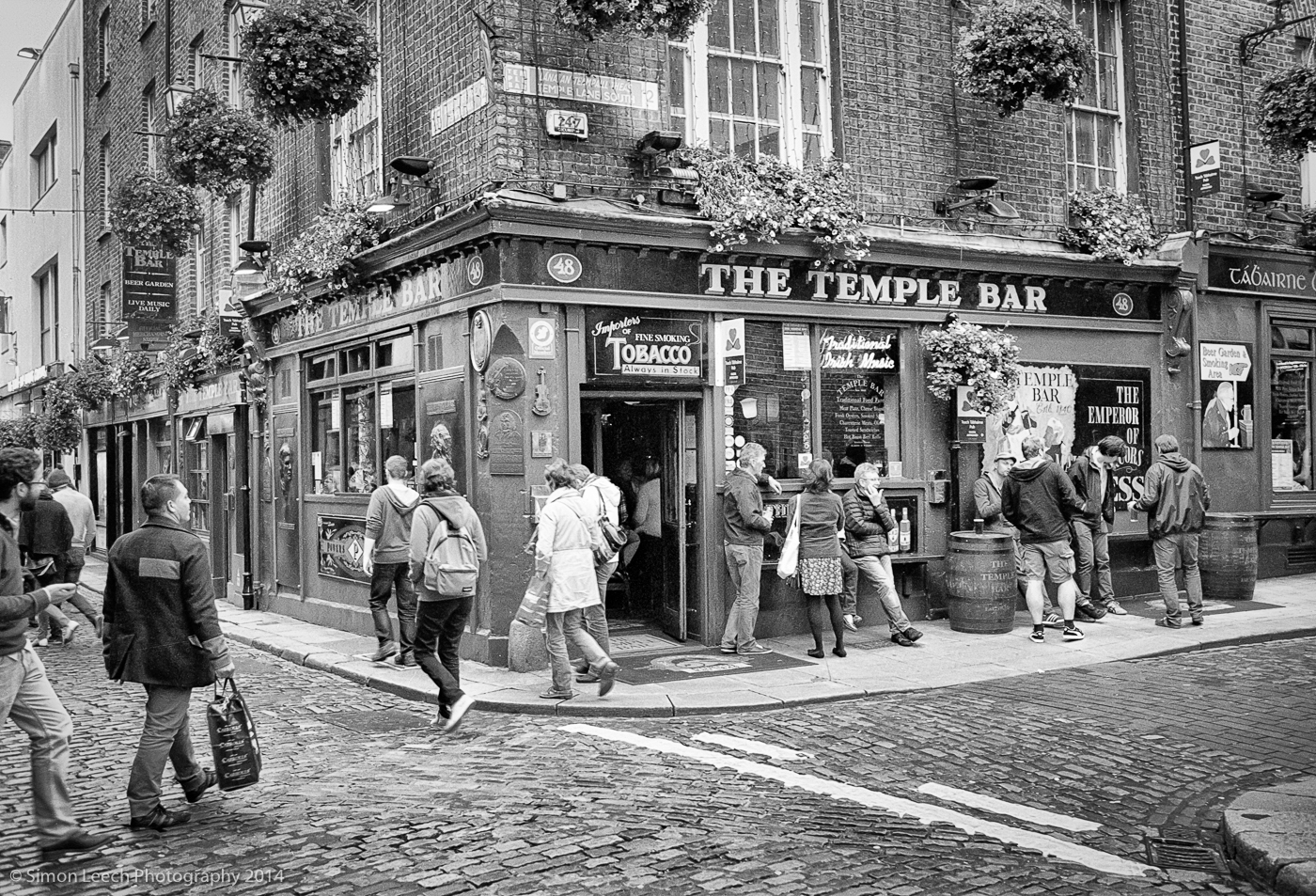 Since I was traveling light, I had crammed a spare change of clothes into my Tumi computer bag, and was only able to take my Leica M6, a 35mm Summarit, and a couple of rolls of film. 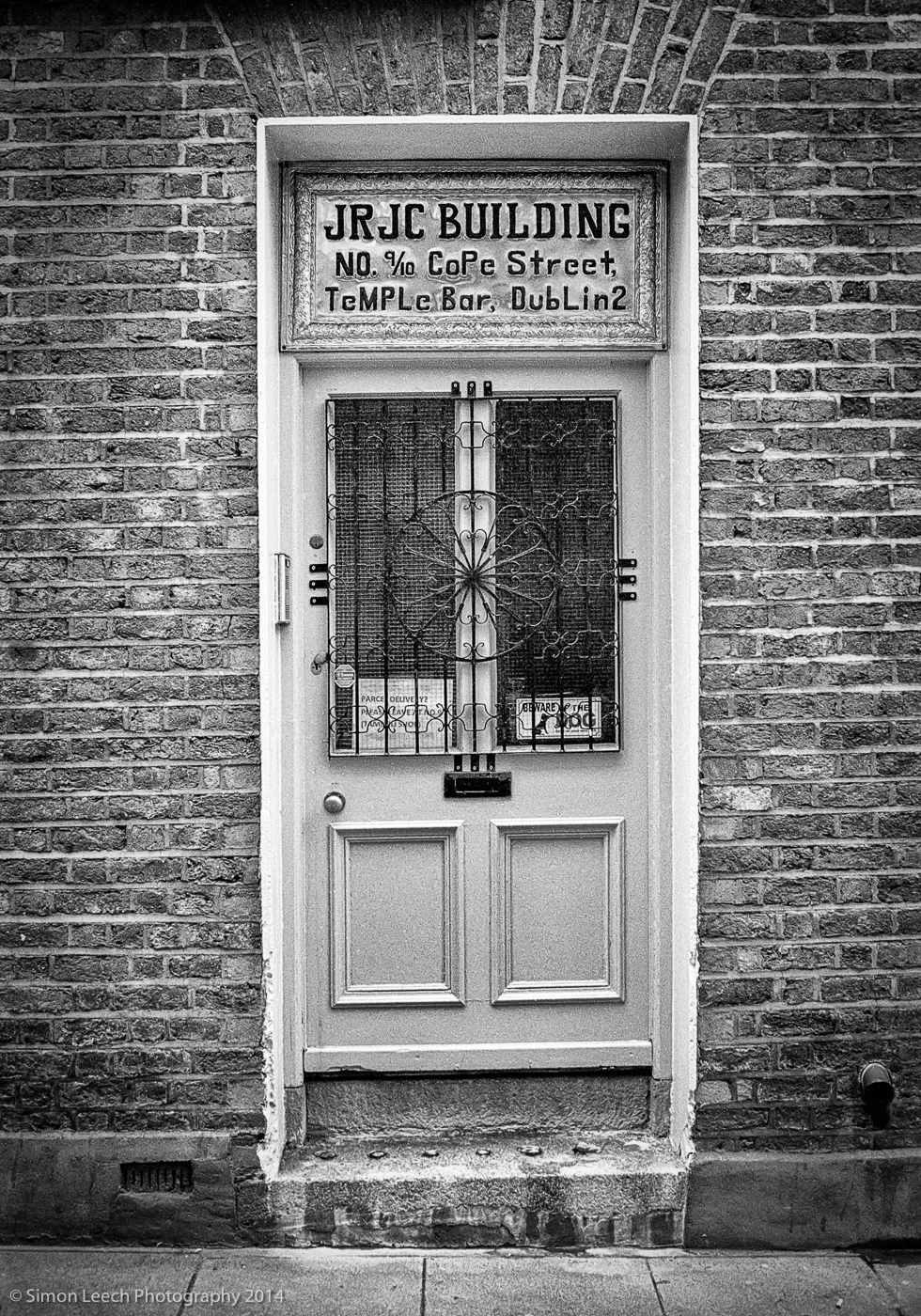 Shooting film instead of digital always slows me down a bit and makes me think a bit more about what I am photographing, so it is a good way of exploring a new location. I started off with Ilford XP2 for some black and white shots, and finished the evening with a roll of Kodak Portra 400. 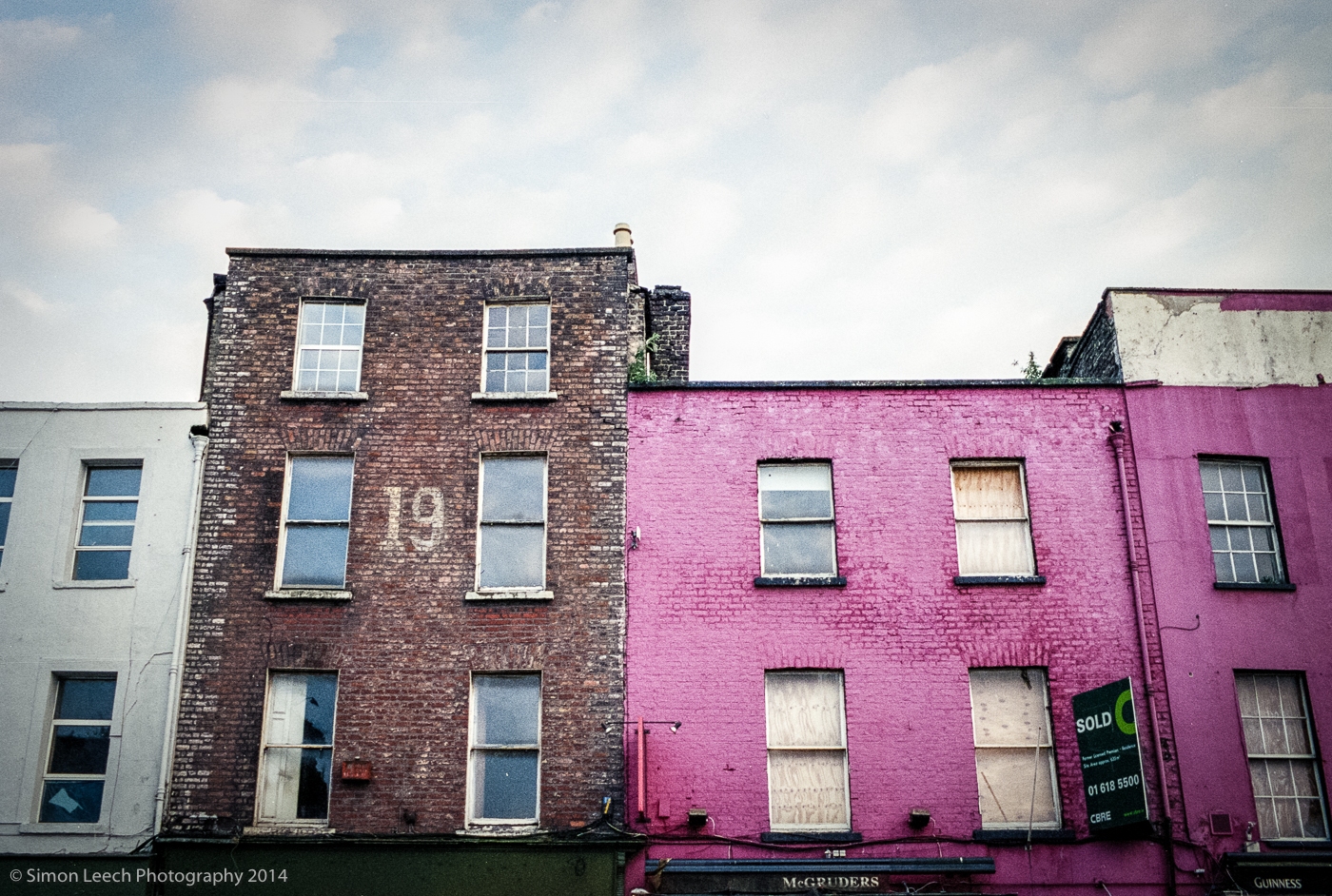 Although the Leica Summarit 35mm is a fairly modern lens, it works very well with film, and I am always happy with the sharpness of the negatives that I get back. My workflow consists of scanning the negatives using VueScan, and adjusting the exposure using Camera RAW and/or Lightroom. 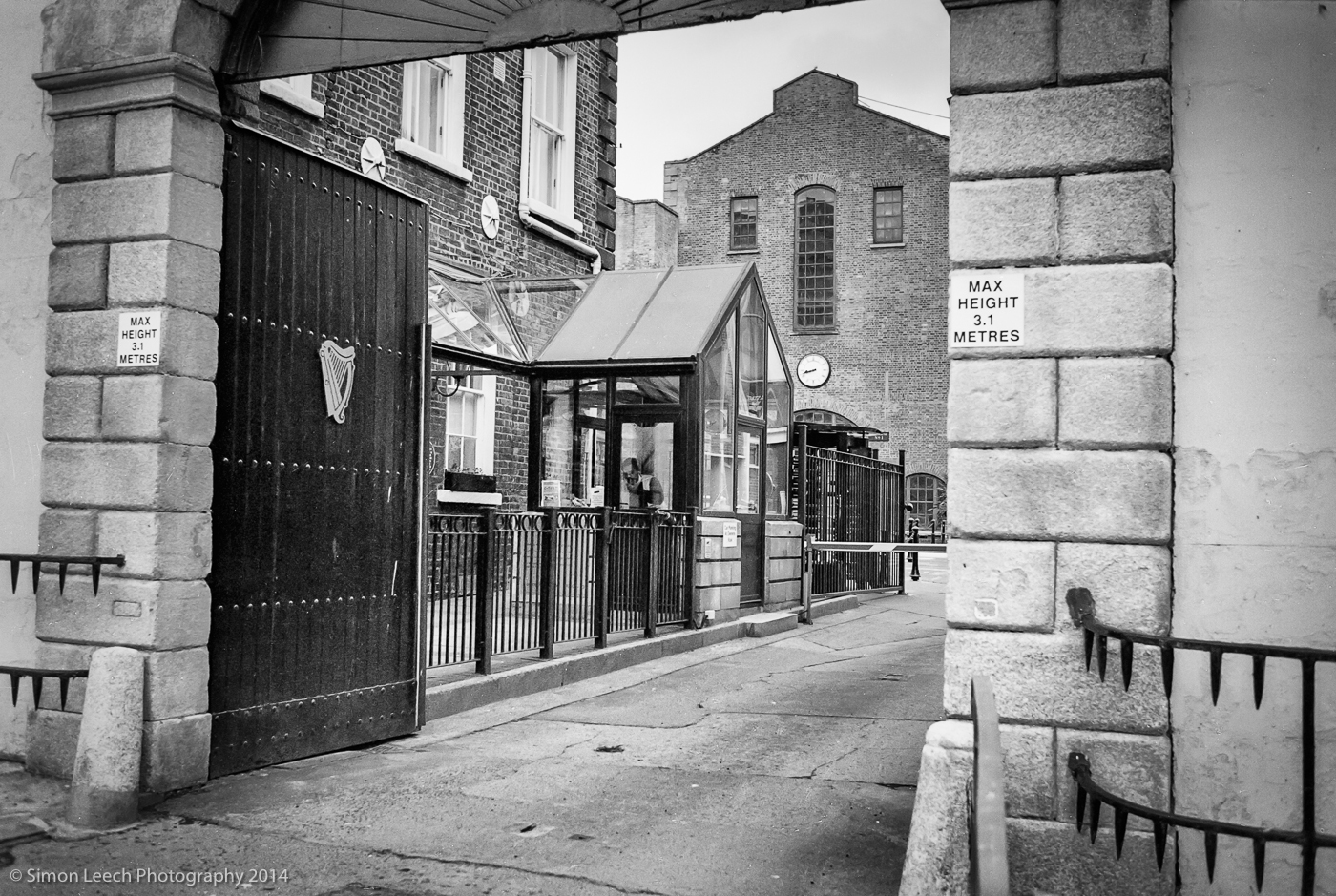 Guinness plays a big role in Dublin’s history, and since 1759 has run a brewery at St James’ Gate. Arthur Guinness took over the unused brewery, paying the city 45 GBP per annum for a 9000 year lease. The lease has since been bought out by Guinness, and the site expanded further, becoming the largest brewery in the world by 1886, although the company no longer wears that crown. 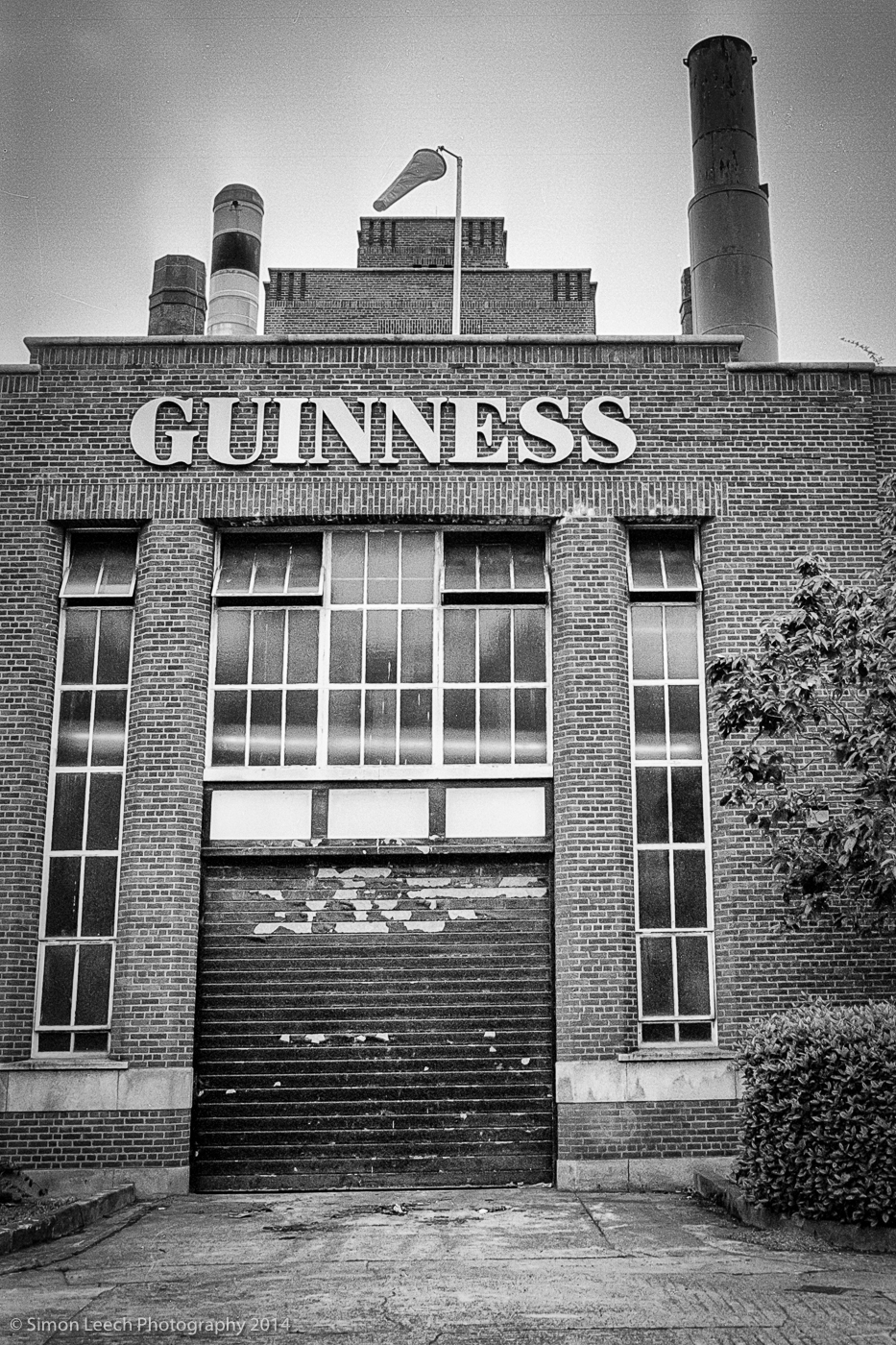 The walk around Dublin was enjoyable, although parts of the city are fairly run down. Of course, the abandoned and derelict buildings make for some interesting compositions, so I can’t complain. 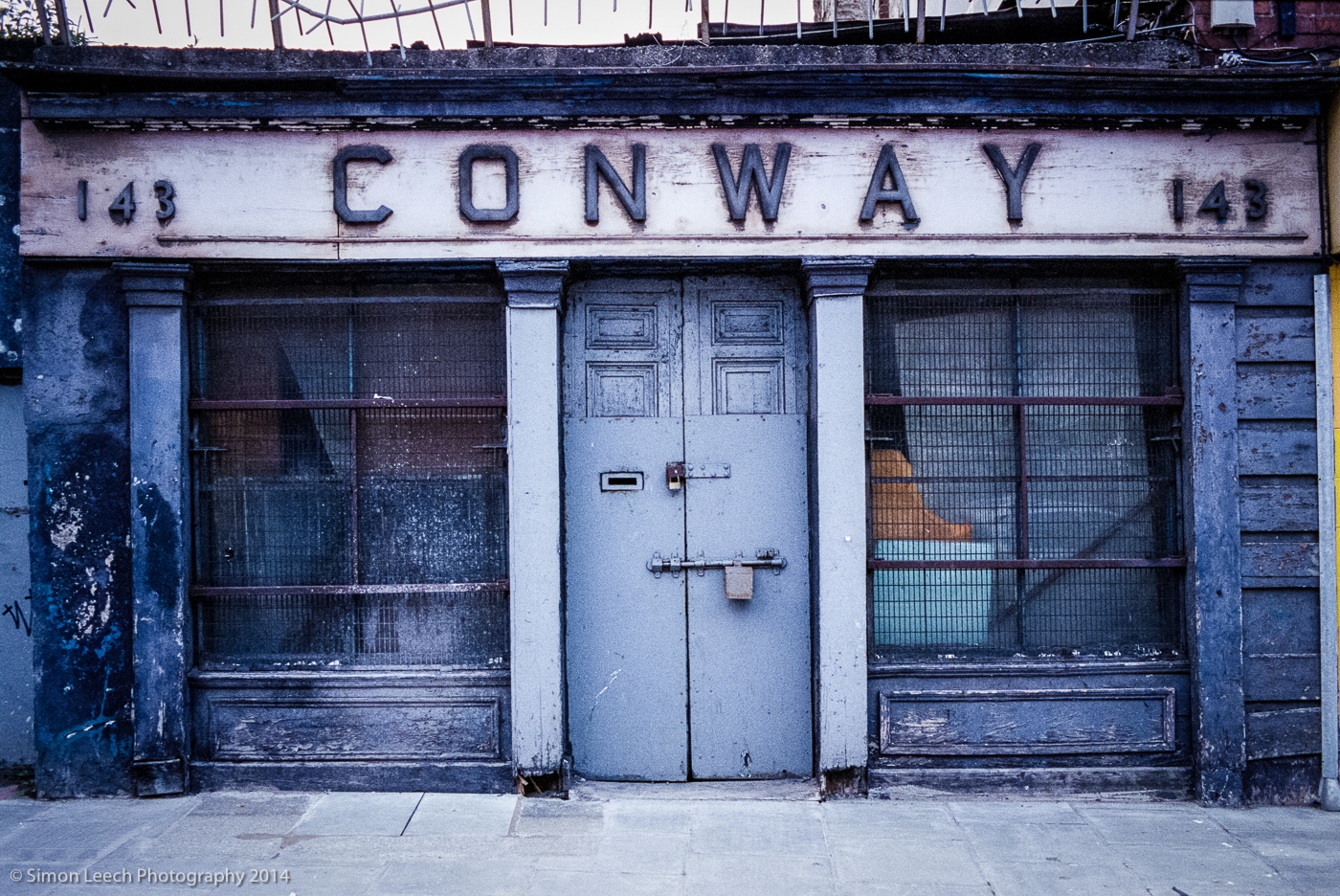 I hadn’t read up on the city before I traveled, so my wanderings were very random. By the end of the evening my pedometer was telling me I had walked almost 10km (in my uncomfortable work shoes, no less!) so it was good exercise. 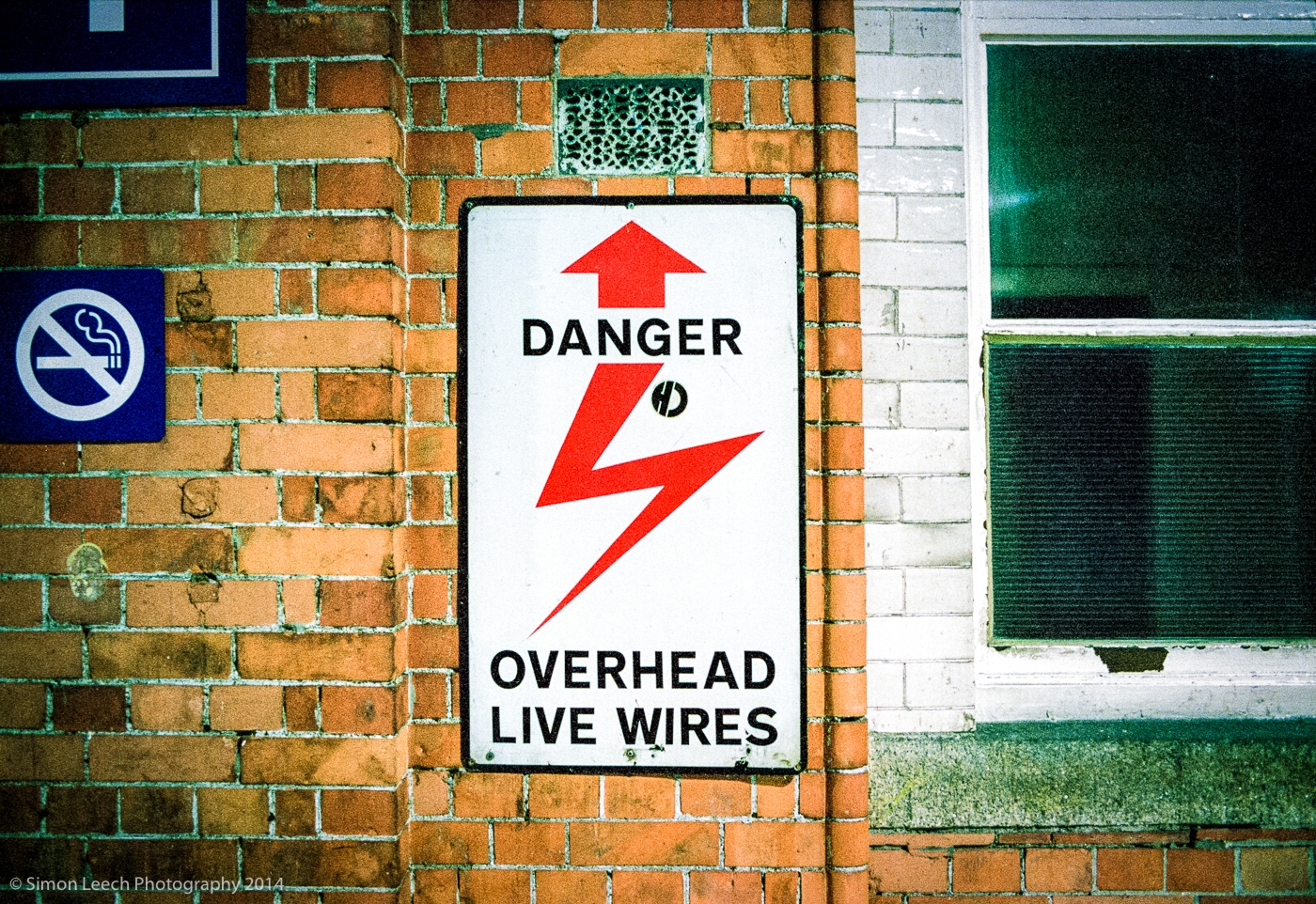 The building below is situated just outside the gates of Dublin Castle. The Sick and Indigent Roomkeepers’ Society is Dublin’s oldest charity and was created in 1790 at a time when the government had little to no policy on alleviating poverty. It was up to the Church and private individuals and institutions to collect money together to assist those in need. 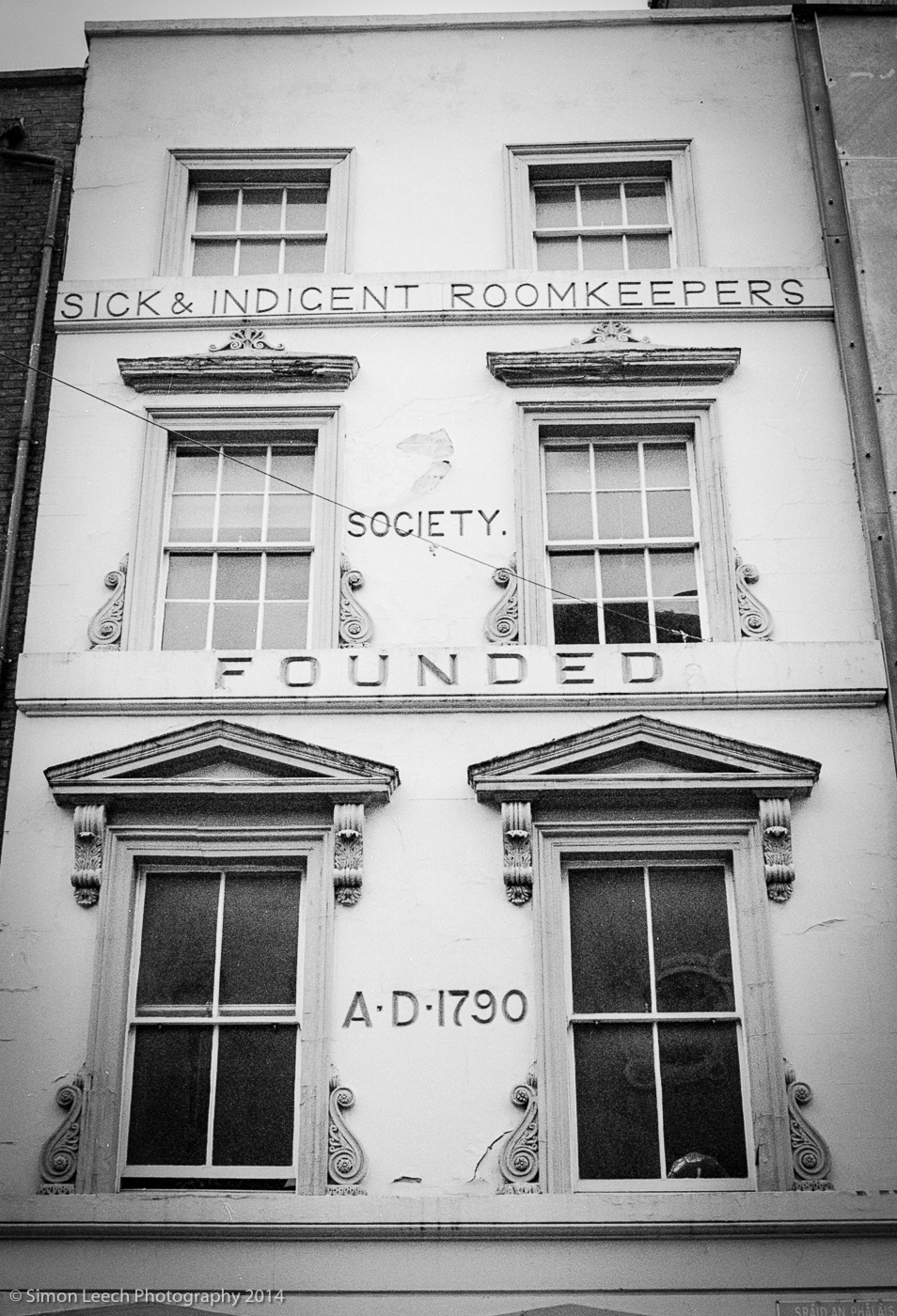