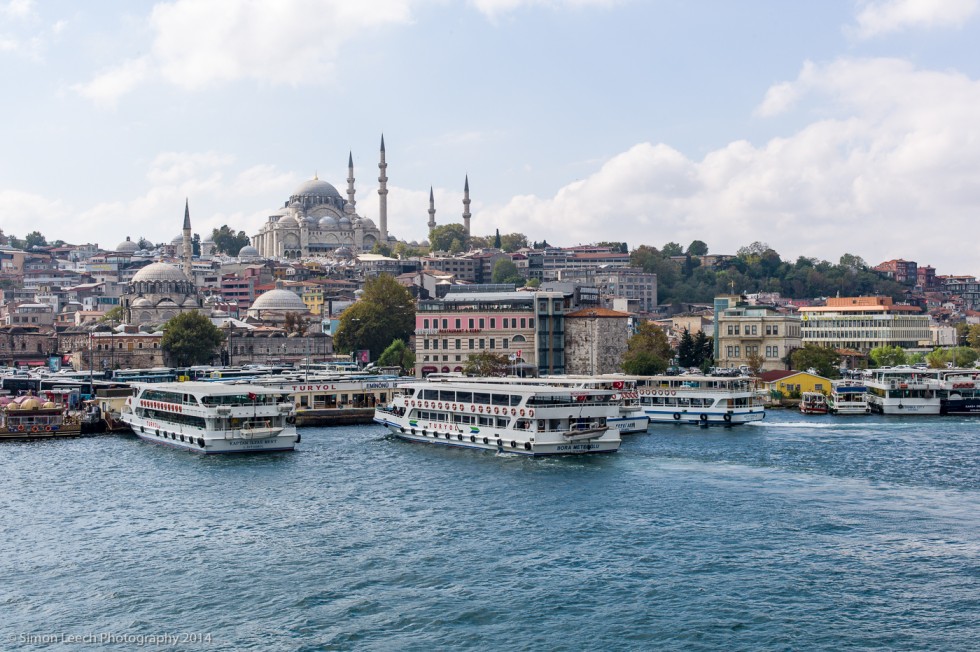 It’s been a while since my previous post looking at people sitting down in Istanbul. Here are some more photos from the same trip, looking at some of the stuff the locals get up to on a daily basis.

Selling pomegranate juice. Costs around a Euro, but freshly squeezed and tastes good, as long as you’re not too worried about the hygiene….. 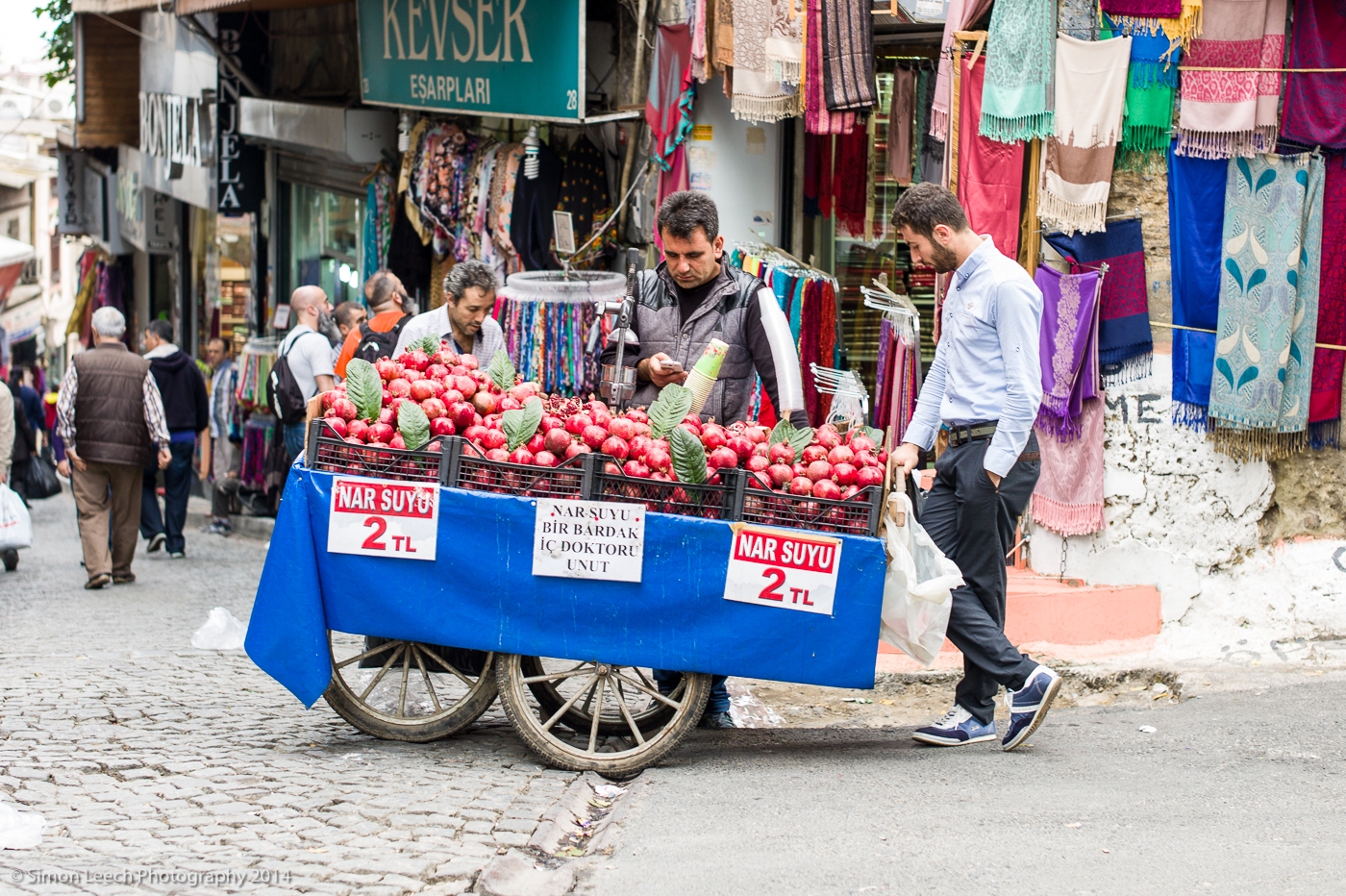 Washing feet. Essential if you plan on praying in the mosque…… 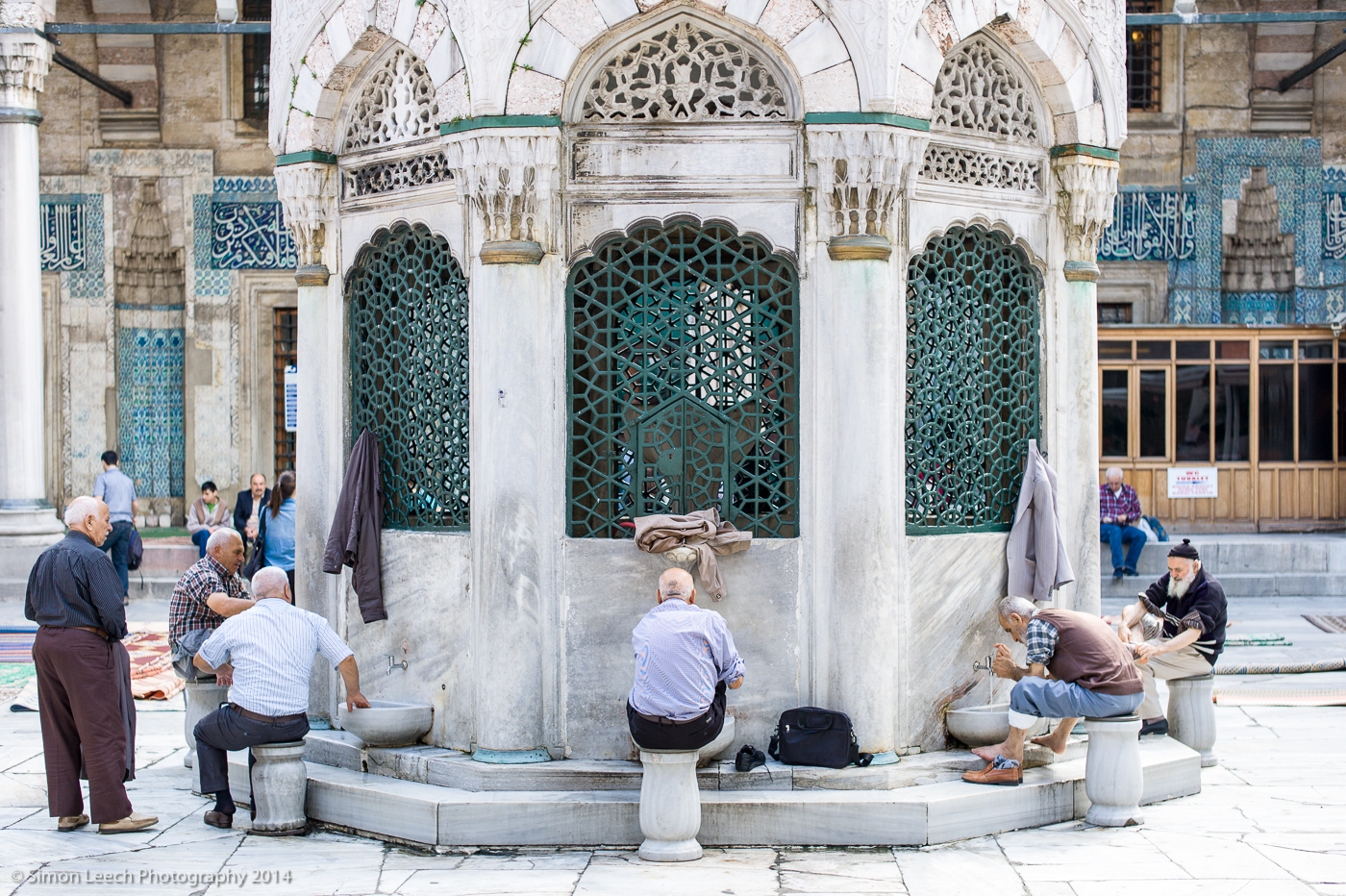 ….. and it’s not just because they like to keep the carpet clean 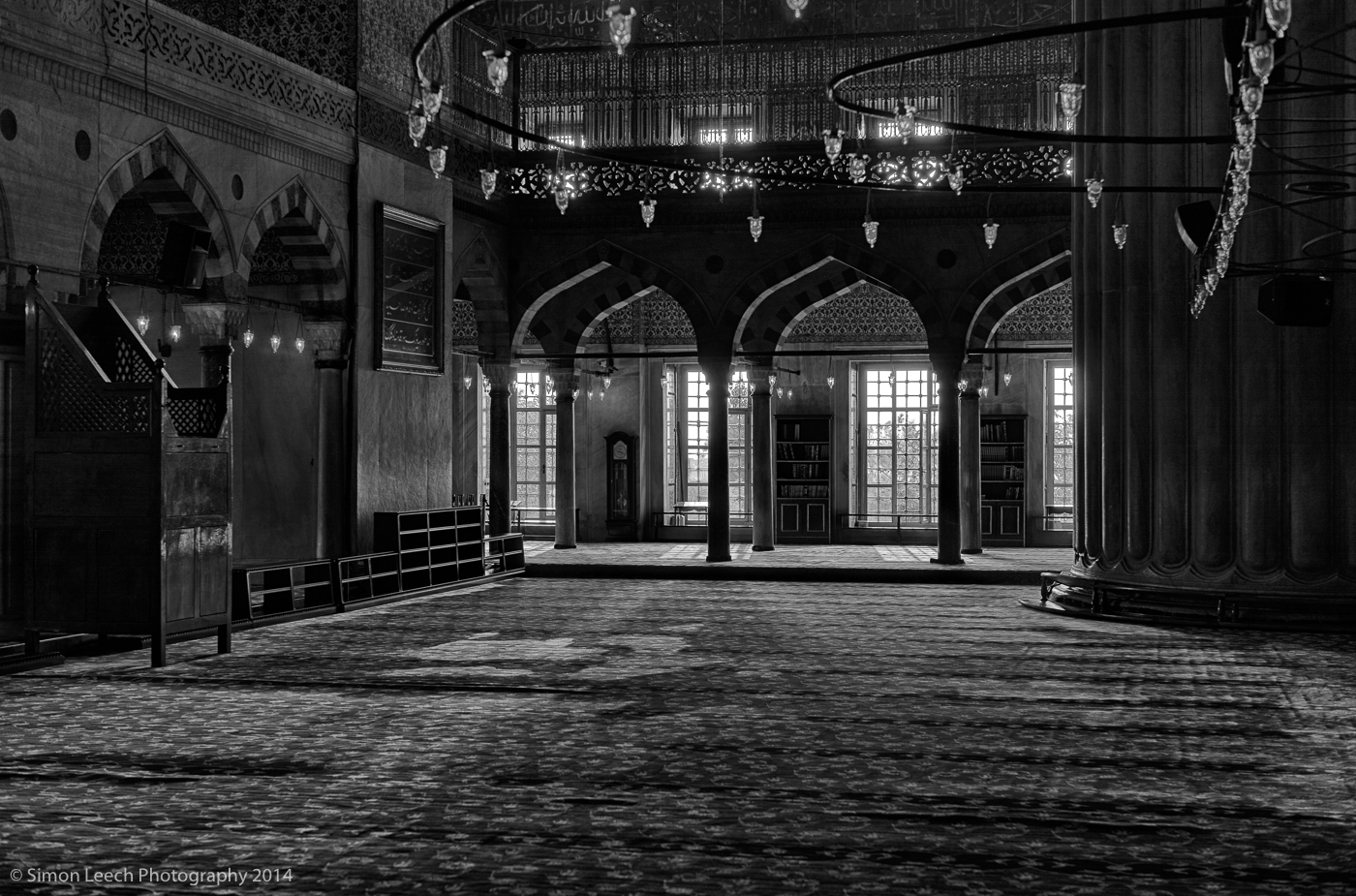 Fishing on the Galata bridge. Literally hundreds of people lined across the bridge trying to catch fish. The Golden Horn is pretty well stocked, so success is almost guaranteed, and you’ll either end up with a tasty meal for later, or you can sell the fish to the restaurants trading below the bridge. The restaurants then serve the fish in a roll (balik-ekmek), which tastes pretty good. Just don’t try the turnip juice, which doesn’t. The Galata bridge is also a good spot to see dolphins, and there were 3 or 4 playing around whilst I was there. 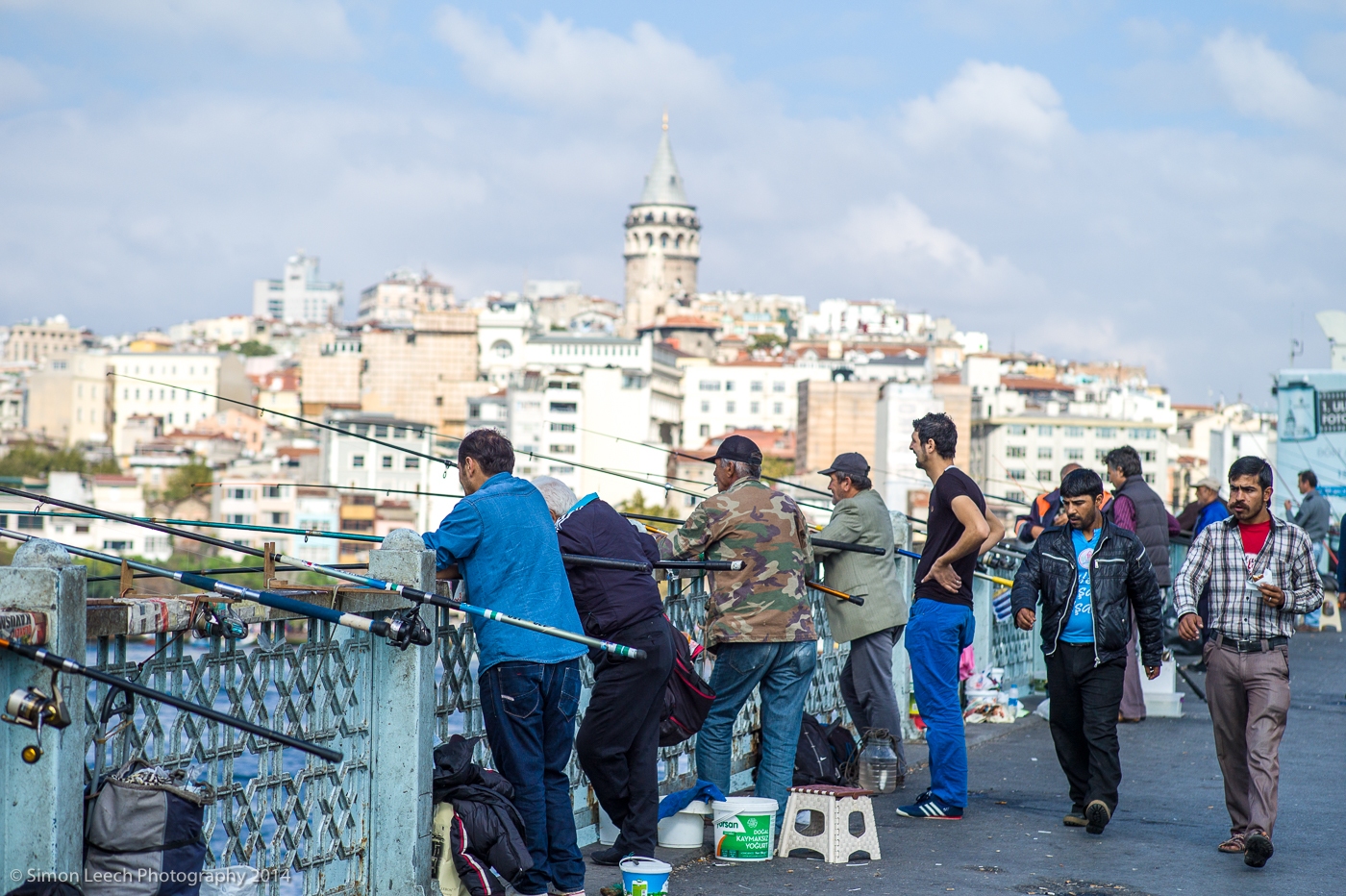 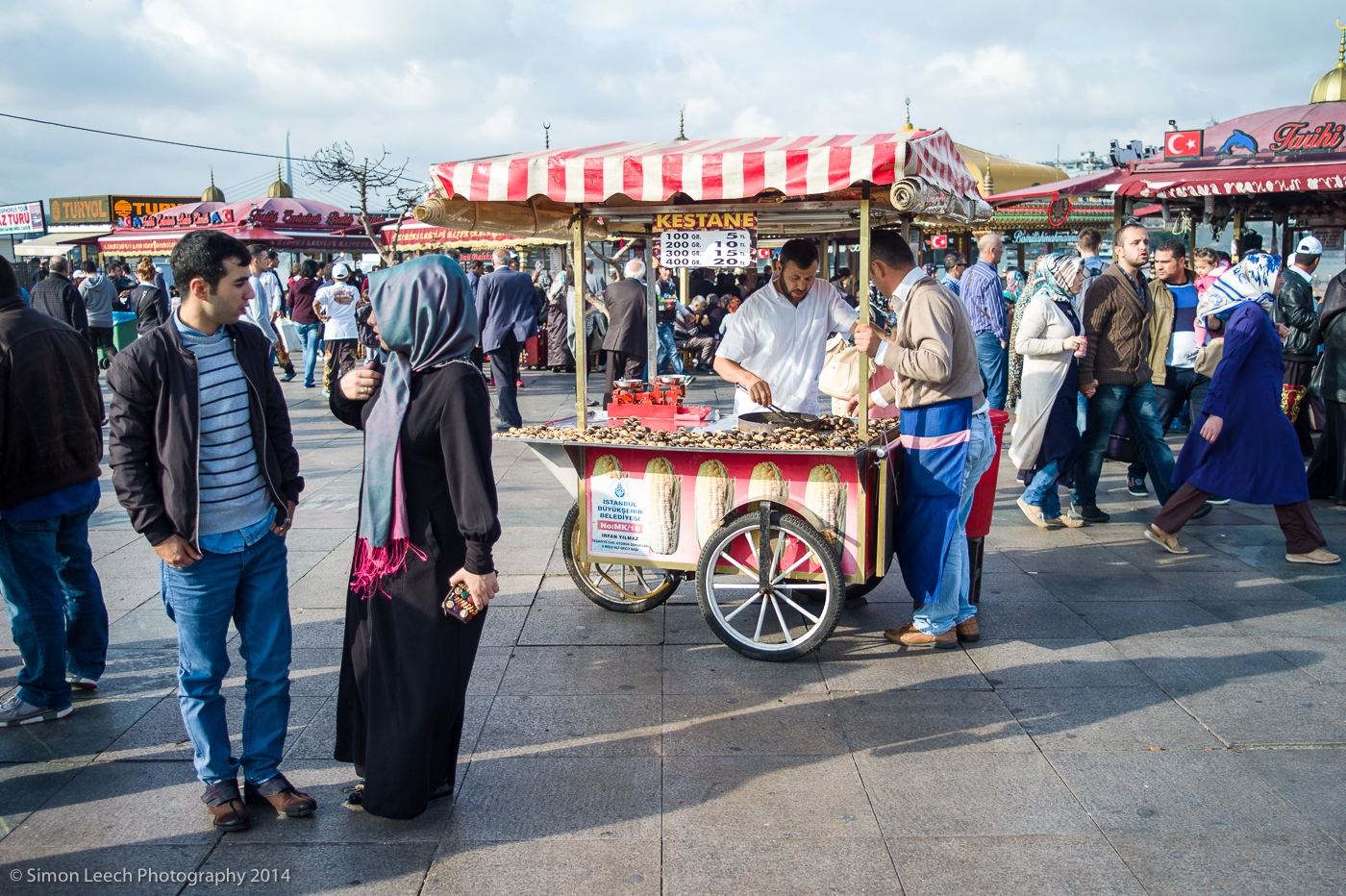 … or the middle of the night, together with a tasty cob of corn. 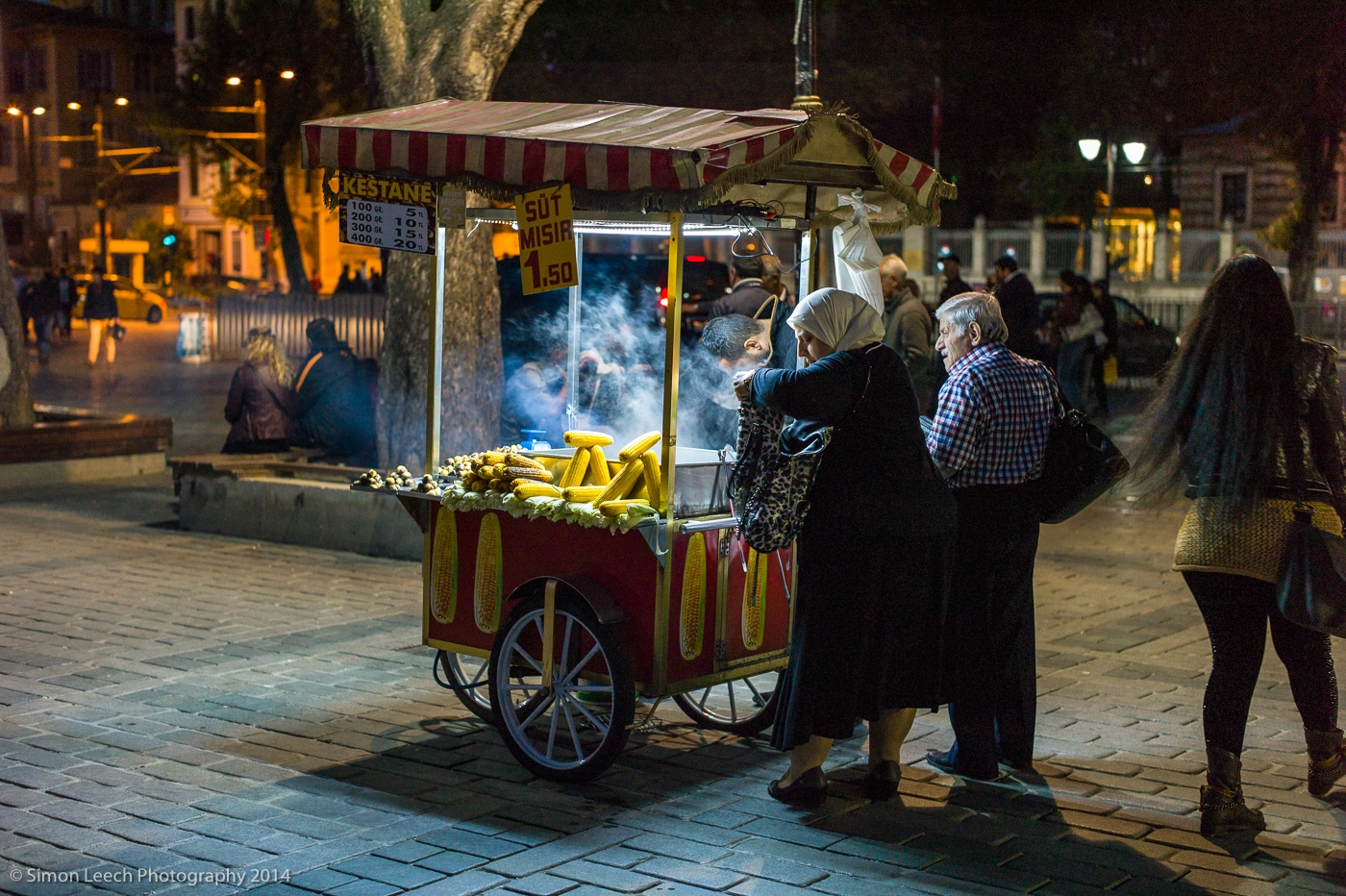 Selling flags. The Turkish flag seems pretty popular and well loved, and this guy was doing a brisk trade each time I walked past him. 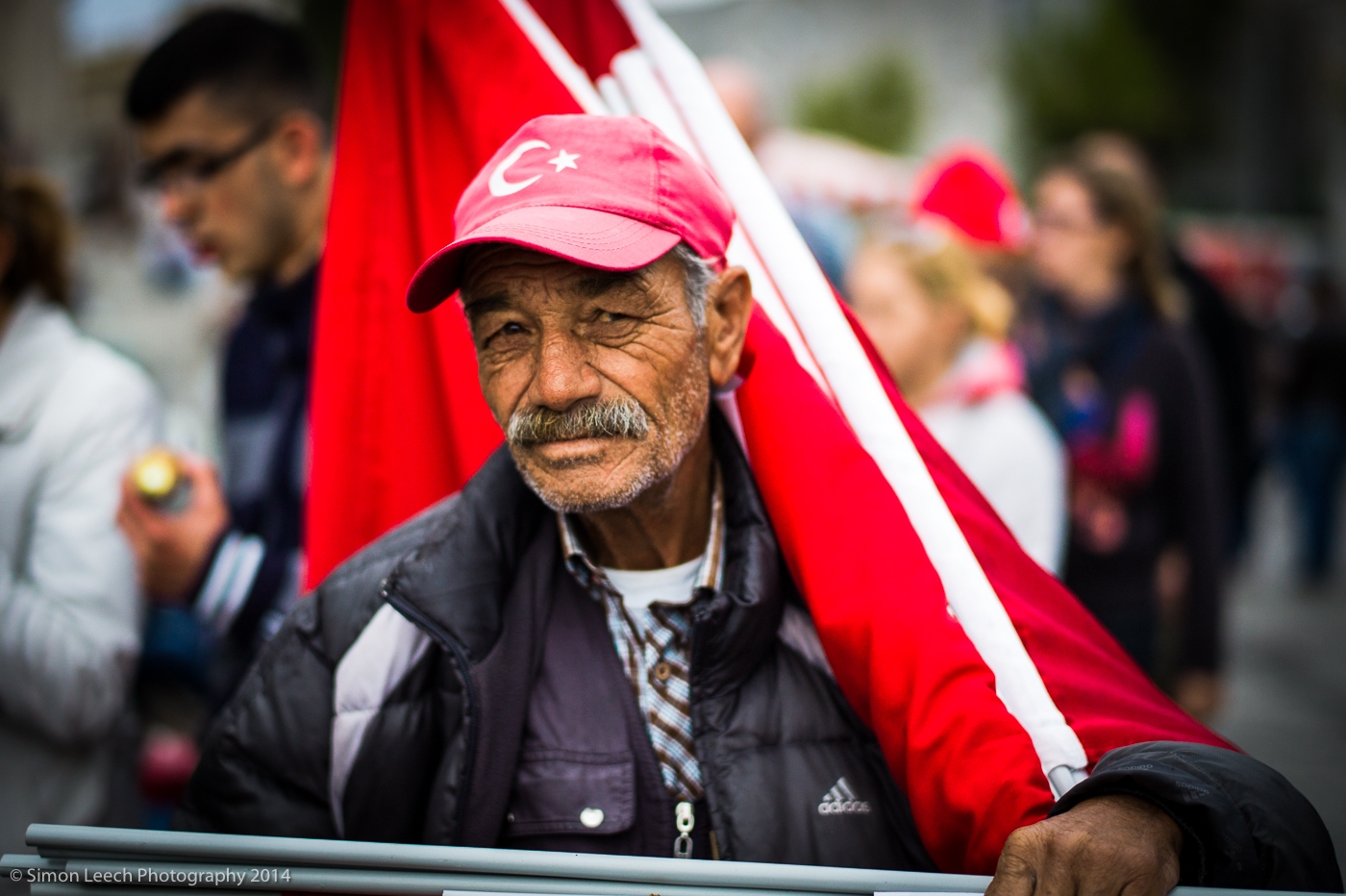 Ever wondered where to buy a plastic mannequin? Well look no further….. 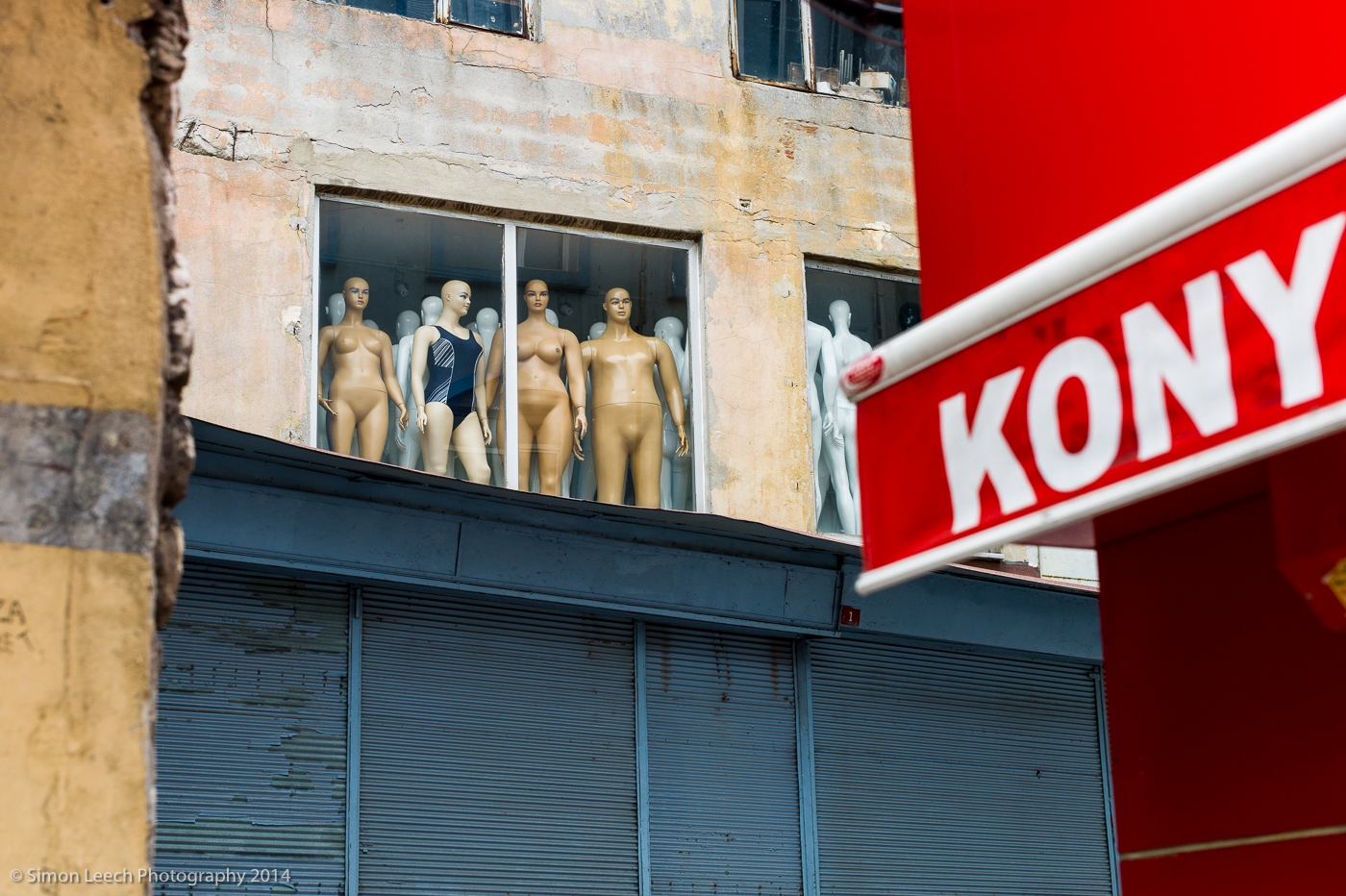 In my eyes, pigeon are vermin. Nothing more than rats with wings, noisy and filthy. But they seem pretty popular in Istanbul. Outside the New Mosque it’s even possible to buy a small bag of pigeon feed to make sure they don’t go hungry. The guy selling the feed at the back of the picture had an old analogue SLR hanging in the back of his cabin….. 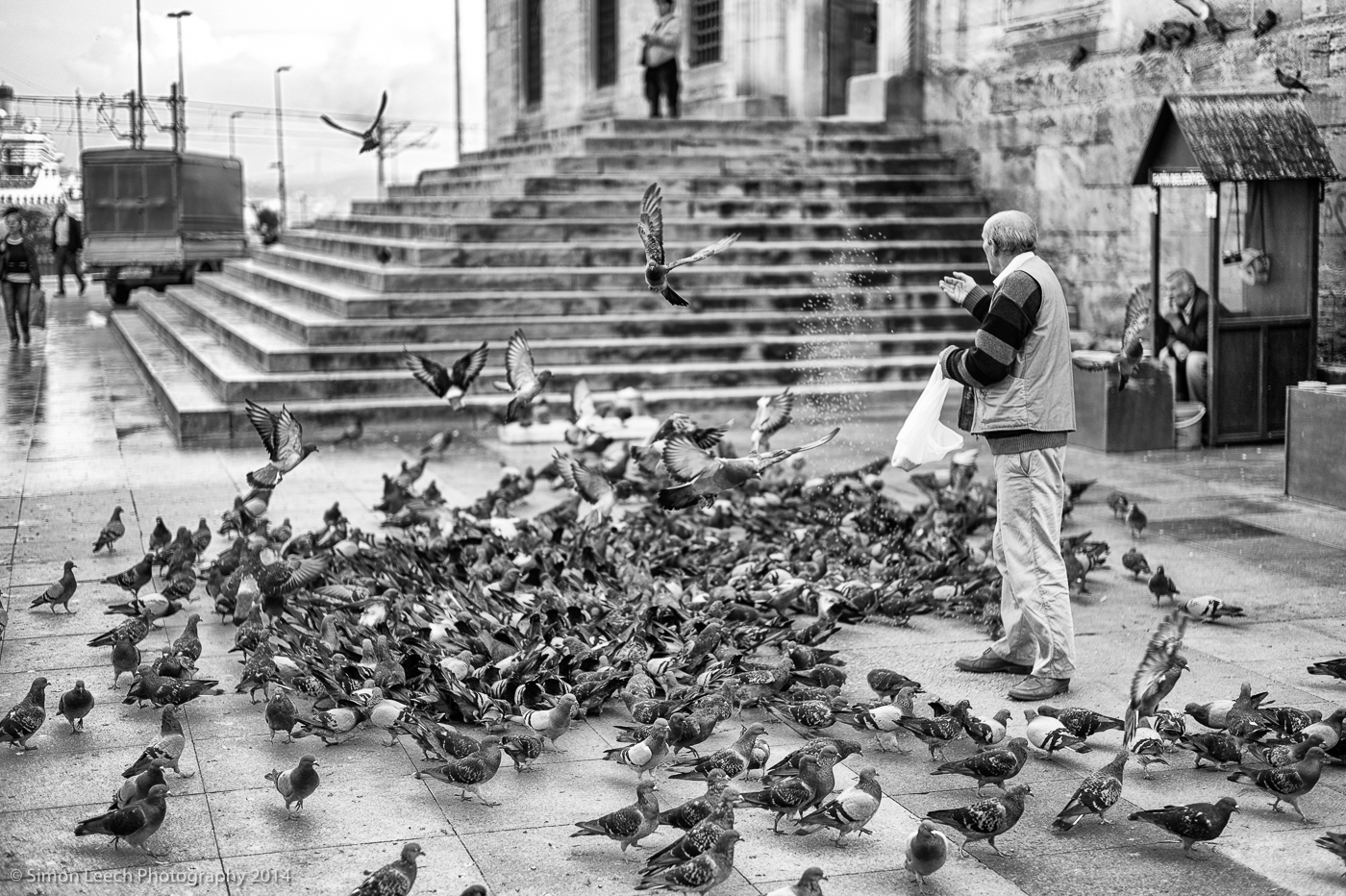 If you can fit it on the back of a handcart, you’ll be able to find someone somewhere willing to pull it around for you. 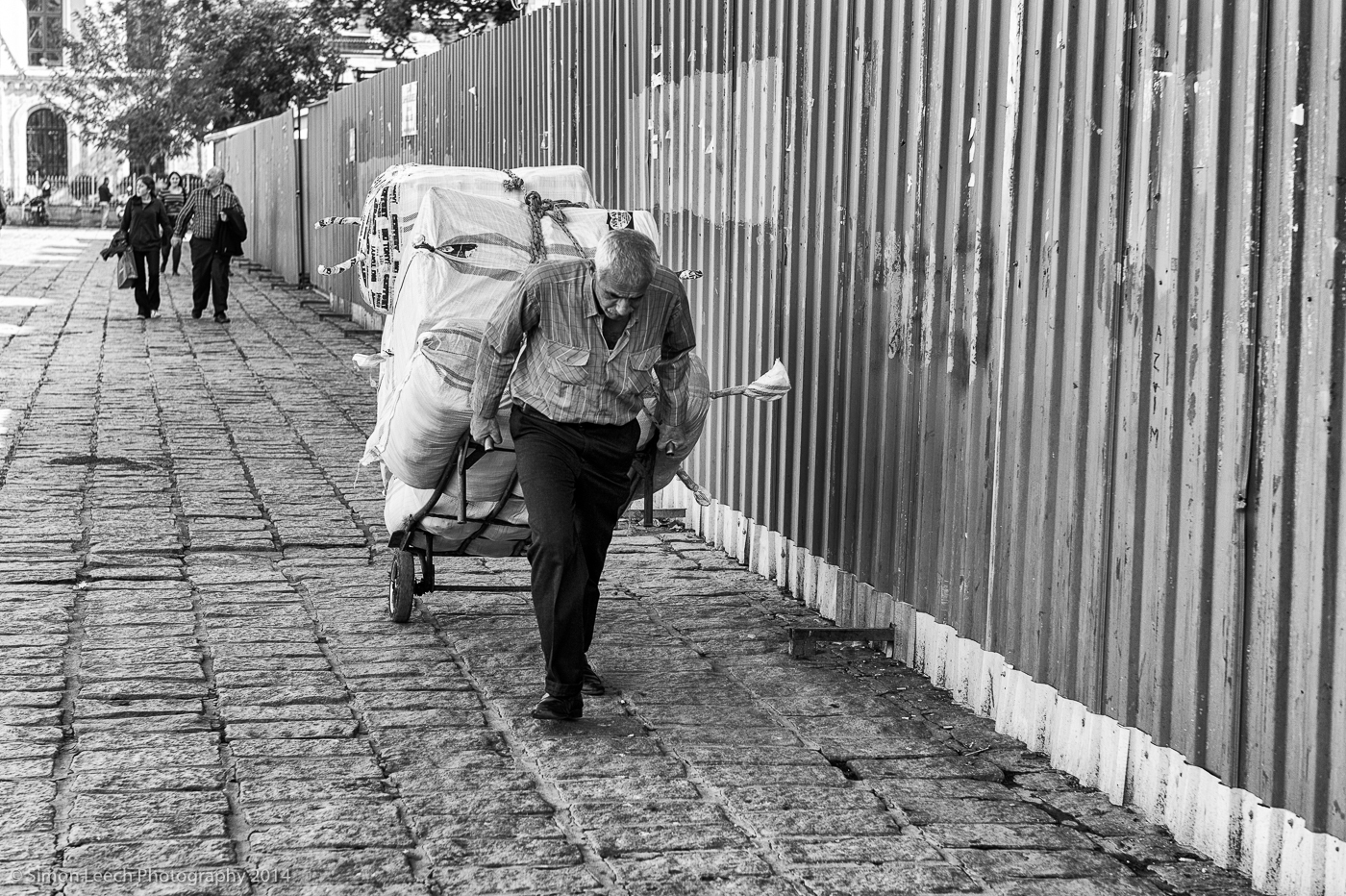 This guy was trying his hardest to sell the prayer carpet over his shoulder. Or maybe it was a magic carpet? In any case, it wasn’t very popular with the punters, and he didn’t have any success in selling it when I was there. 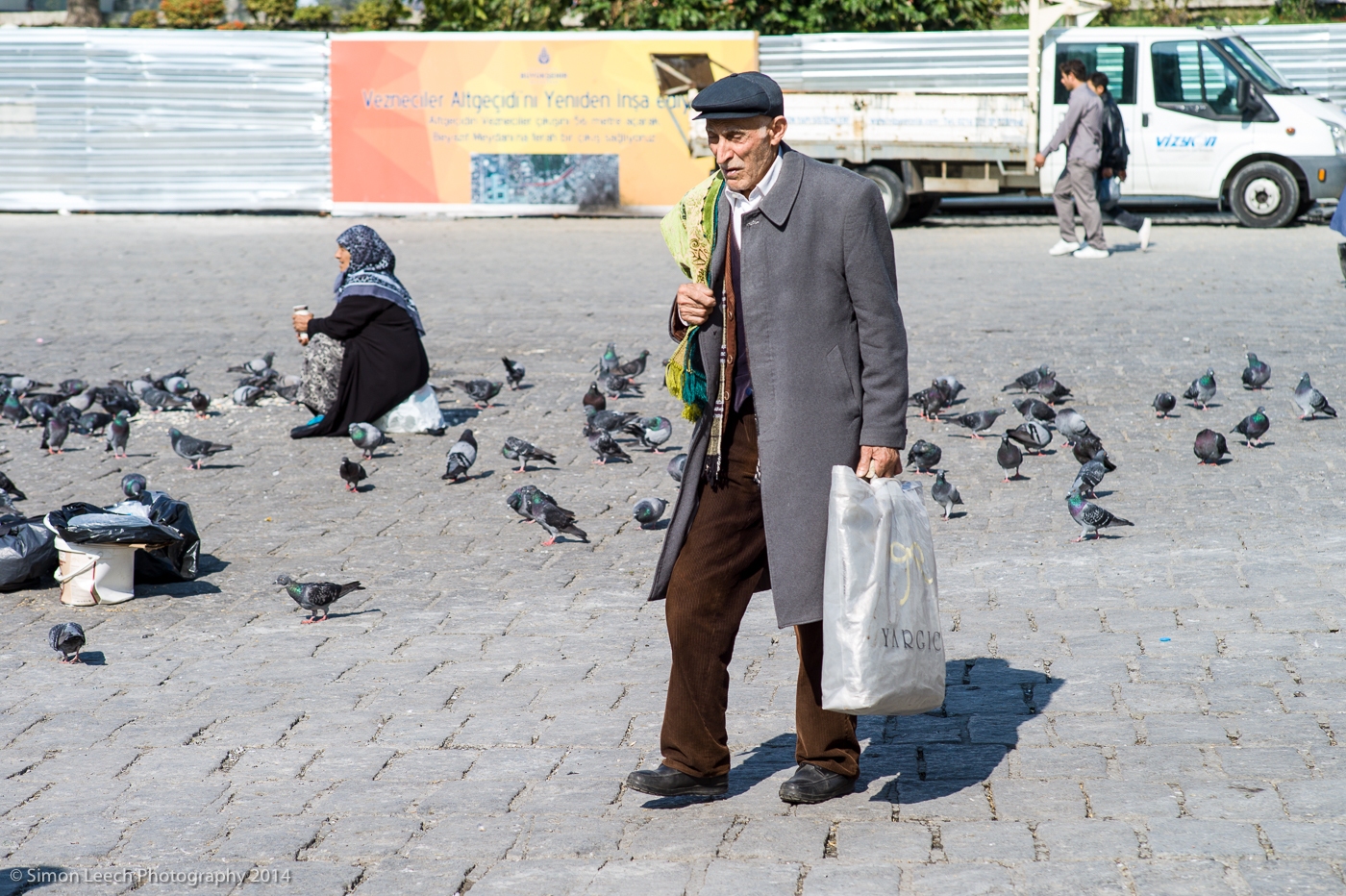 All images taken in Istanbul with the Leica M-E and the Summilux 50mm ASPH lens.