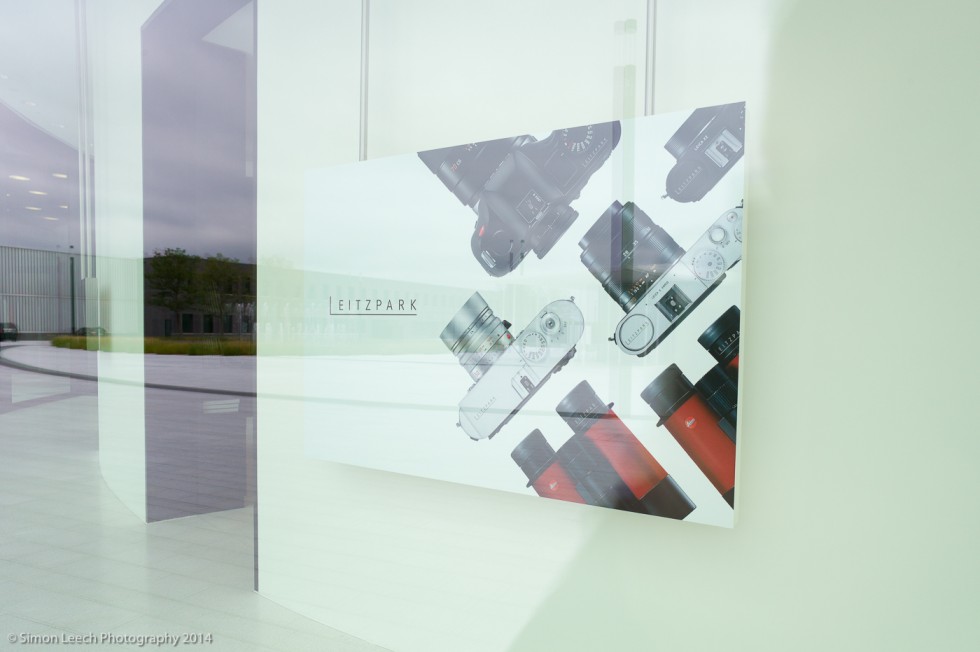 Back in October 2013, I visited the Leica factory in Solms together with some members from the Leica User Forum. At the time the visit was significant as Leica was about to close the facility in preparation for a move to their new factory in Wetzlar, and we were one of the last groups to visit.

Although Leica was originally based in Wetzlar, they had left the city in 1986 for larger premises in an old furniture factory in neighbouring Solms. Whilst the factory was functional, and completely customised to Leica’s needs, its appearance didn’t befit the image of the Leica marque, and it was becoming too small to deal with the rapid growth that Leica has experienced. 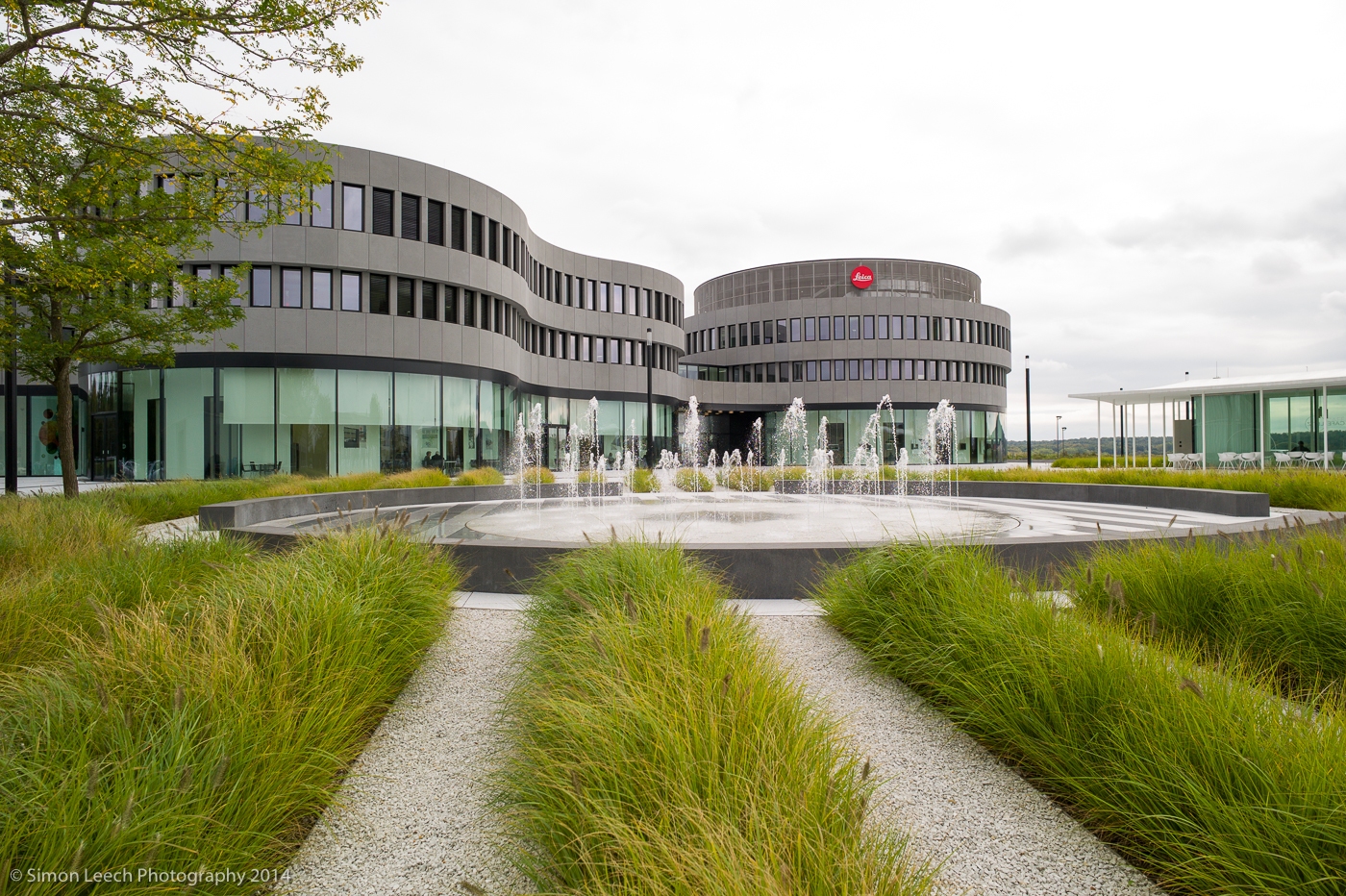 So, to coincide with the 100 year anniversary of the first Leica camera in 1914, Leica opened a new facility in May 2014 to provide a new manufacturing and administrative base for Leica Camera AG. The facility has been built to provide visitors with a complete ‘Leica Experience’. Alongside the factory itself, which can be viewed through windows, there is also a gallery area with rotating photographic exhibitions, a number of show cases showing the key cameras from Leica’s history, and a display cabinet containing one of everything Leica has ever created. There is also a Leica shop, and Leica Customer Services in the same premises. 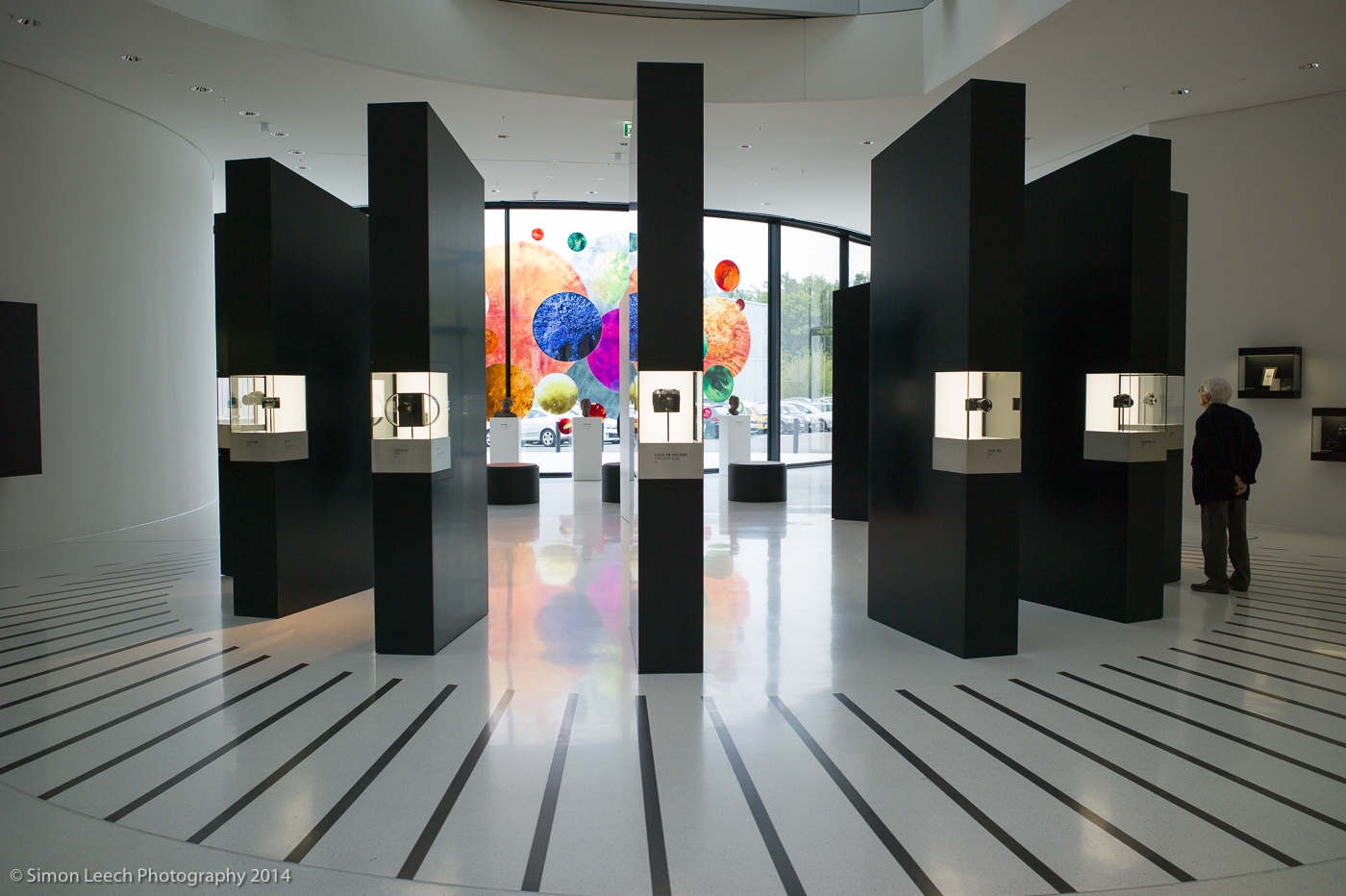 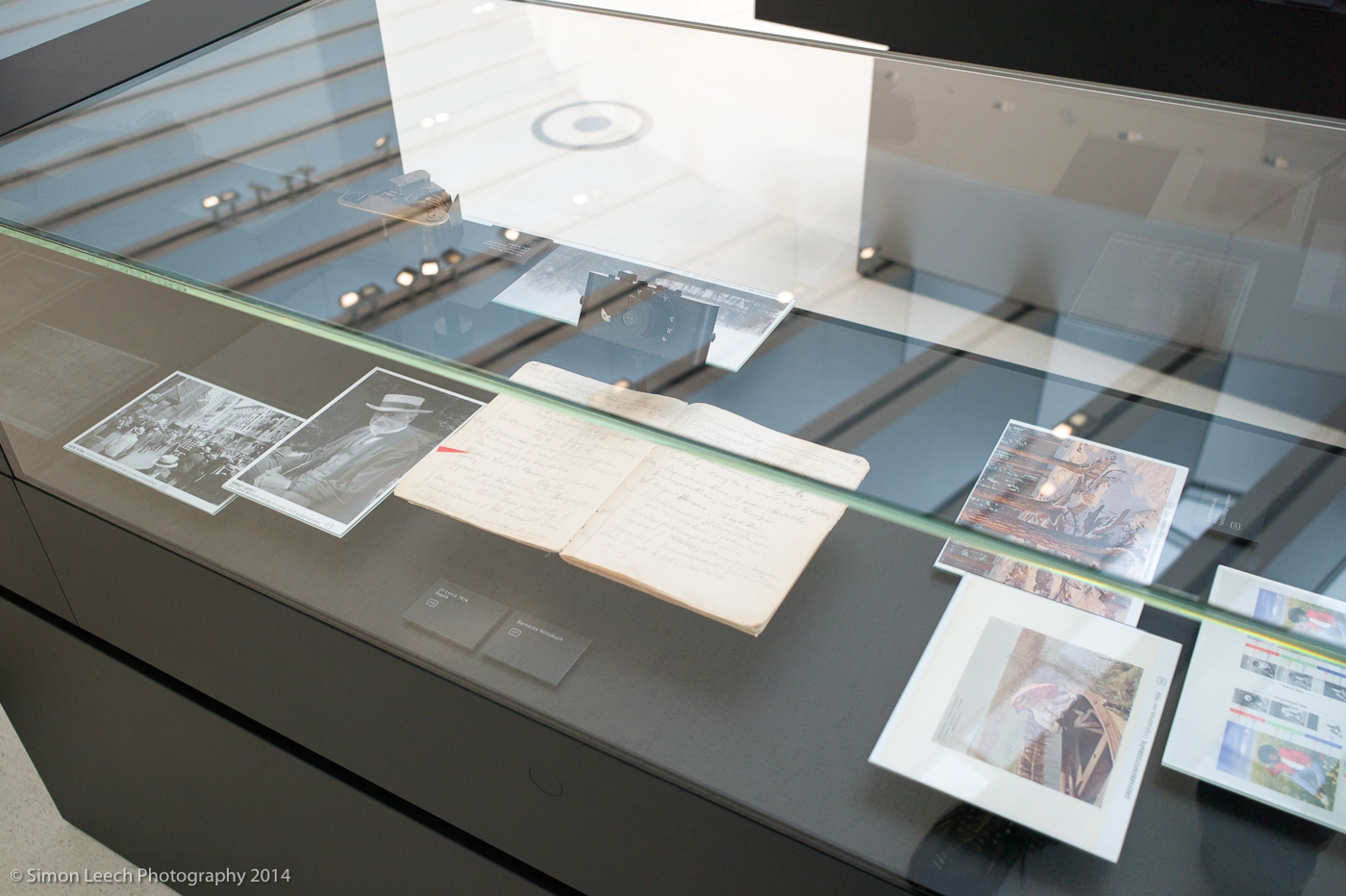 I had the chance in September 2014, during a visit to Cologne, to make a day trip to Wetzlar to check out the new building. The 60 million euros that the project cost has certainly been well spent, and the campus is impressively architected. All of the interior walls and floors are white, and this gives the entrance area a very spacious feeling. After walking around the gallery area, and viewing an exhibition entitled ’36 aus 100′ showing some of the images that have made Leica famous over the last 100 years, I wandered through the tunnel at the back of the gallery area to look into the factory. 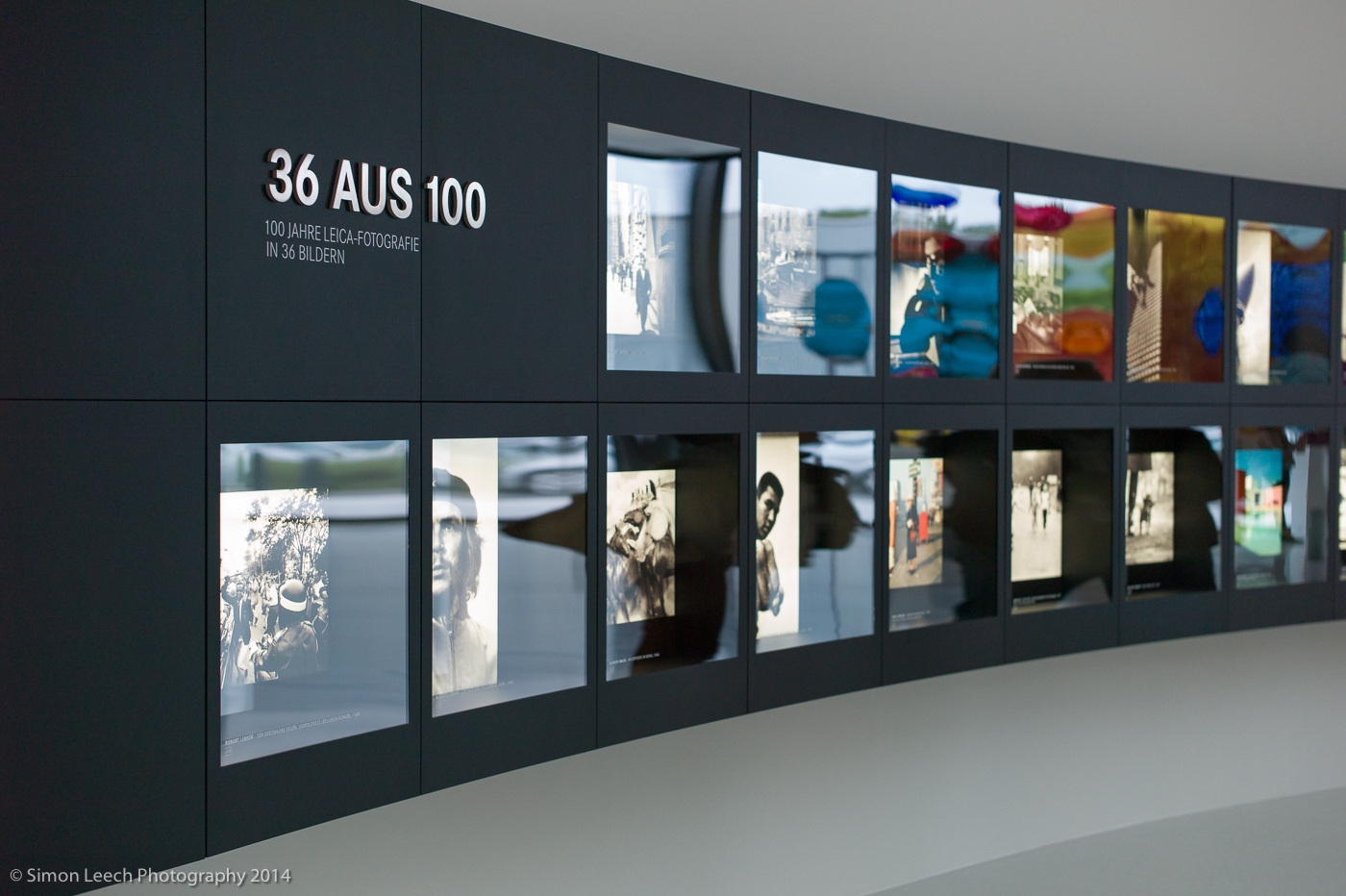 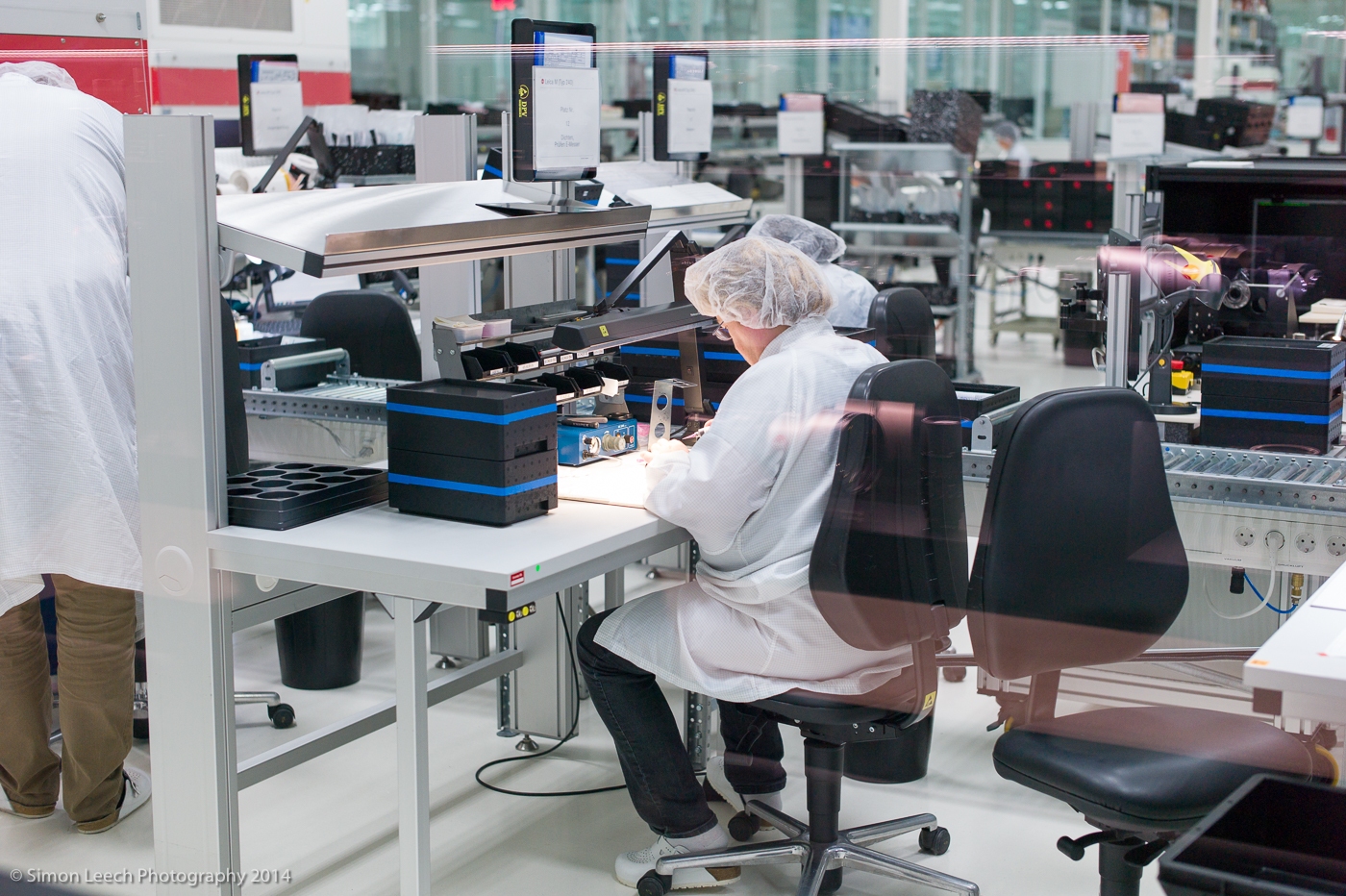 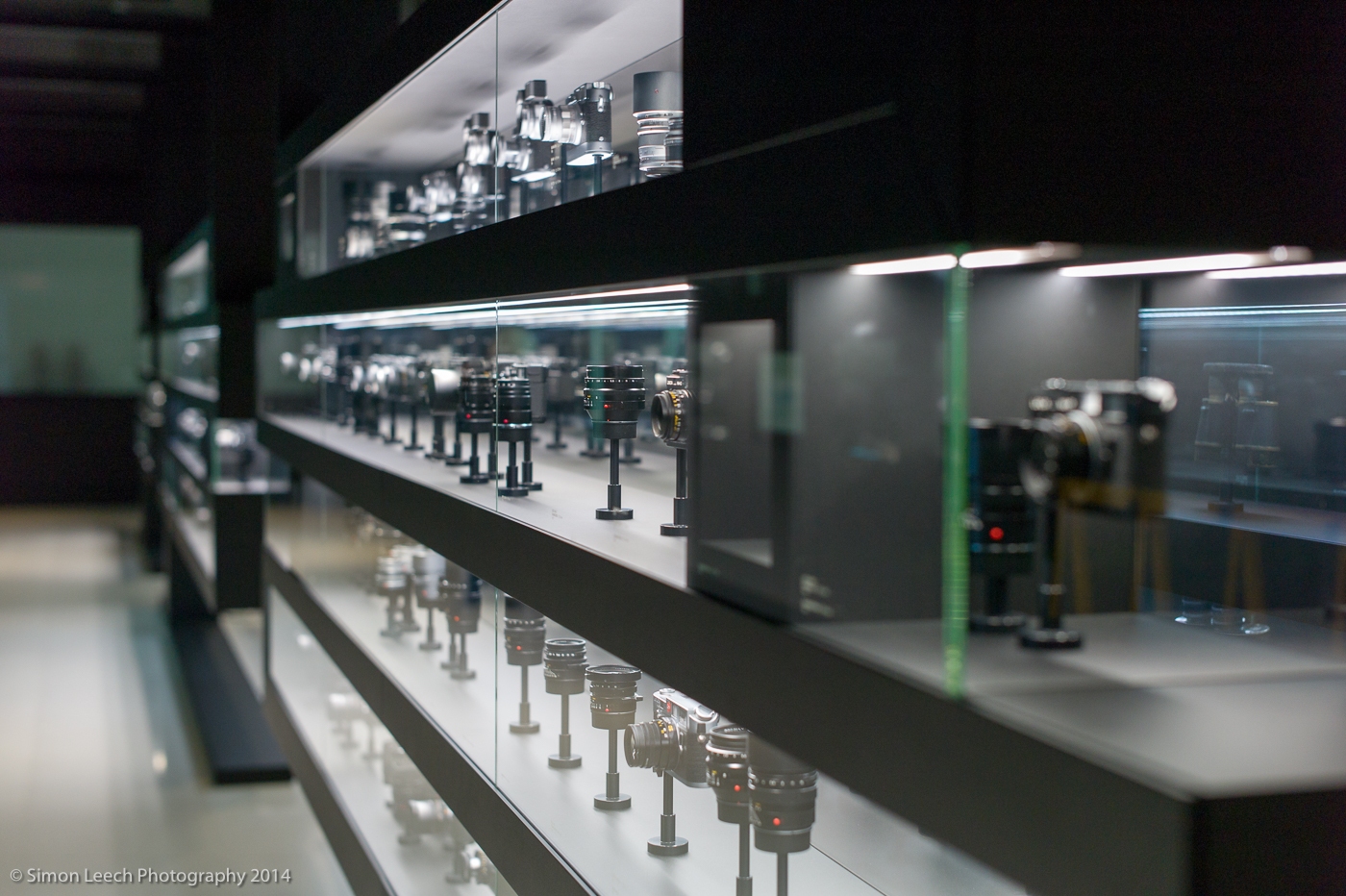 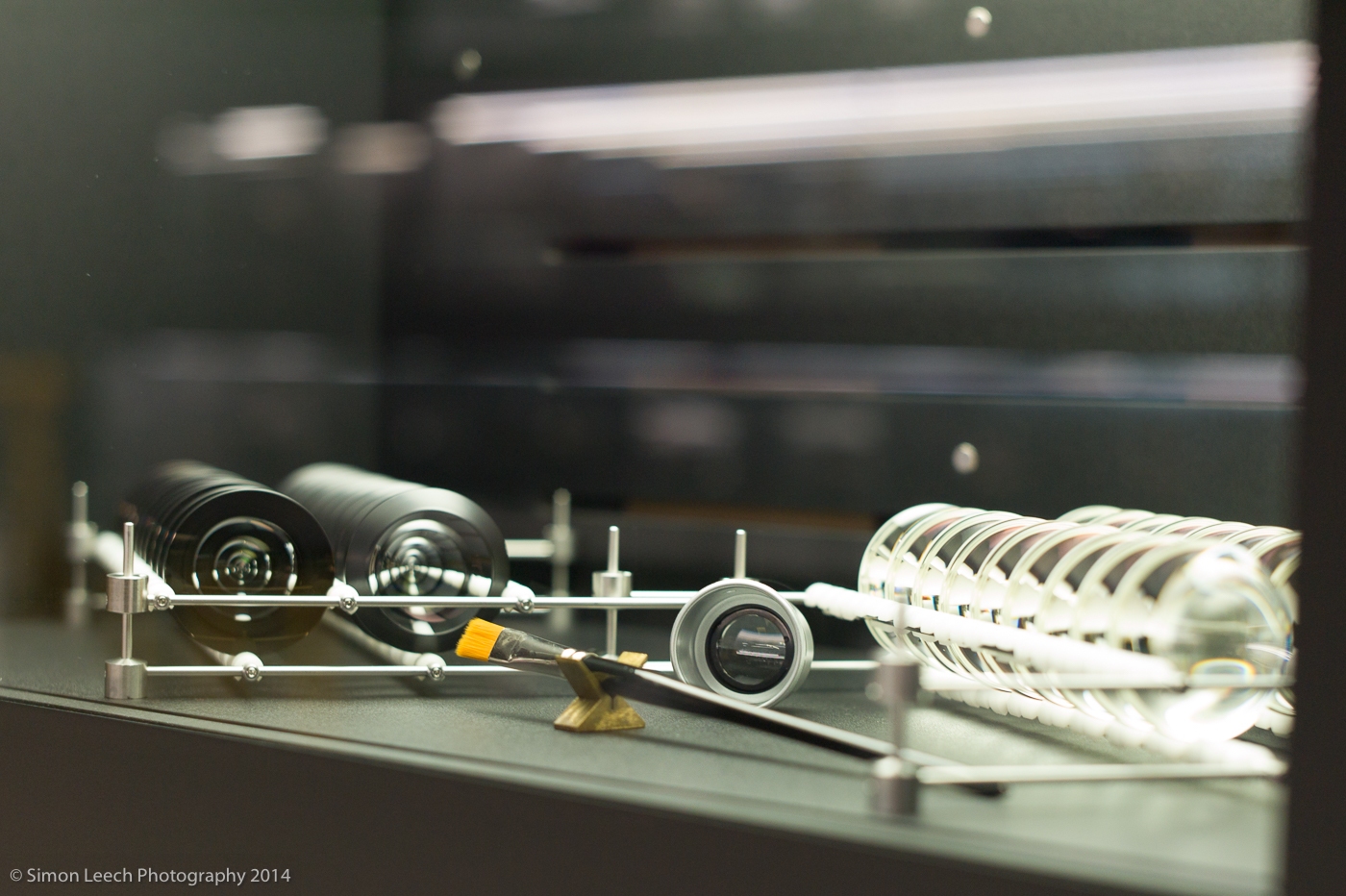 Once you have passed the factory windows, you are presented with the display cases containing all of the Leica products from over the years, both the camera optics, and the sport optics (spotting scopes and binoculars). It was interesting to note that although the new Leica M60 and Summarit lenses had been announced some weeks previously at Photokina, these were not yet on display, although the Leica M100 editions were. 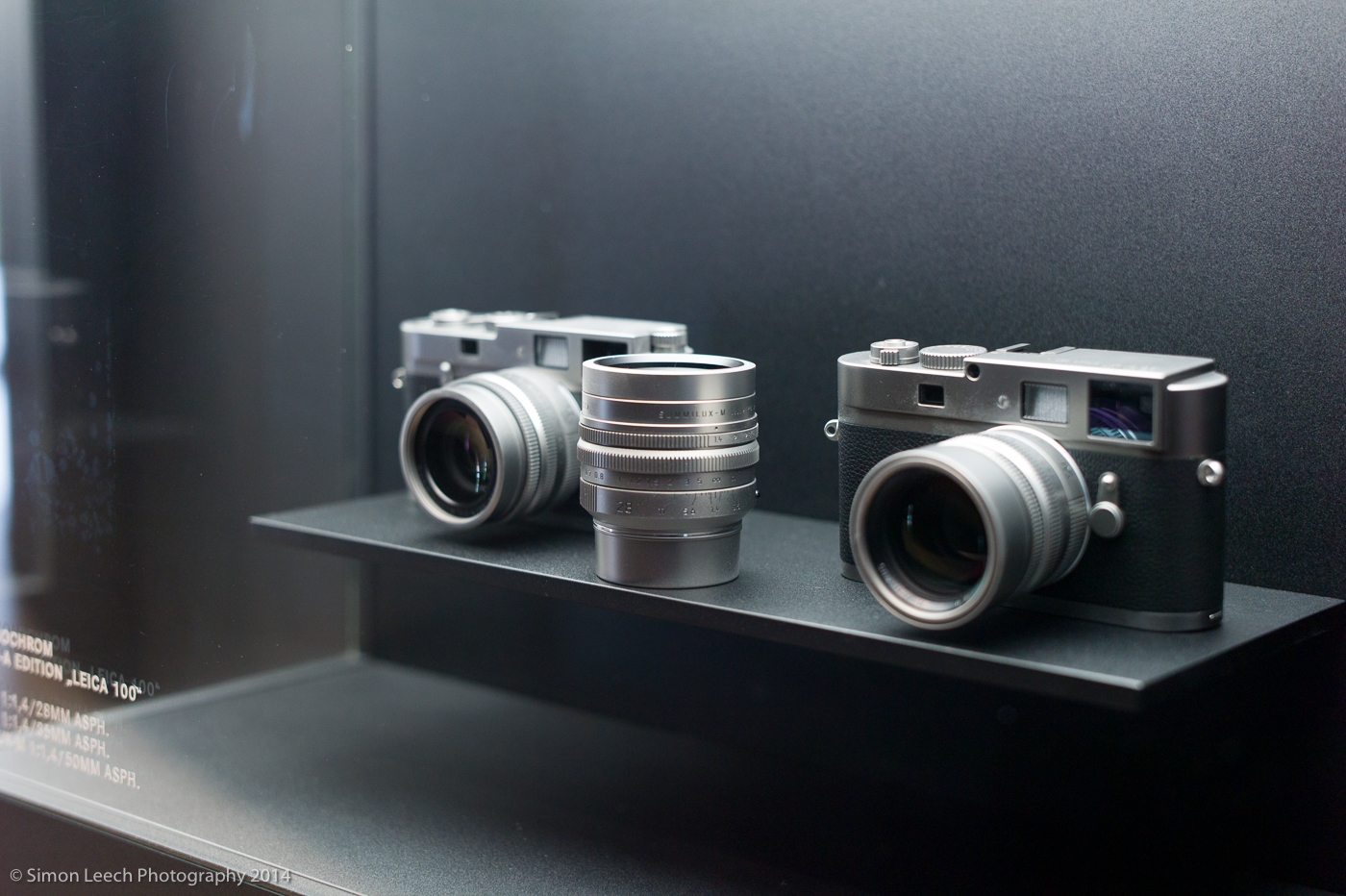 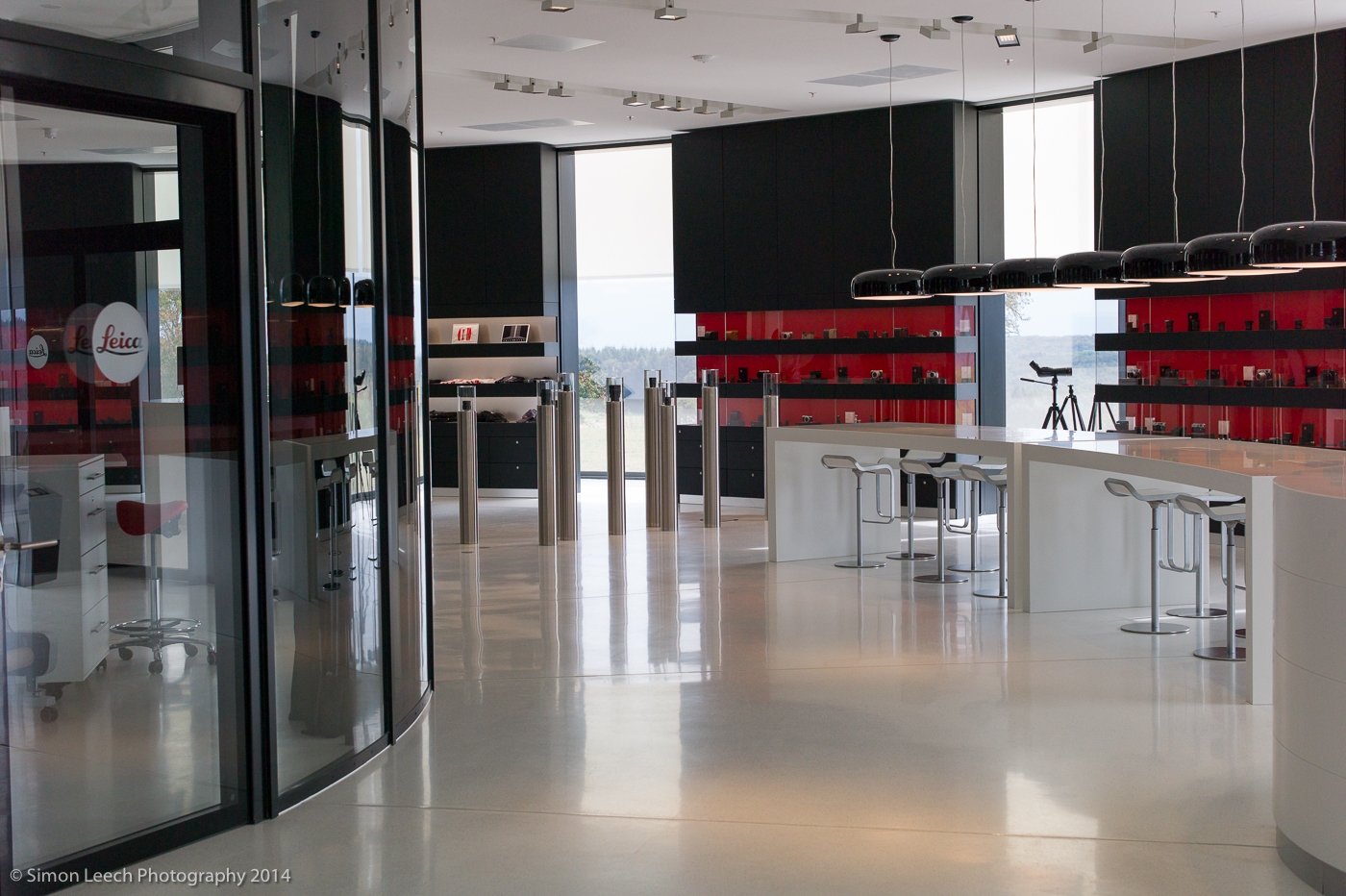 Upon exiting the tunnel you are presented with the Leica shop, a large area selling all of the current products, including the Leica cinema lenses, which was the first time I had seen them, and a large studio which was presumably used for testing the Leica S range. 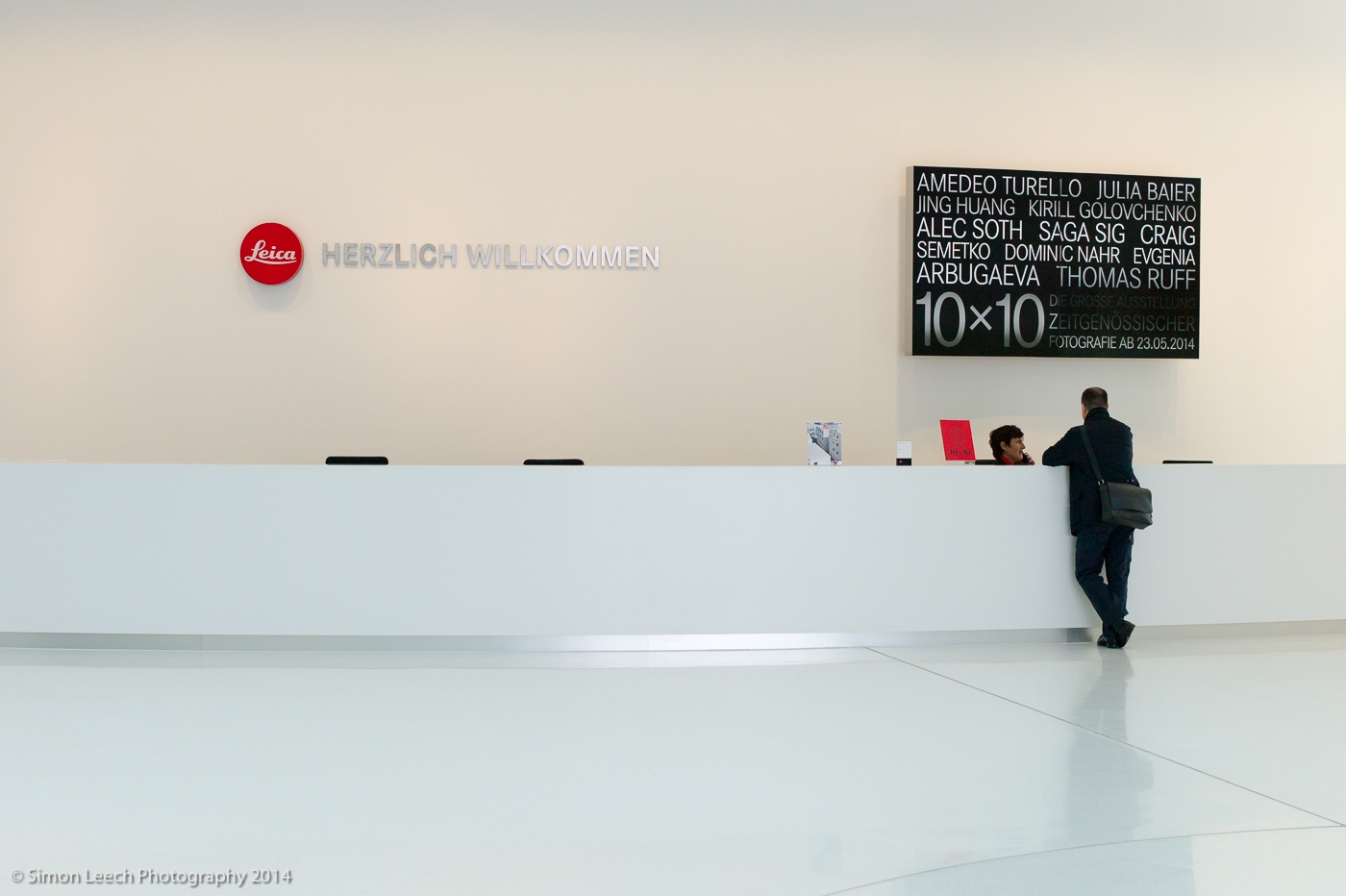 There are also two restaurants on the campus – Cafe Leitz (mainly a coffee shop) and a restaurant. We finished our trip with a visit to the restaurant – it is accessible for visitors as well as the Leica staff, and prices and food quality are very good. 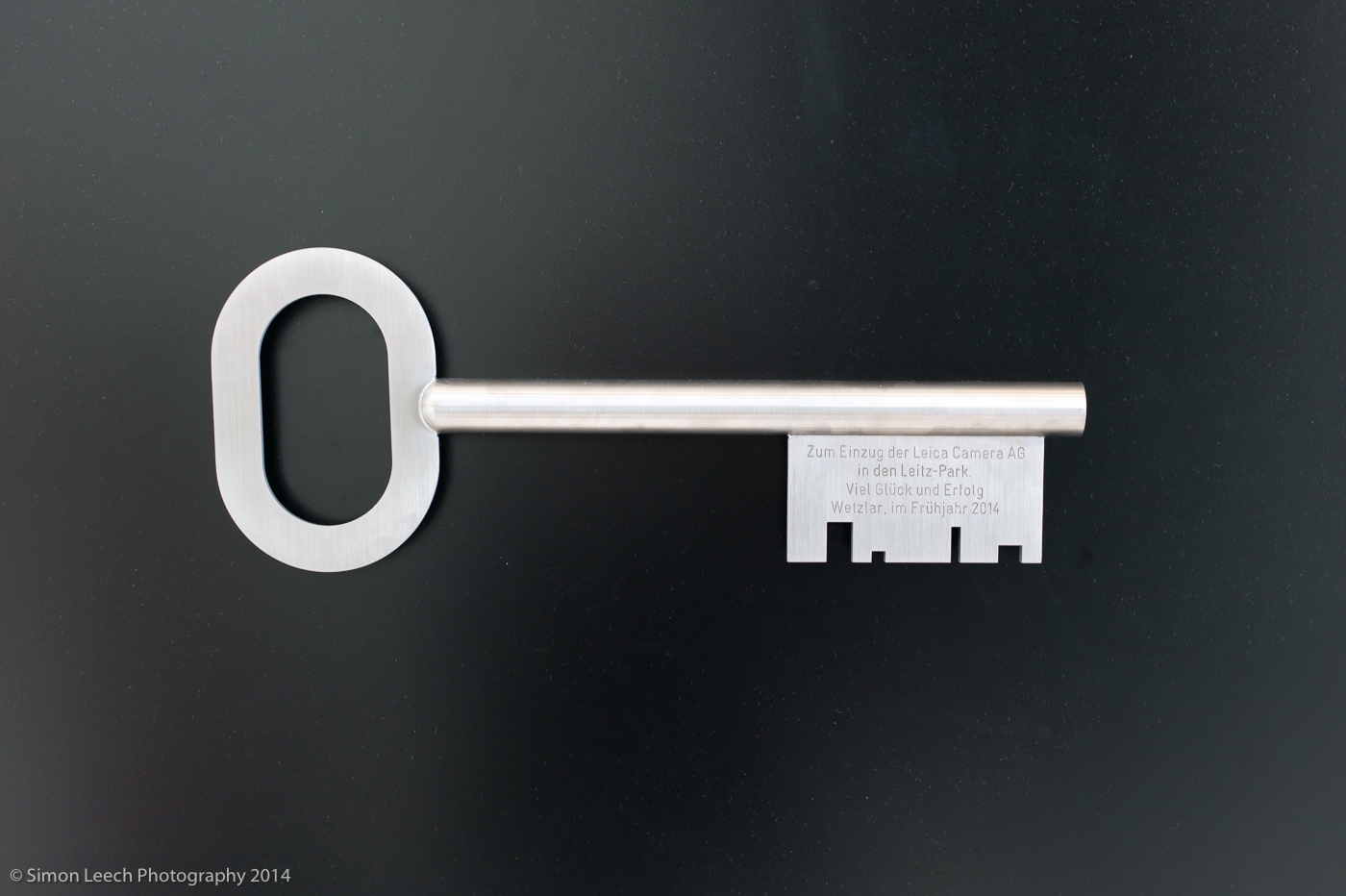 All in all, a very enjoyable day out, and worth a visit if you are in the neighbourhood.

Photos in this post taken with the Leica M-E Rangefinder, together with the 21mm Super-Elmar, 28mm Summicron and 50mm Summilux lenses