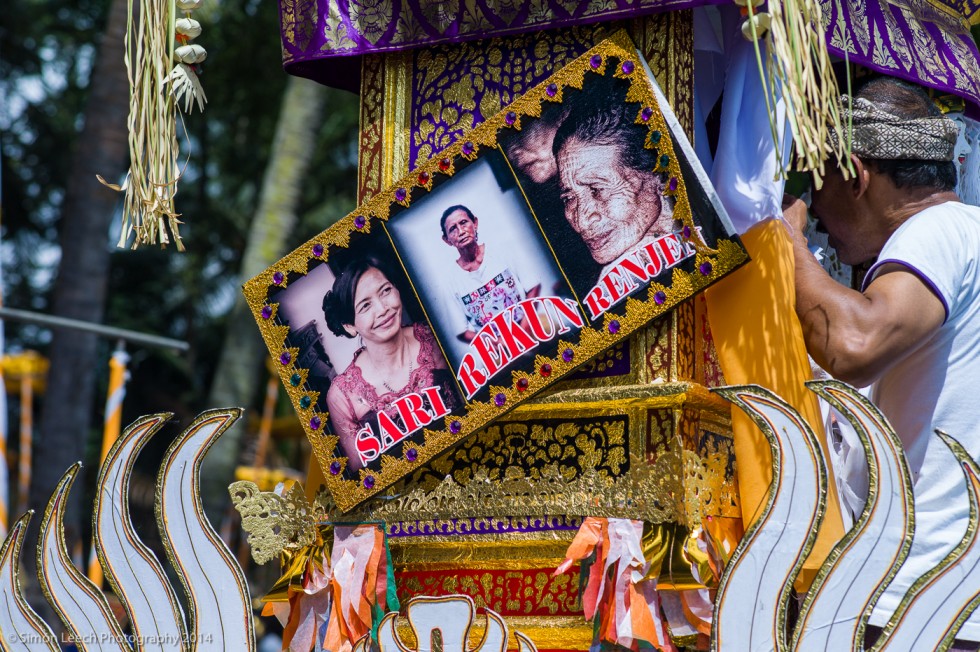 In Bali, as with other communities that practice the Hindu religion, it is normal to cremate the dead. Ngaben, the name for the cremation ceremony in Balinese, is the funeral ritual that is performed by the people of Bali to send deceased relatives to the next life. The ceremony itself is often very expensive, and, whilst it is normal for members of the upper castes to perform the funeral ritual within three days of the passing of a relative, lower social classes will typically wait until the next mass cremation ceremony, opting to bury the bodies for a number of months until the next mass ceremony takes place. 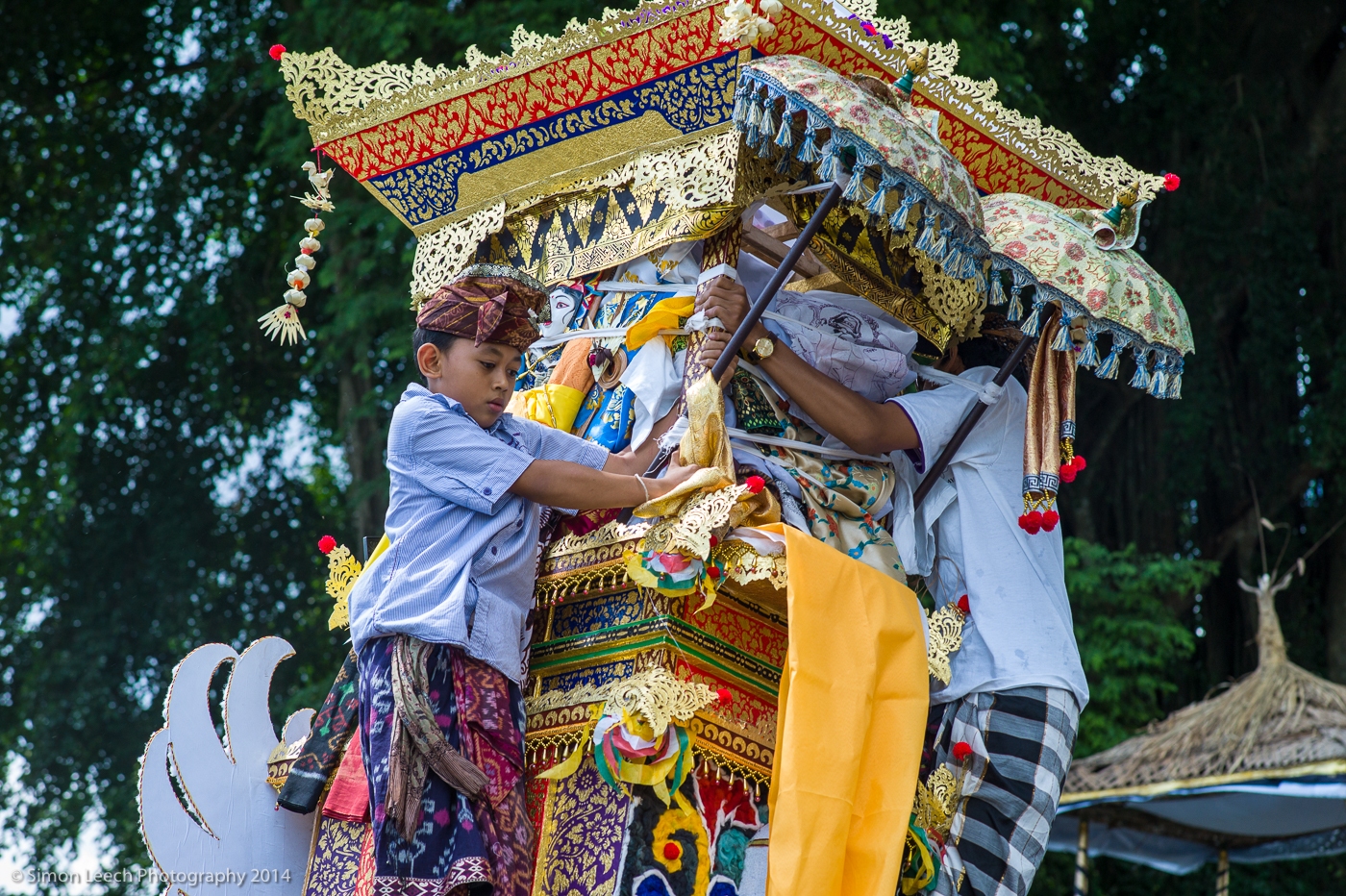 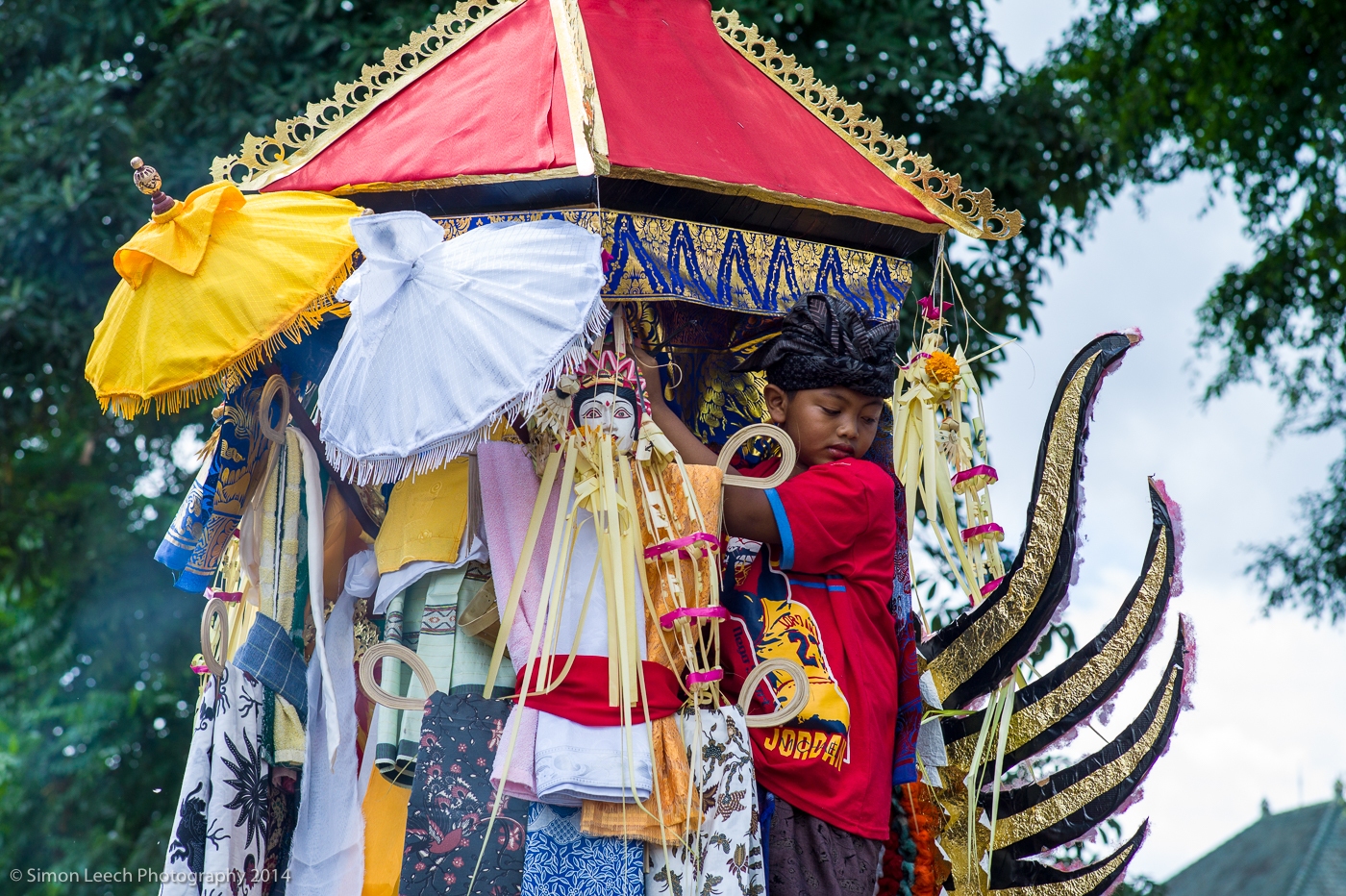 In Ubud, mass ceremonies take place a couple of times per year, and we were fortunate to be invited to such a ceremony during our travels. The cremation ceremony is not considered a sad event, as the Balinese believe in reincarnation so the body will only be temporarily absent as it passes on to the next life. The ceremony we attended was for around 80 deceased from three villages who had passed on over the previous couple of months. 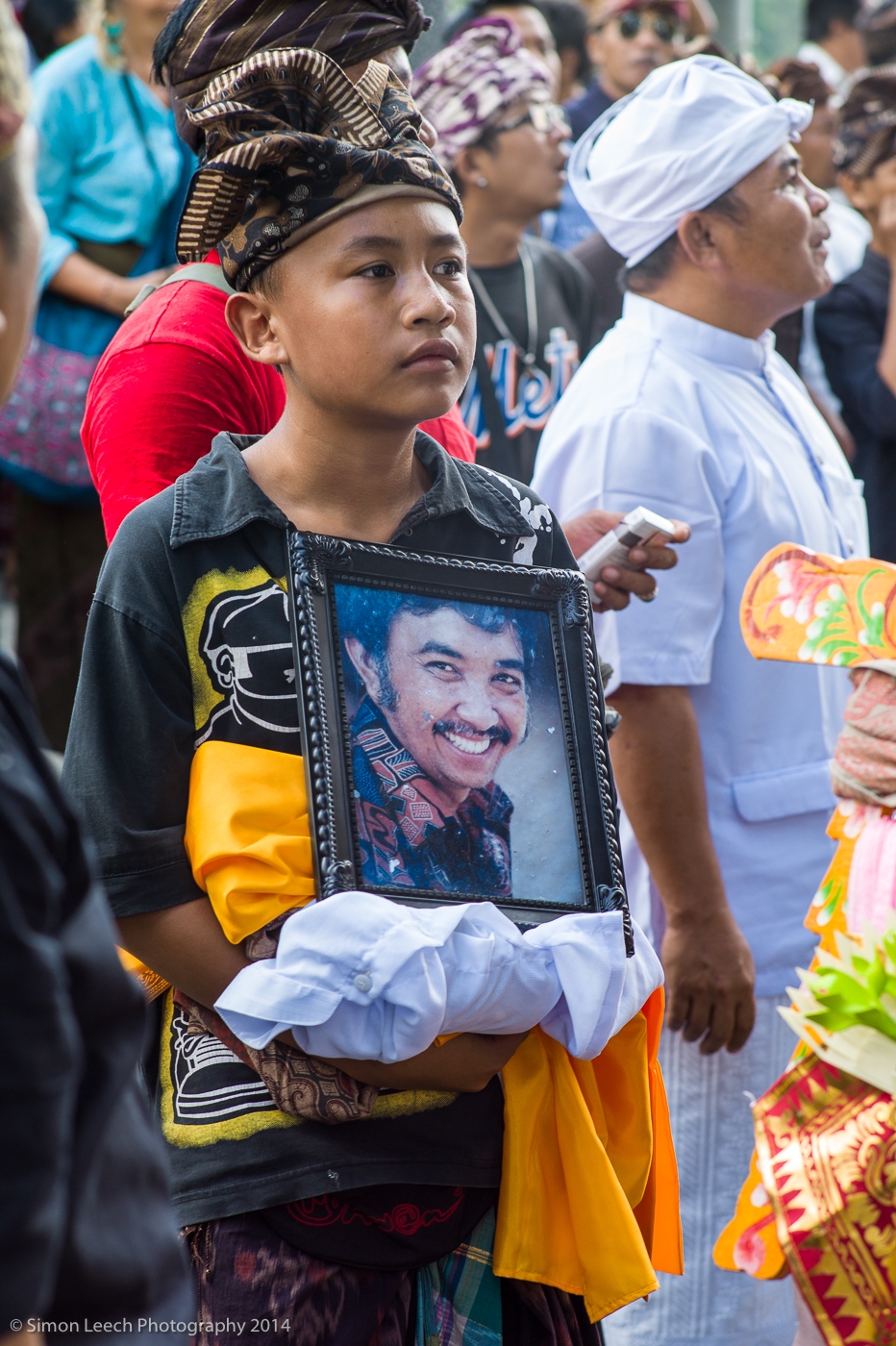 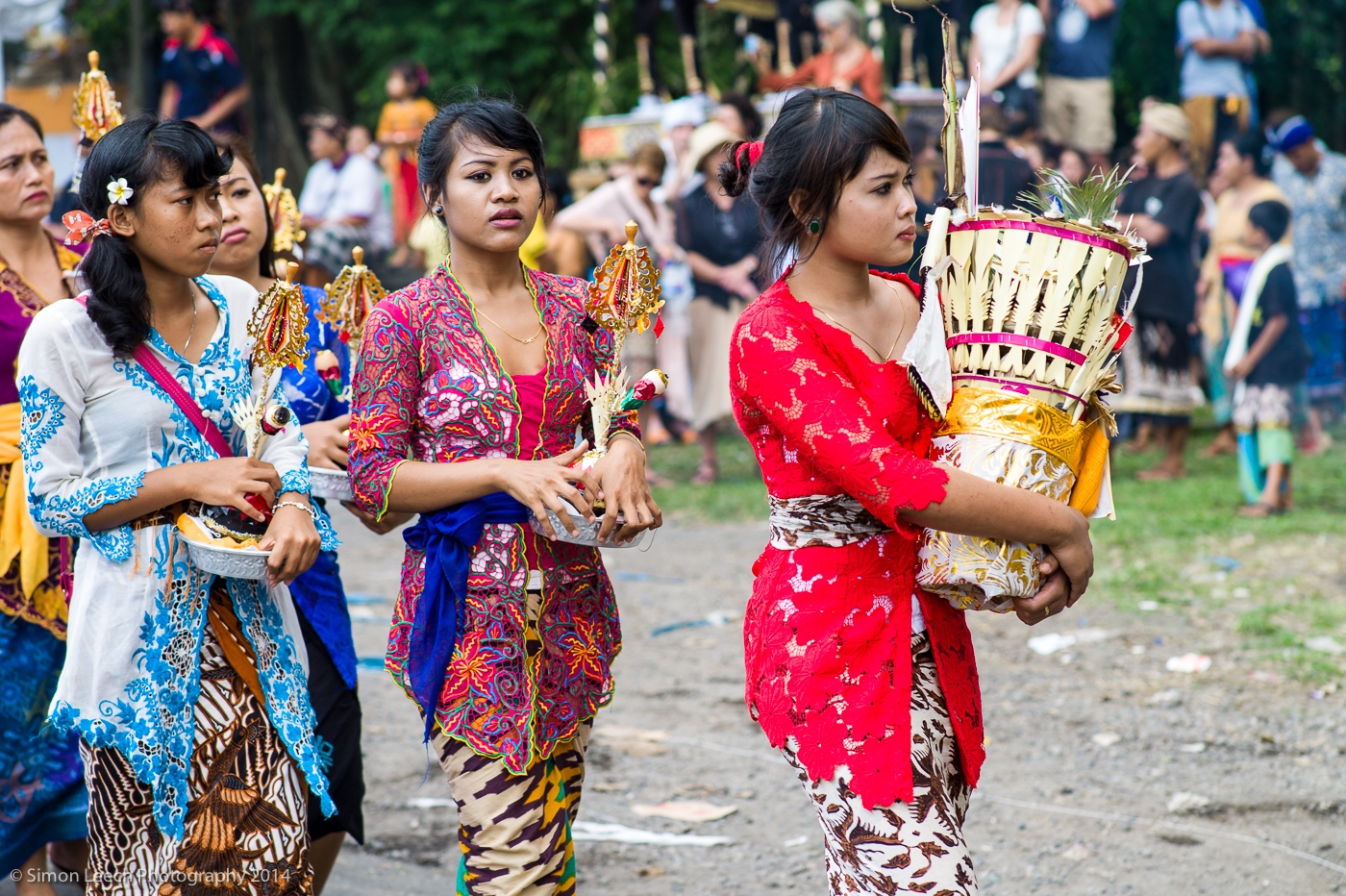 Cremation is considered a family event, and young to old all take part in the celebration of the deceased’s life. 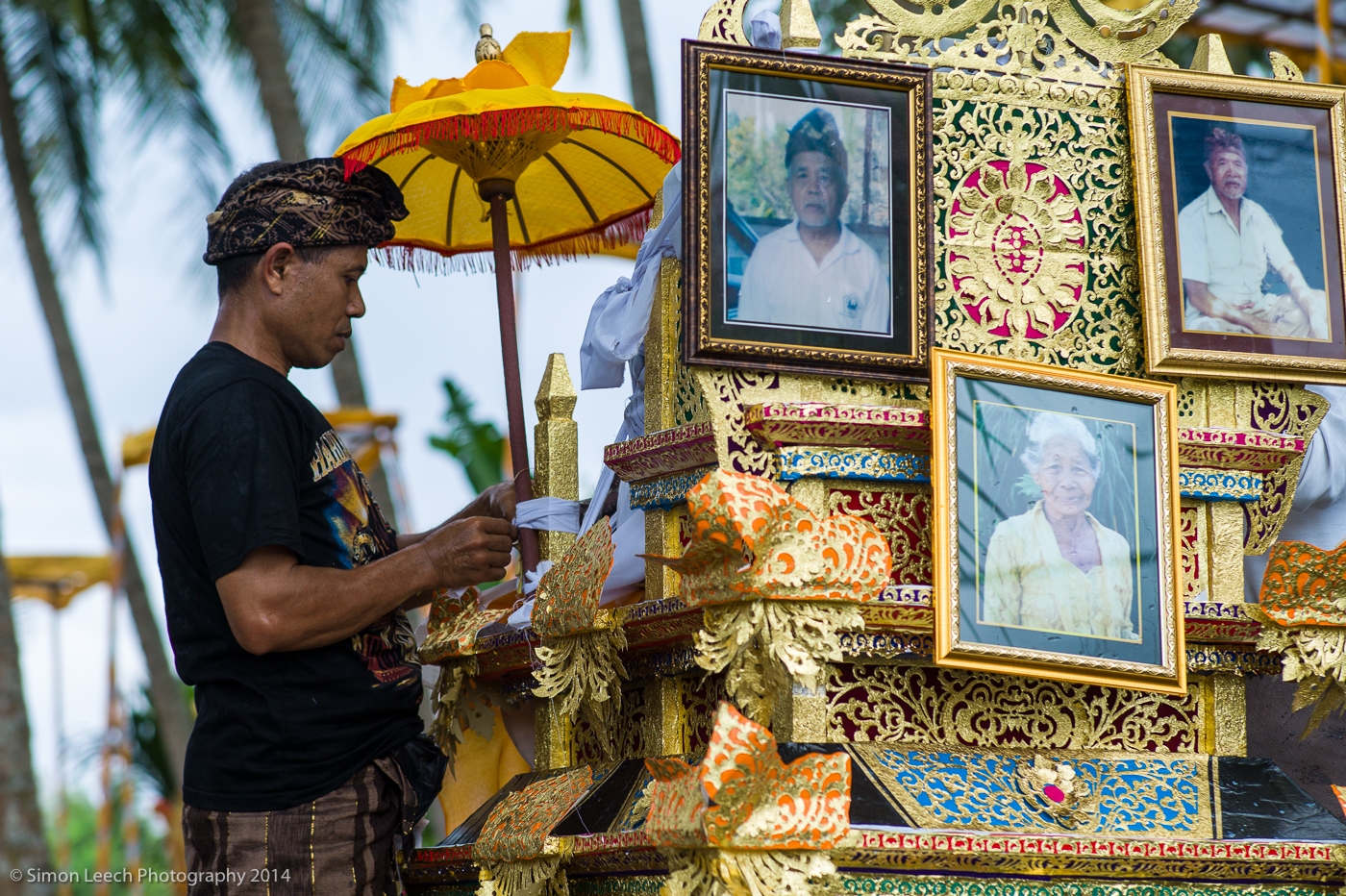 The exact date of a cremation ceremony is decided upon after consultation with a specialist in Balinese holy days. The ceremony itself consists of a number of parts. First the body is exhumed (in the case of cremations that are taking place some time after the time of death), and placed inside a coffin. The coffin is then put inside a decorative paper mache sarcophagus, or inside a wooden temple structure. 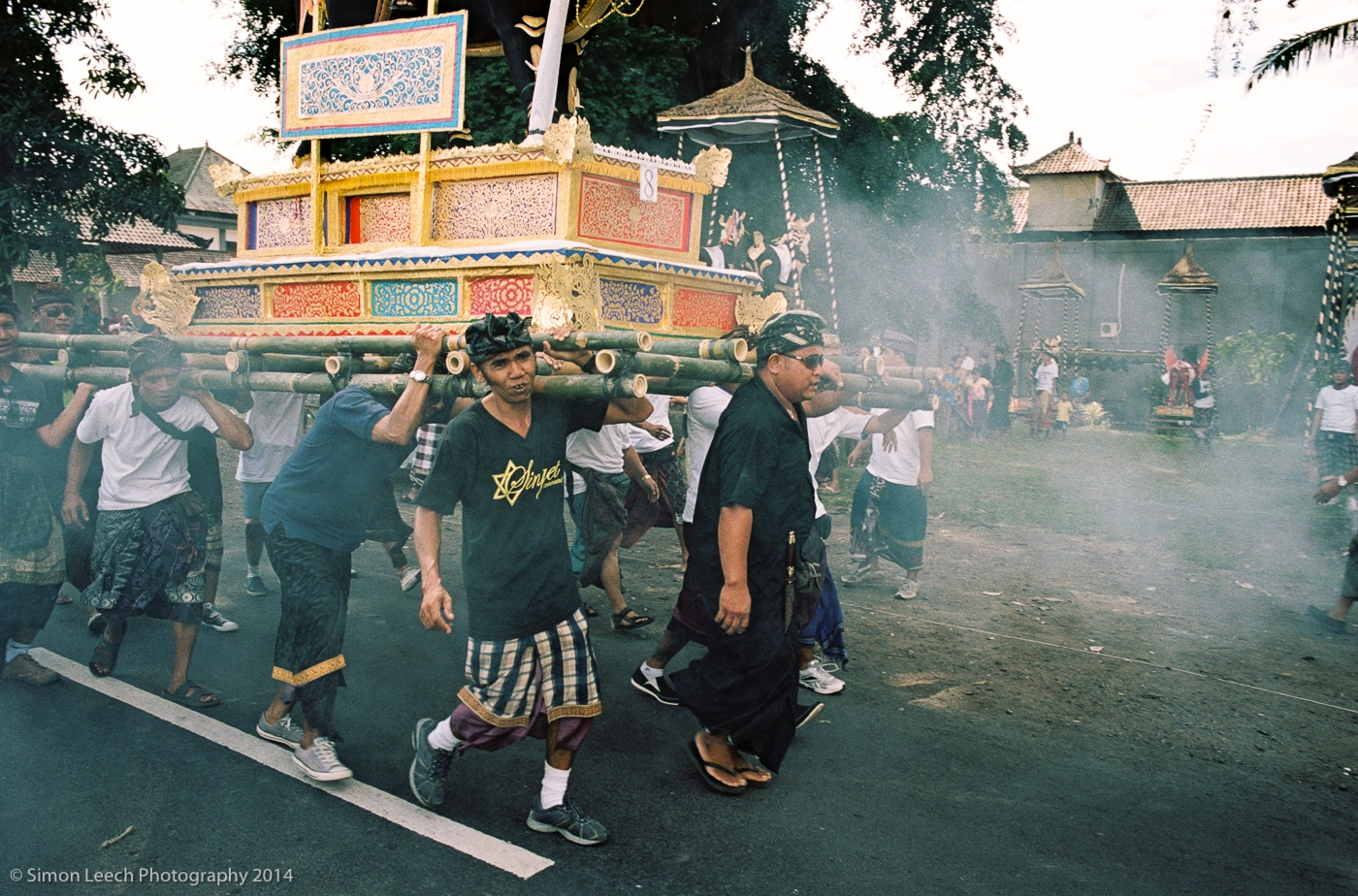 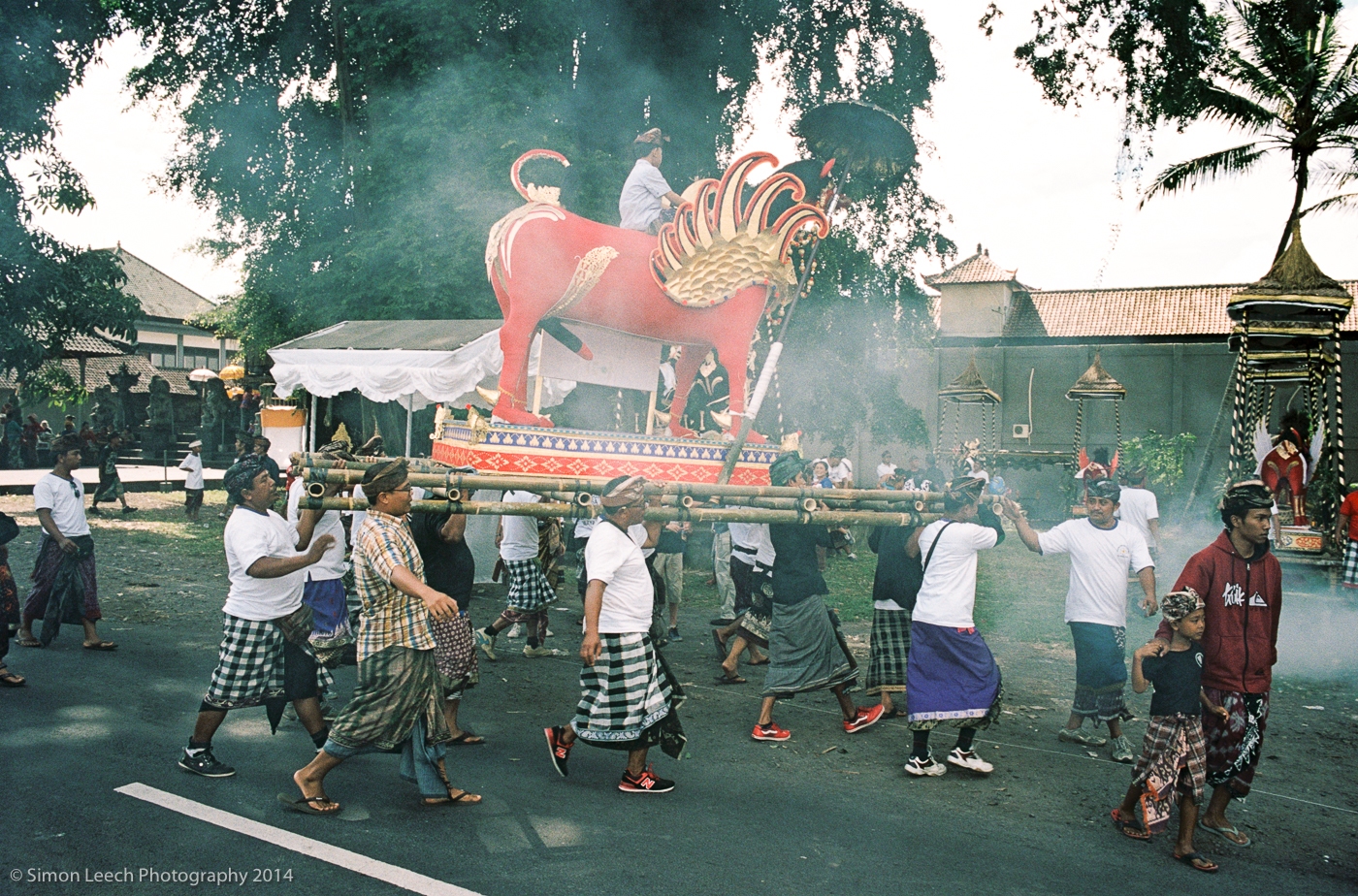 After this, the coffin is transported by relatives from the house to the location of the cremation. This can often be a couple of kilometres of walking, and, on a hot Balinese summer day, is hard work. 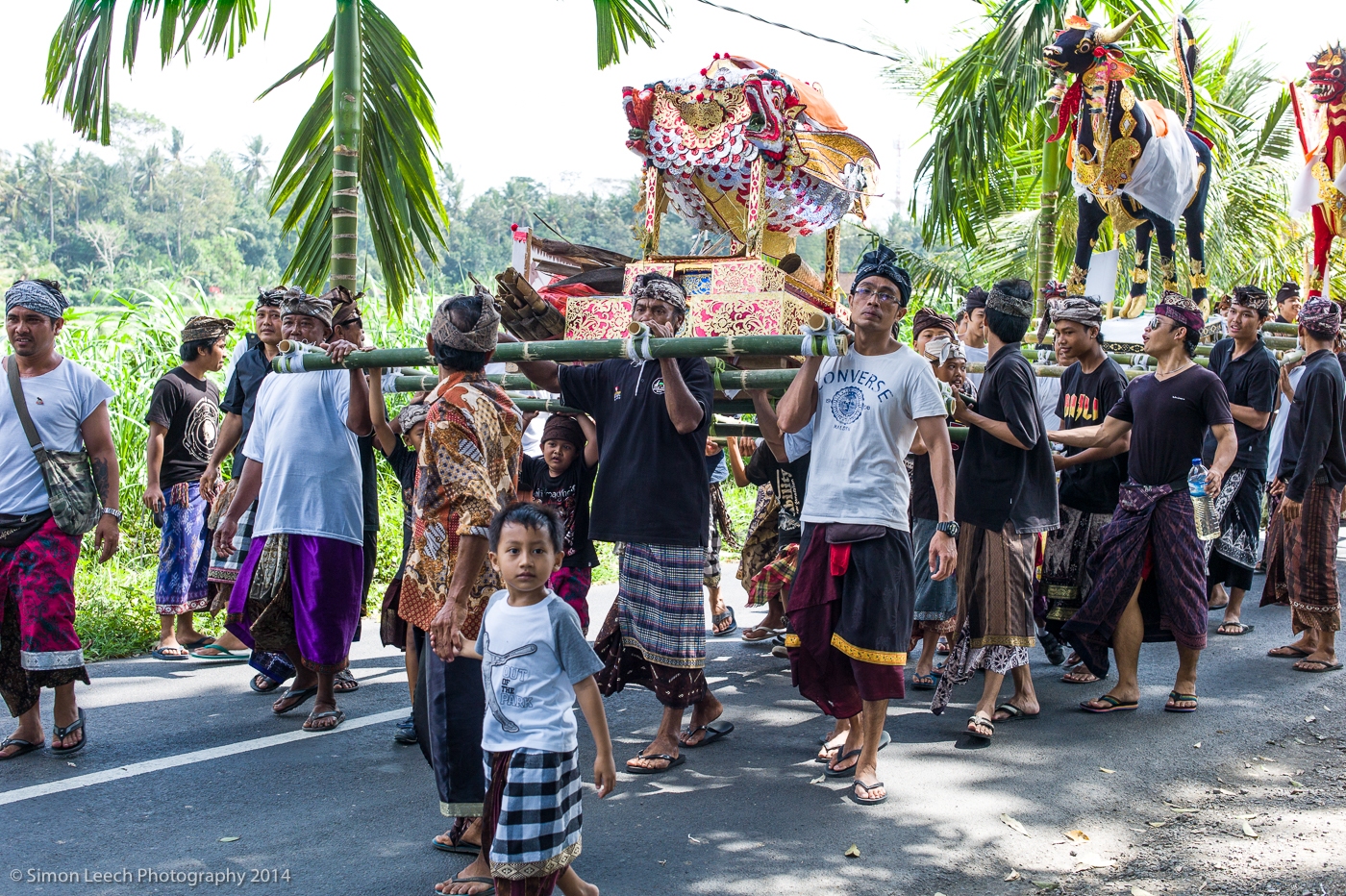 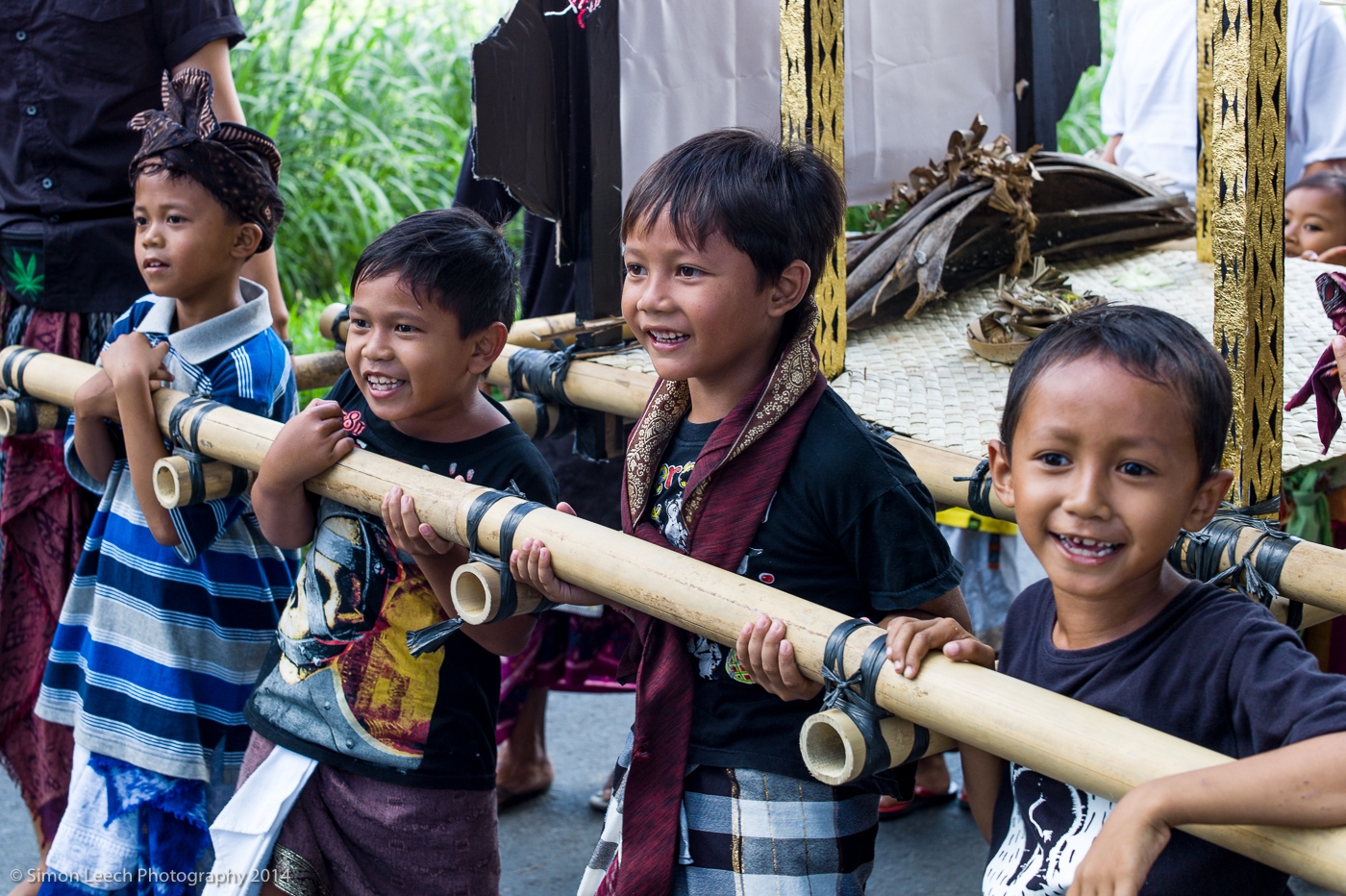 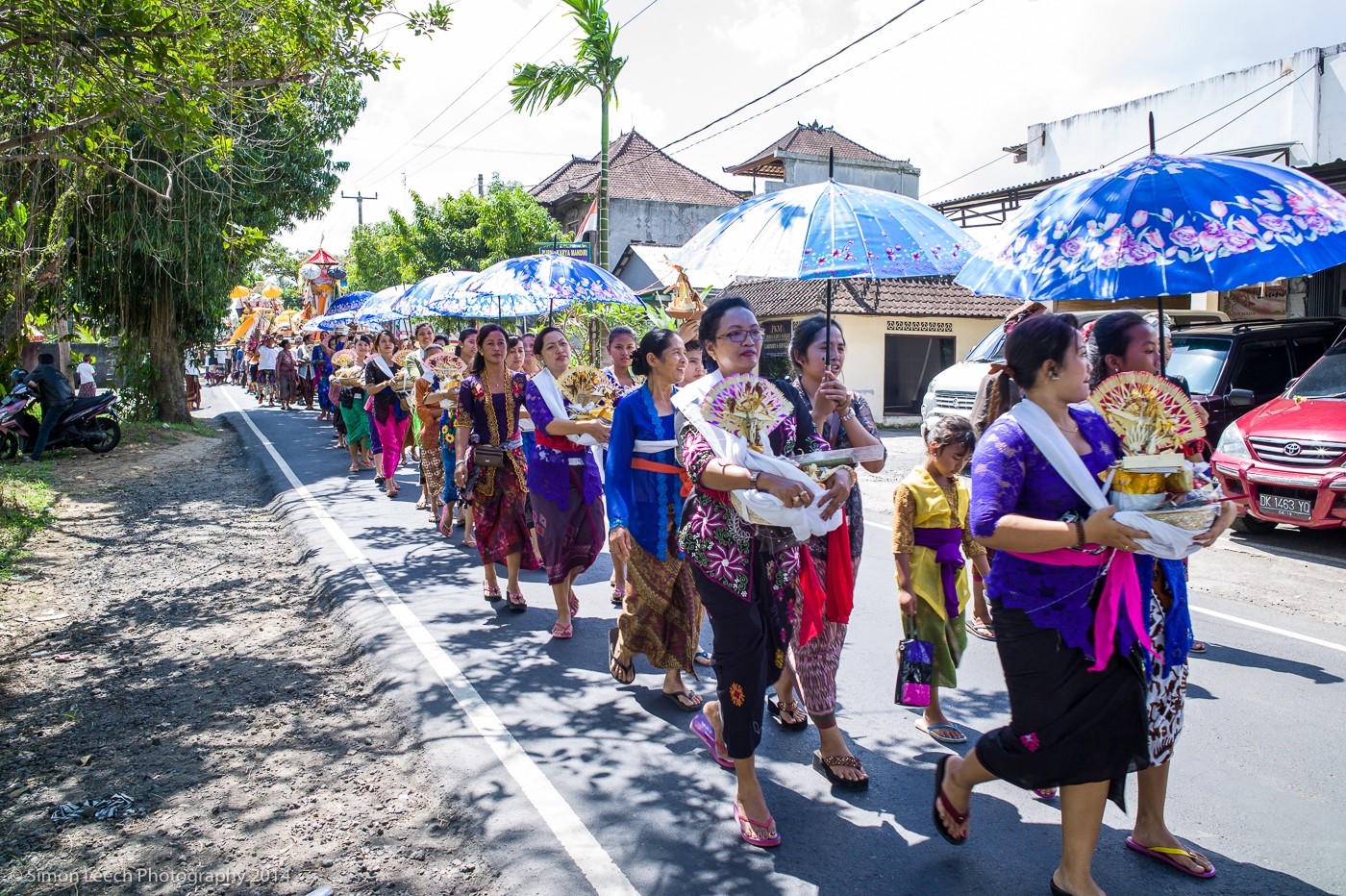 Additionally the procession never travels in a straight line in an effort to confuse the evil spirits and make sure they don’t travel with the deceased on to the after life. Watching, the procession almost seems choreographed. 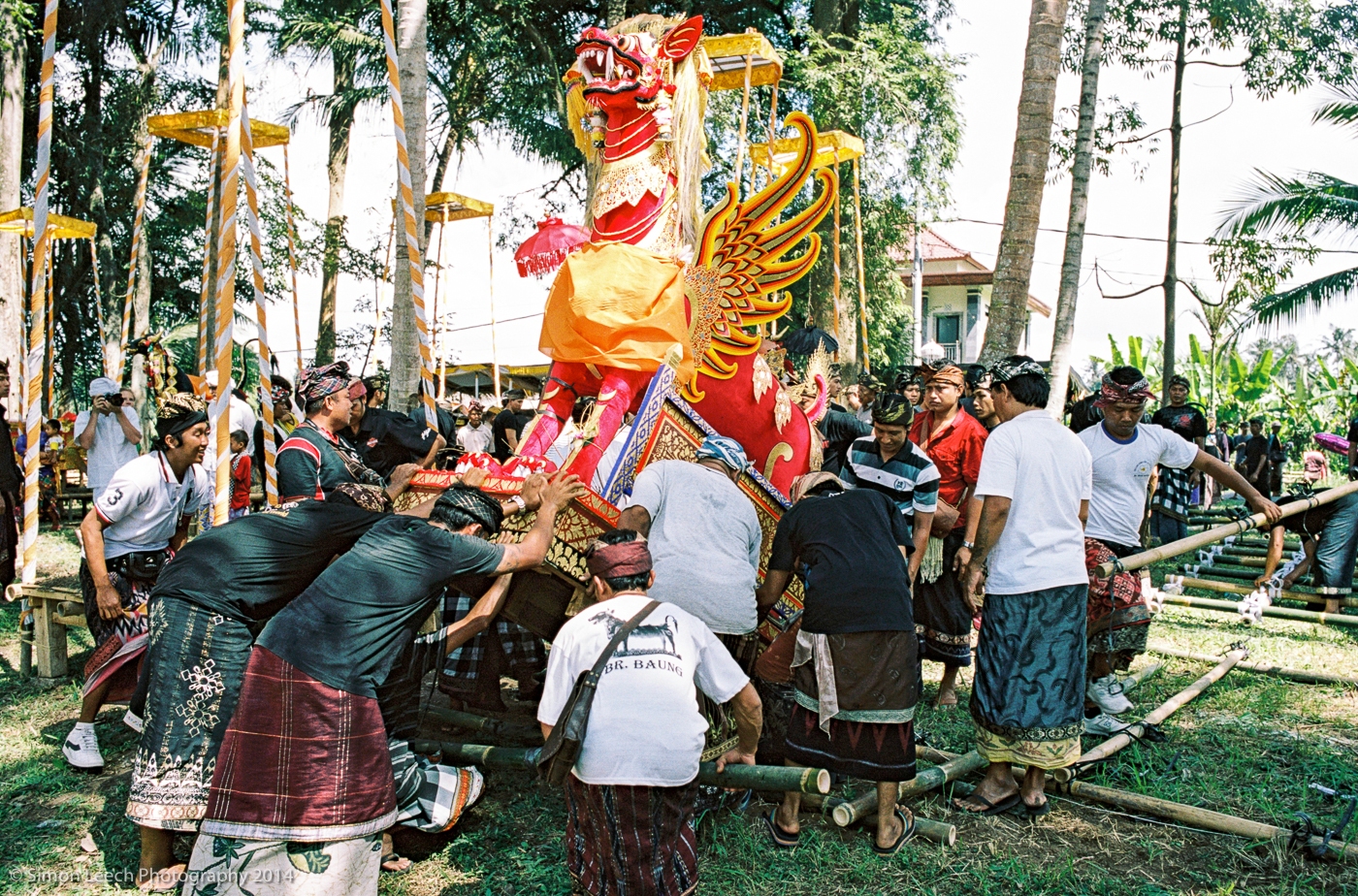 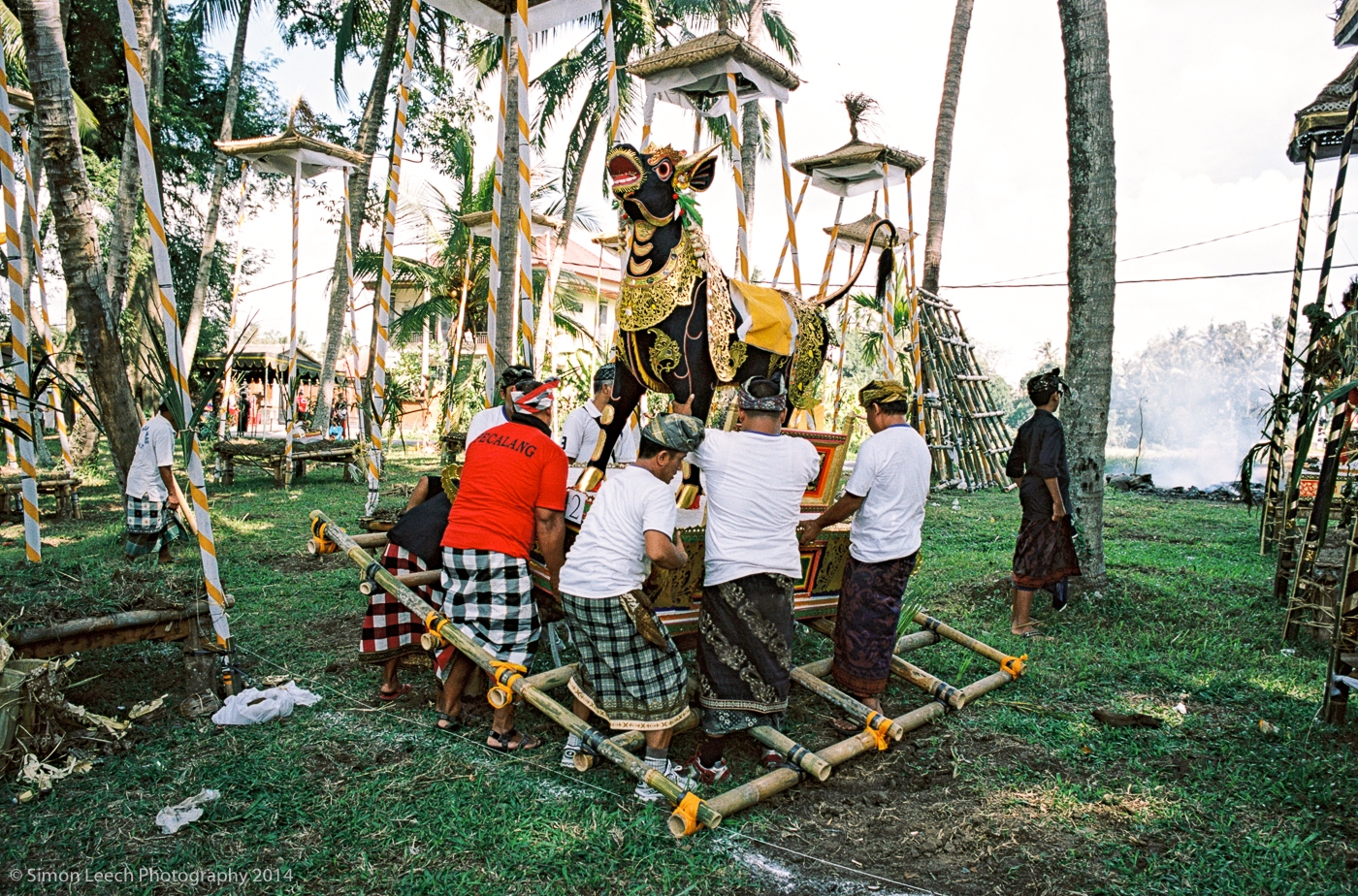 Once the coffin arrives at the cremation, it is placed in line with the other sarcophaguses, and the family sit down to wait until the cremation starts. Whilst they wait the families feast, and wander around the food stalls and market stalls that are assembled. 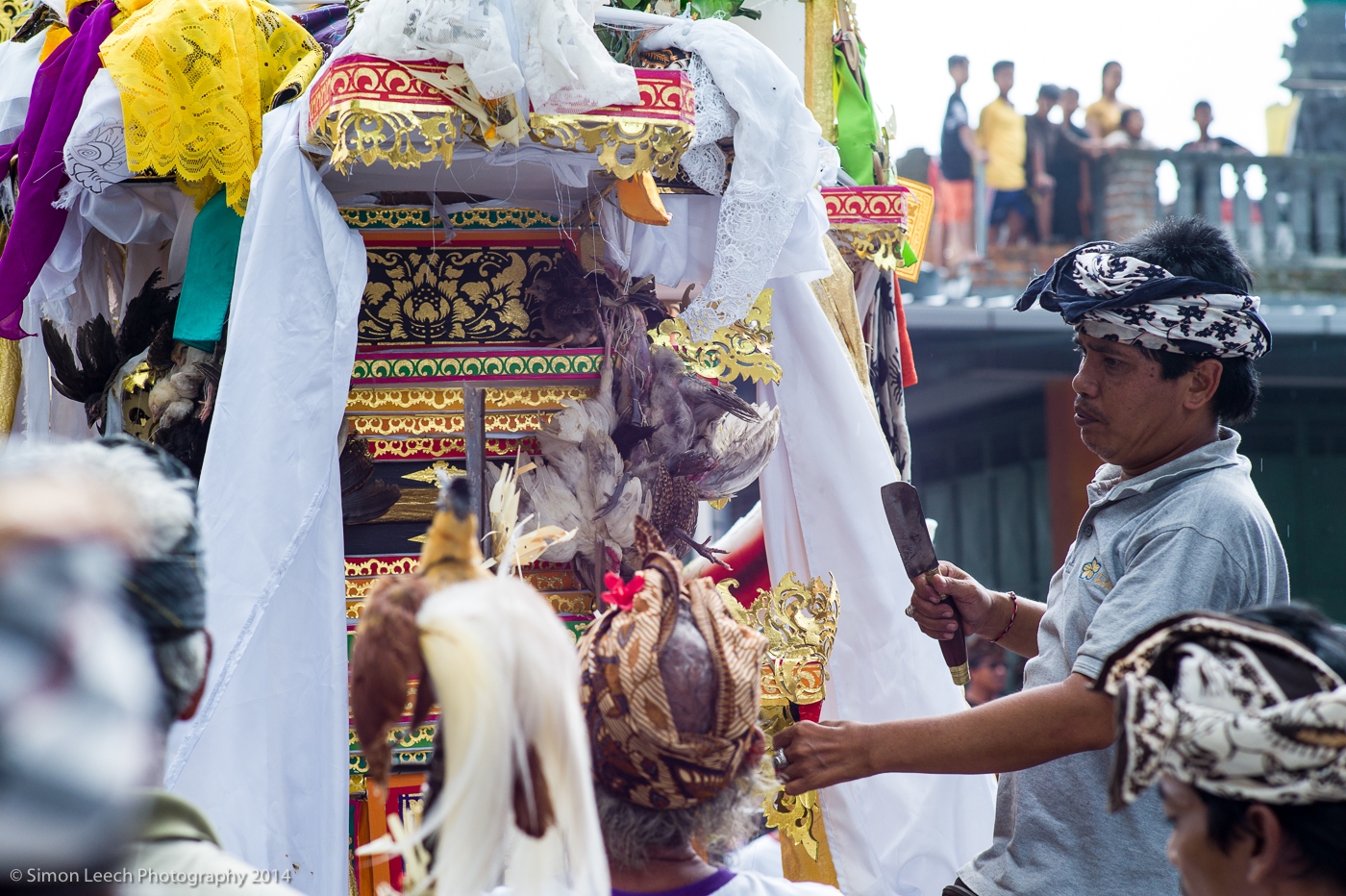 It seems that in Bali the chicken has a very big role, and again chickens were being used as part of Ngaben. Poultry was tied to the sarcophagus, and released once the coffin had arrived. I was told that it was good luck if you were able to catch one of the released birds. 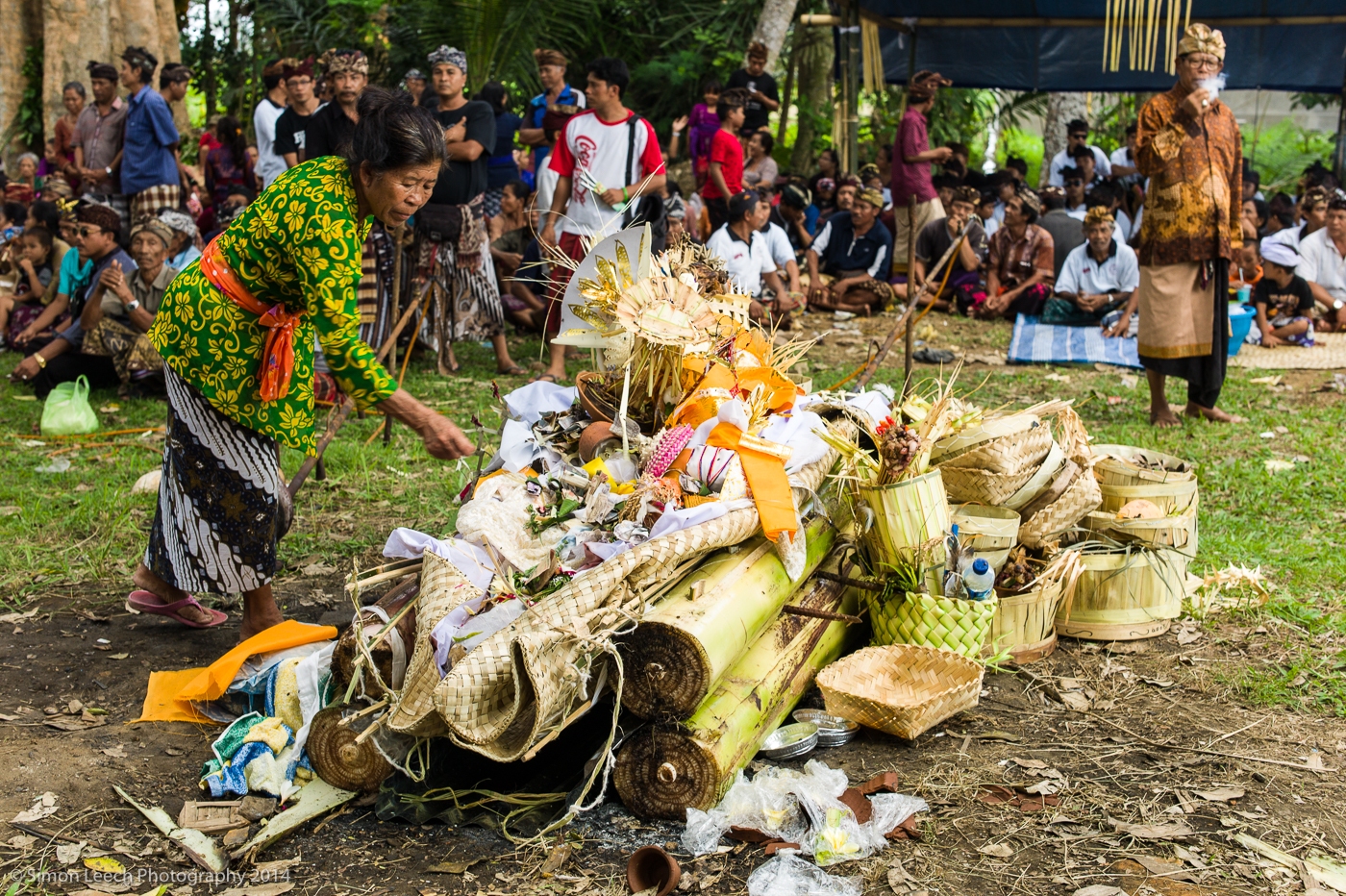 As soon as all of the coffins have arrived, and with the fire service in attendance, it is time to start burning the bodies. The ‘honour’ of lighting the first coffin is down to the relative of the most recently deceased – at this event this was a lady whose husband had passed away just the day before. Rather than using matches, the fire is fuelled by a complicated, and not particularly safe looking, gas installation. 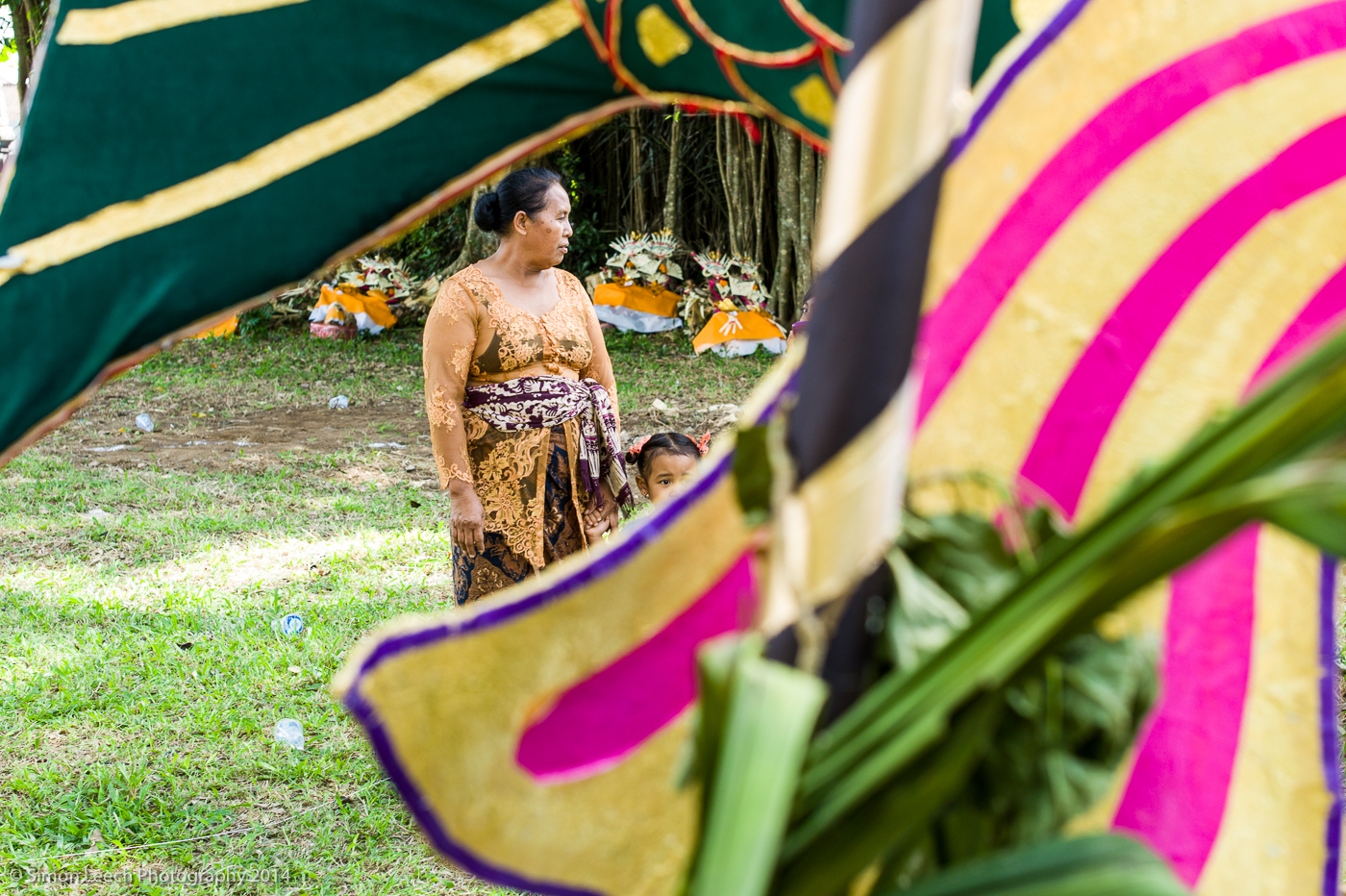 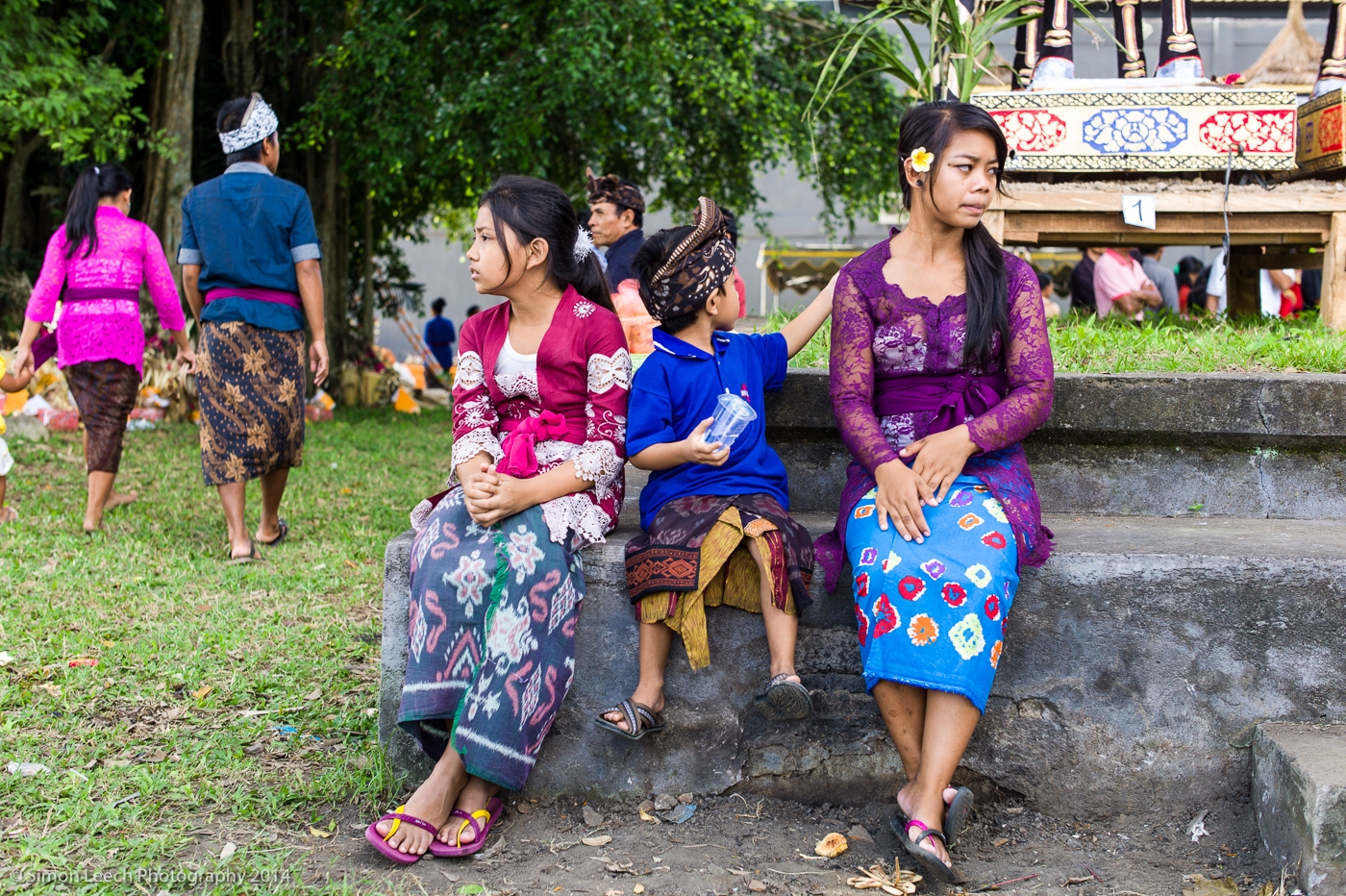 It was certainly a very interesting experience, and, since it is seen as a celebration, we were welcomed by the locals. People didn’t seem to have a problem with me taking photos, and many were happy to pose. Out of respect I wore a traditional sarong and Balinese head dress. 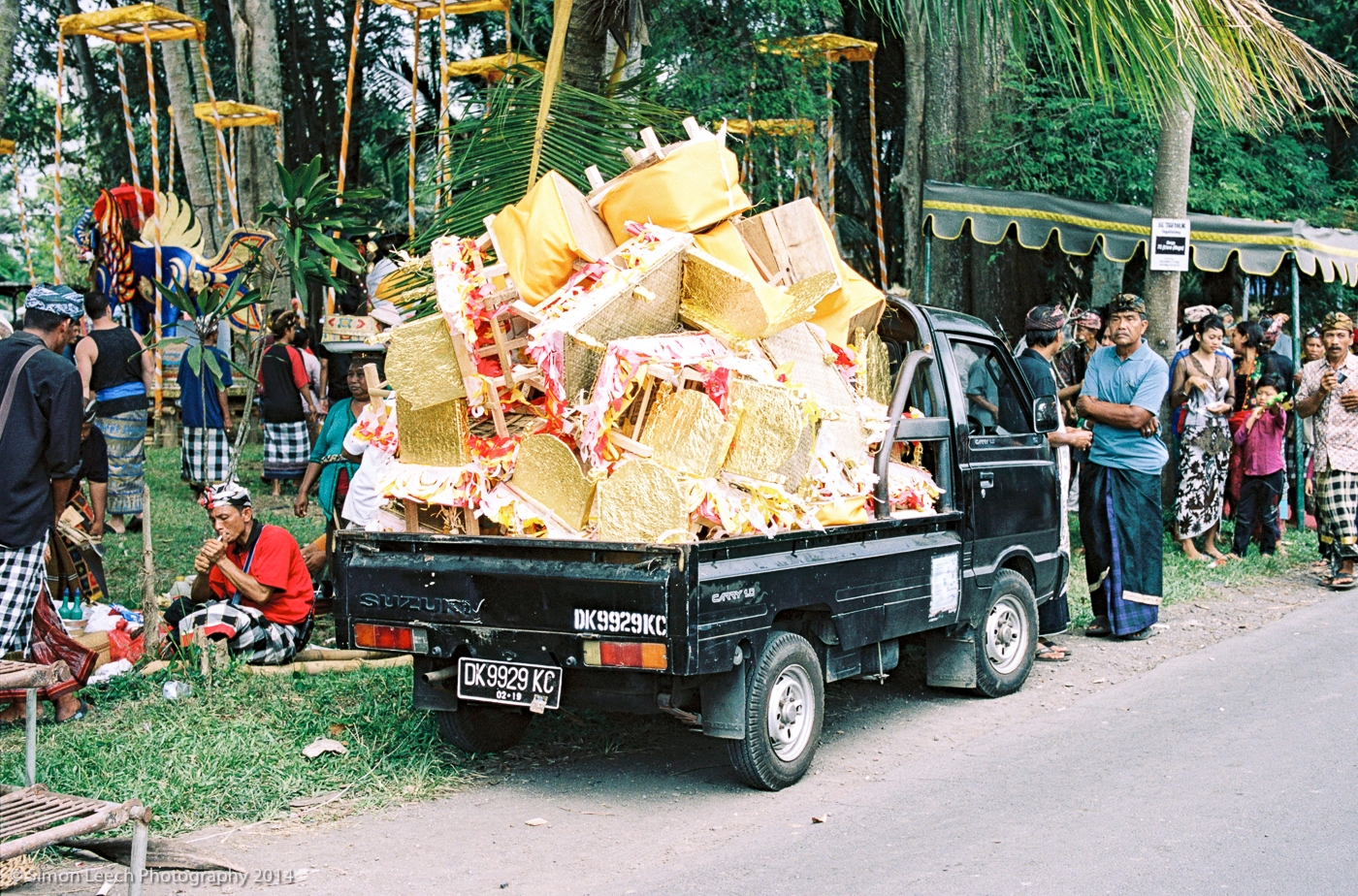 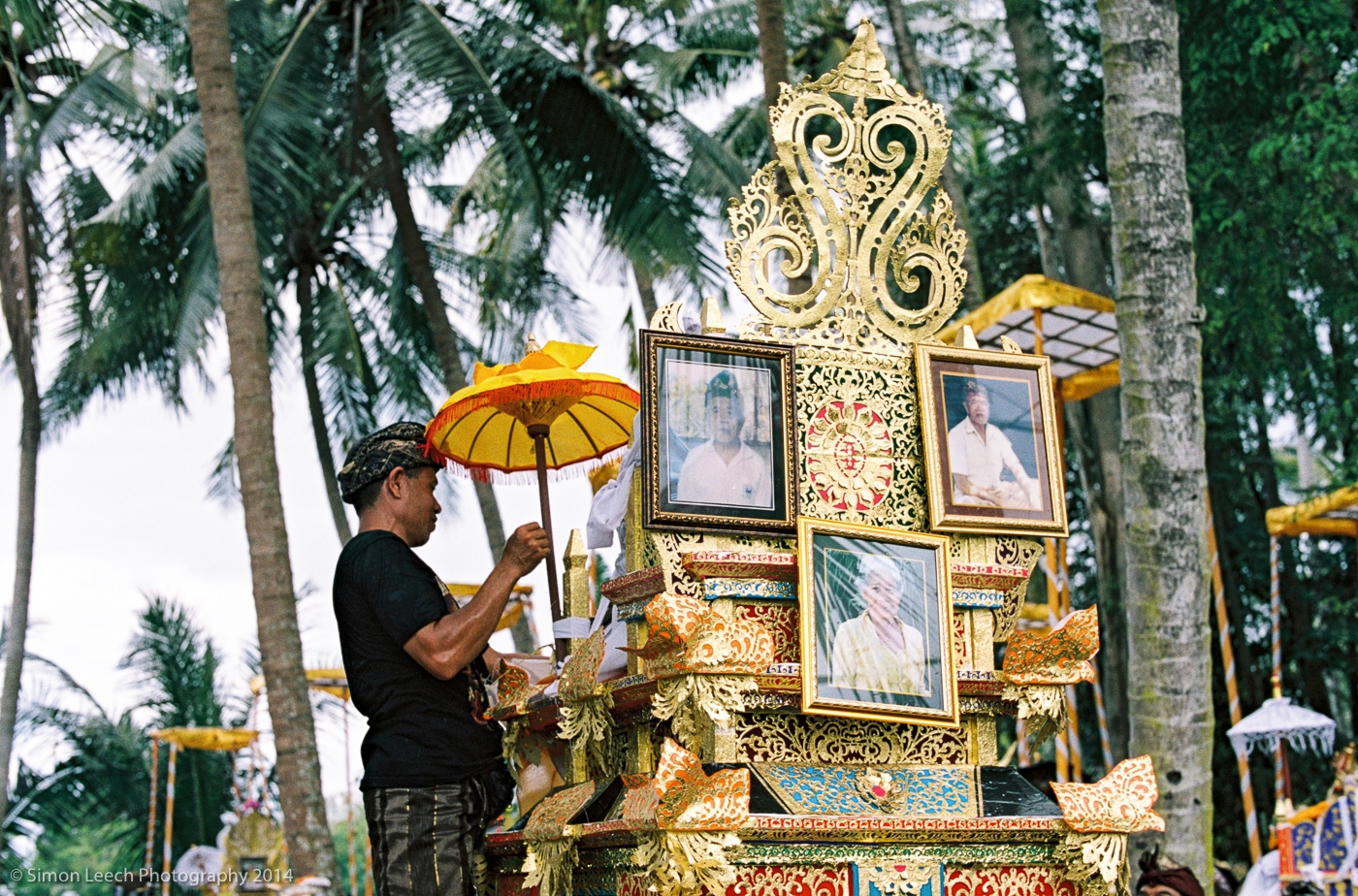 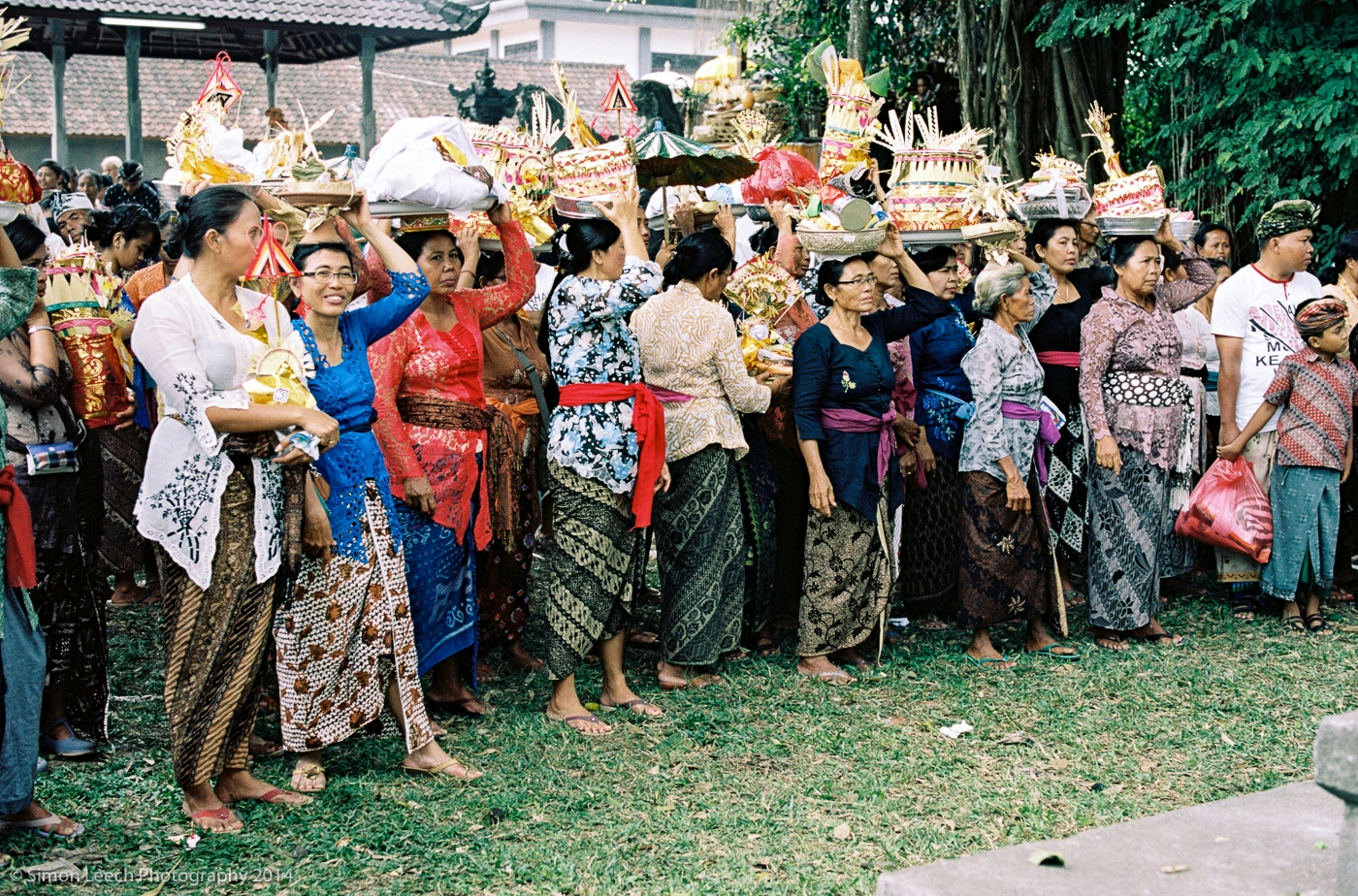 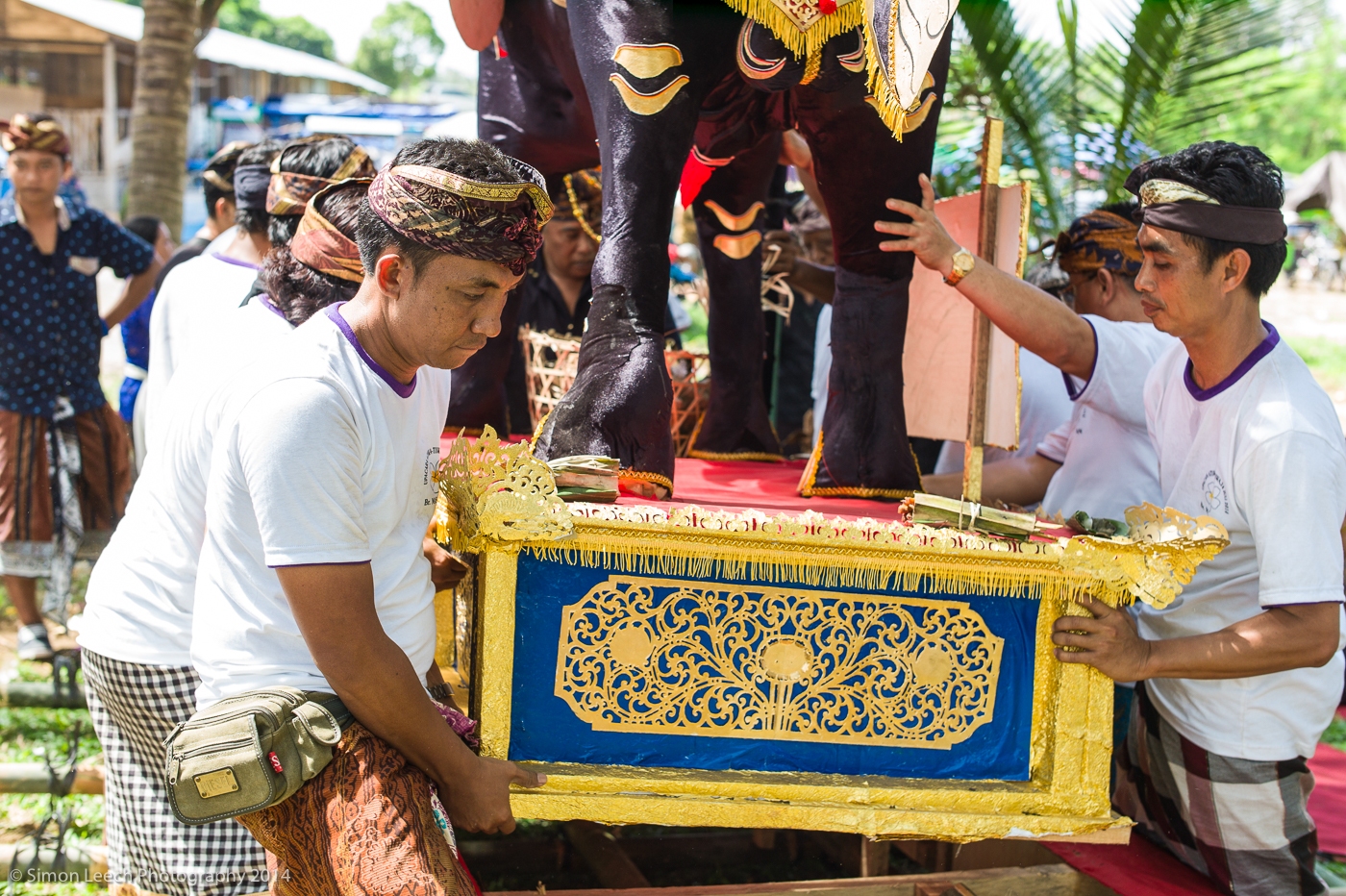 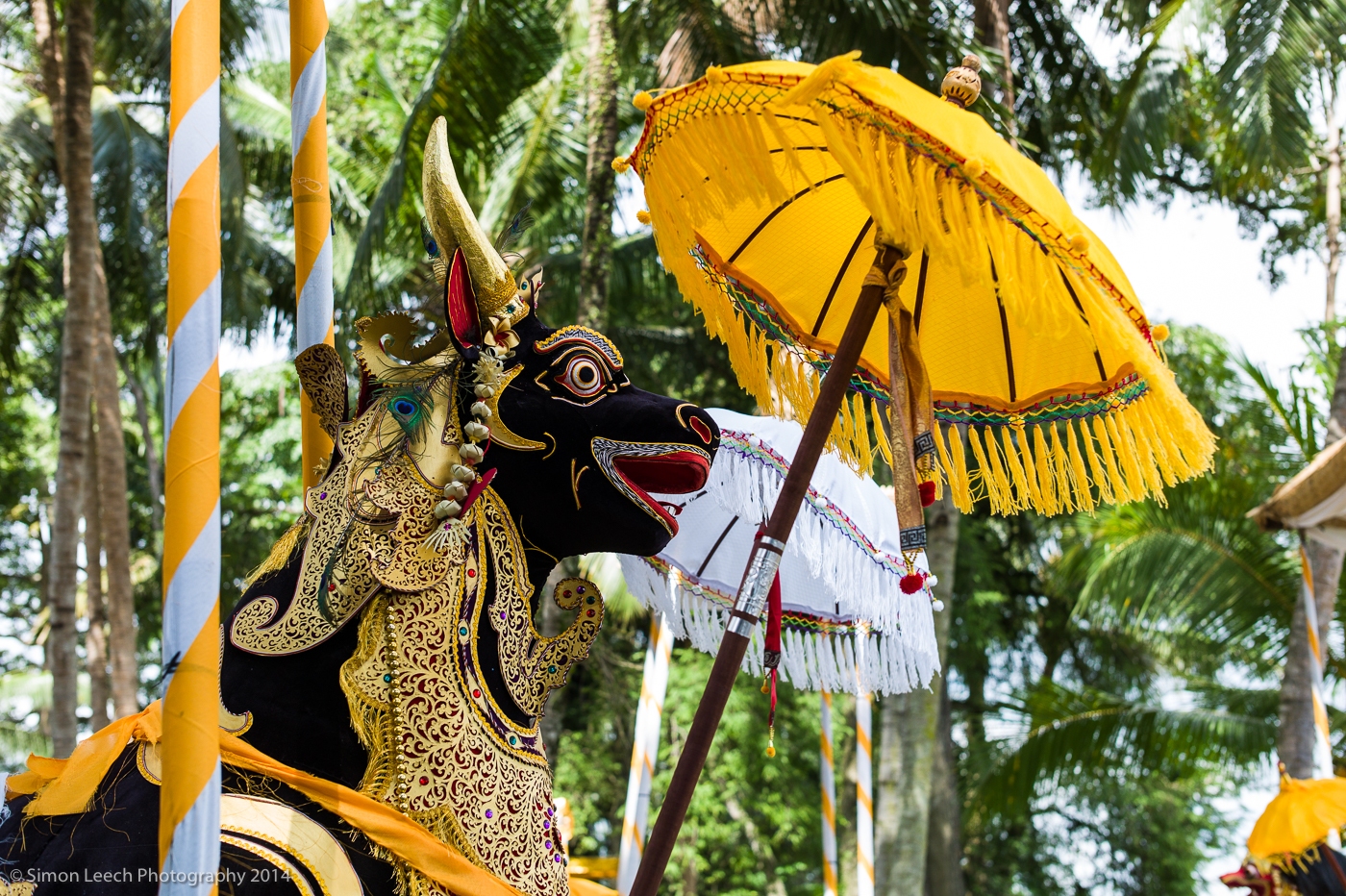 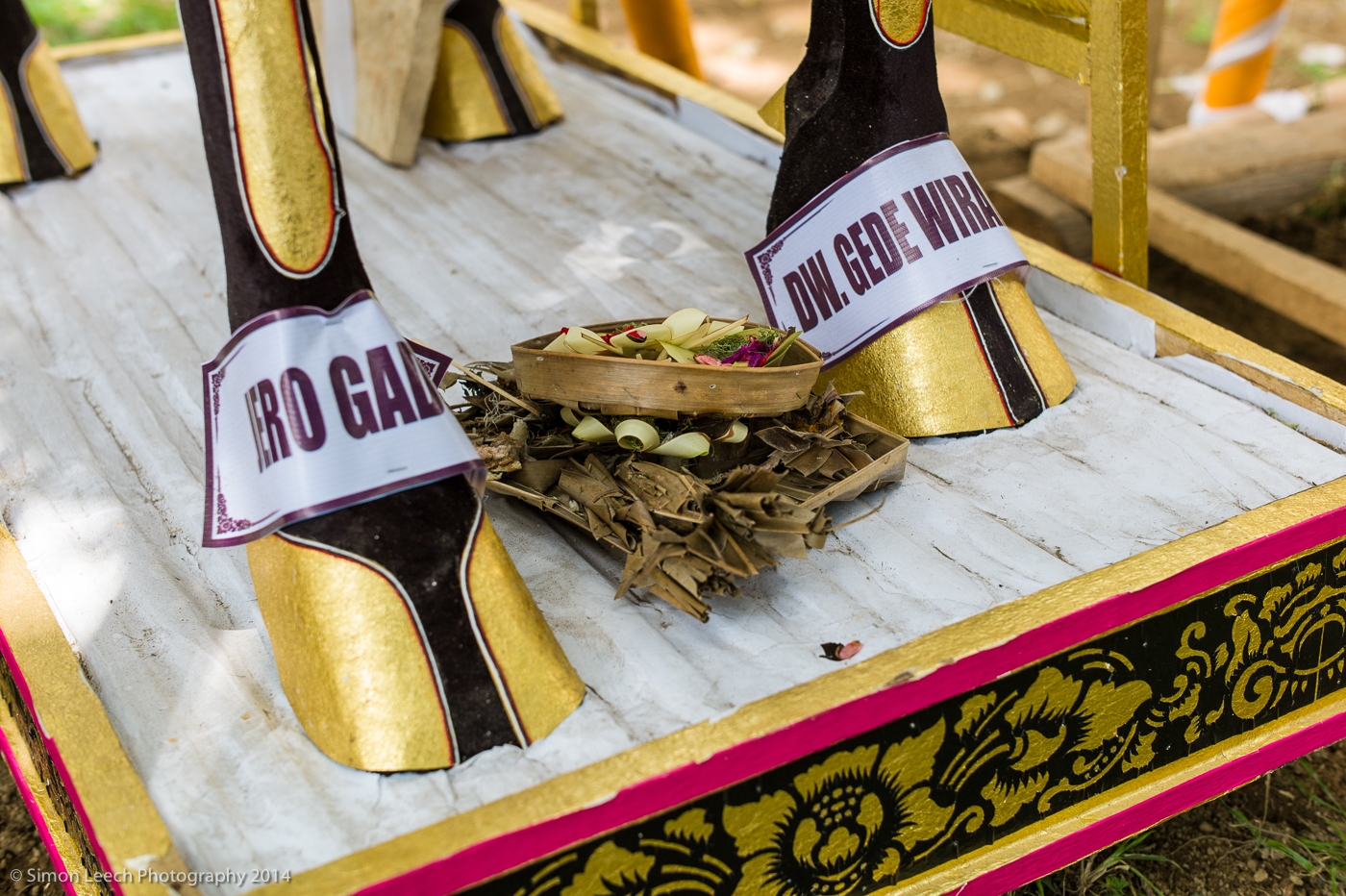