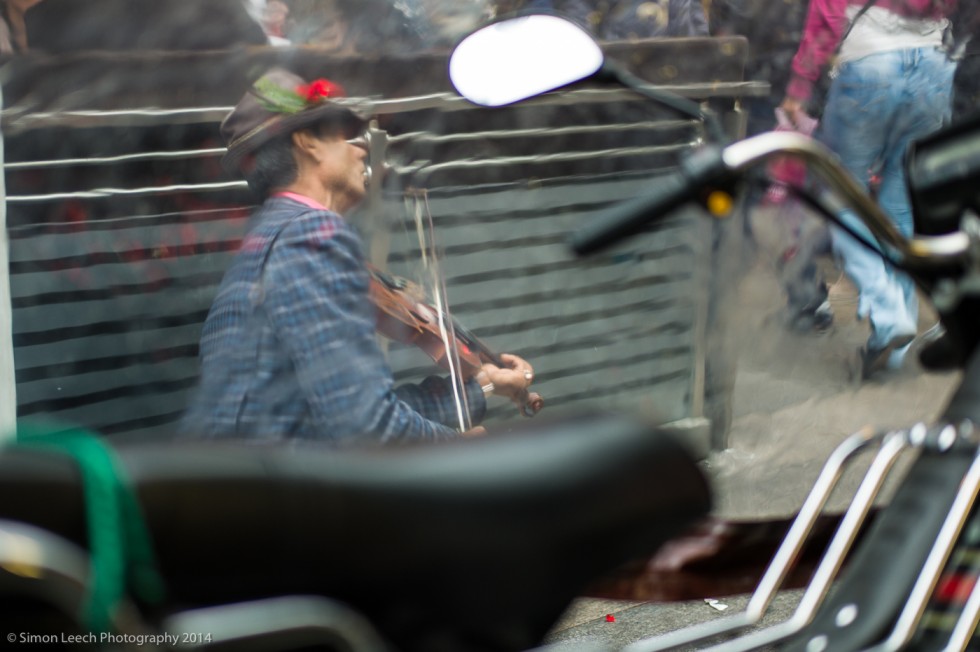 Whilst reviewing my post trip images from a recent trip to Istanbul, I noticed that, at least in terms of the photos I was happy with, Turkish men and women alike seem to have a lot of time to spend sitting down. Whether it’s reading a newspaper, drinking coffee, visiting a mosque, earning money, or just pondering life, they certainly like to rest their feet. Rather than do a ‘normal’ post trip report, I thought for now I would just share some shots of a nation of perchers…..

The story starts in the Grand Bazaar. In the afternoons and at the weekend a bustling market full of bargains to be made, but at 10am on a Friday morning, it’s time to relax… 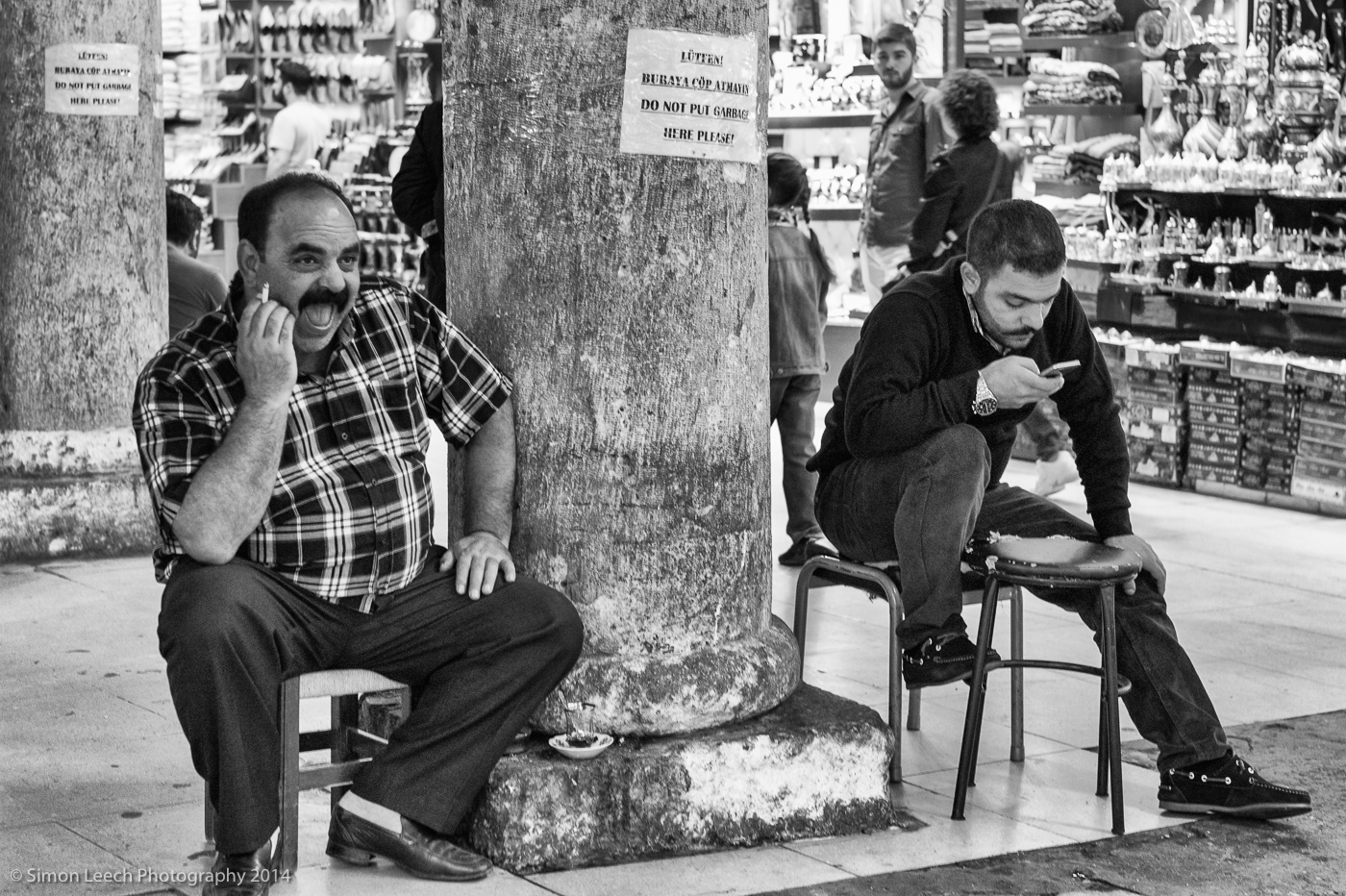 …and have a cup of turkish coffee (no doubt paying less than the 12 Turkish Lira that I was charged when I attempted to do the same…..) 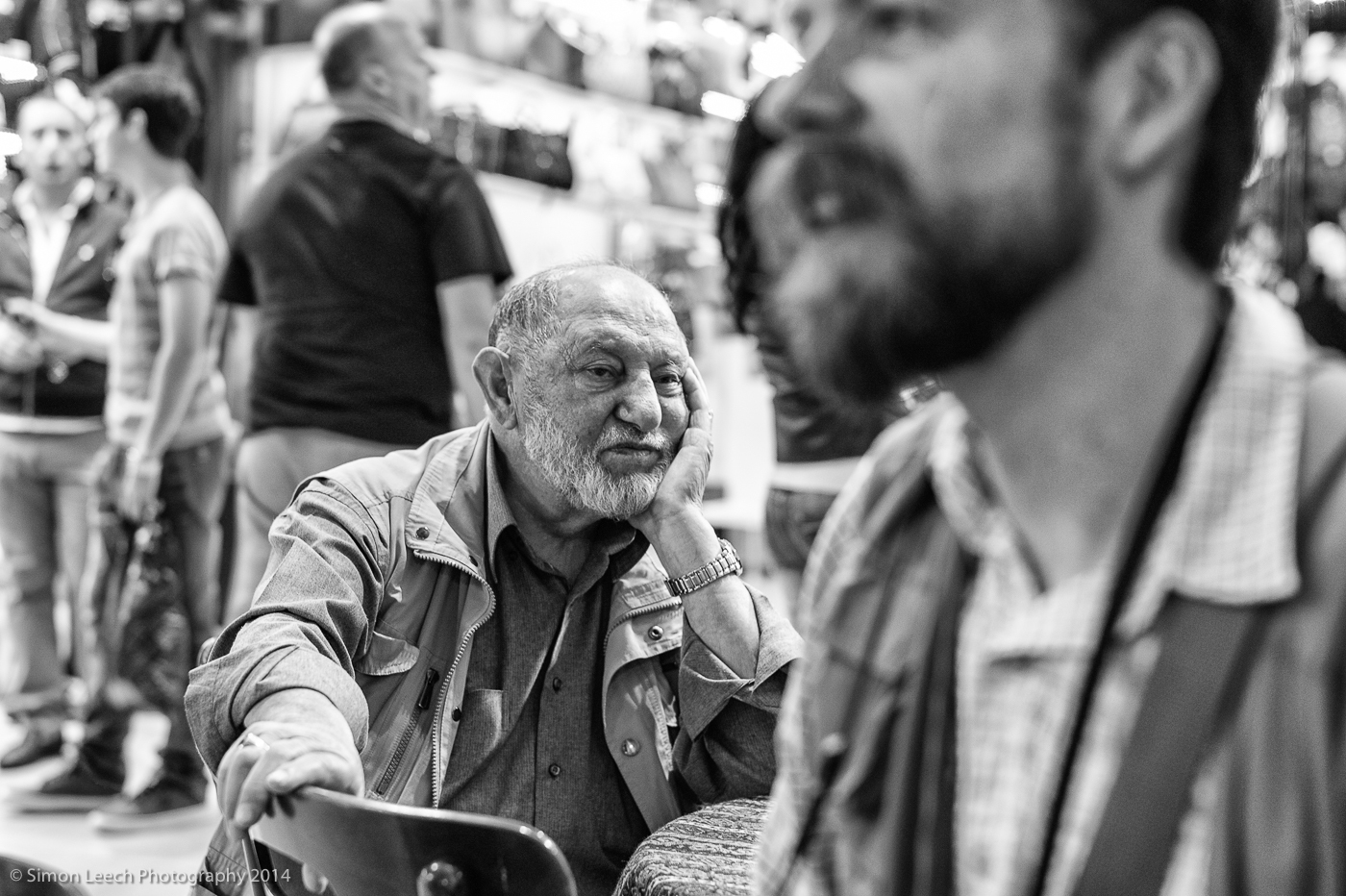 Of course, if it’s nice weather and you want to top up your tan, where better to sit than outside with a newspaper? 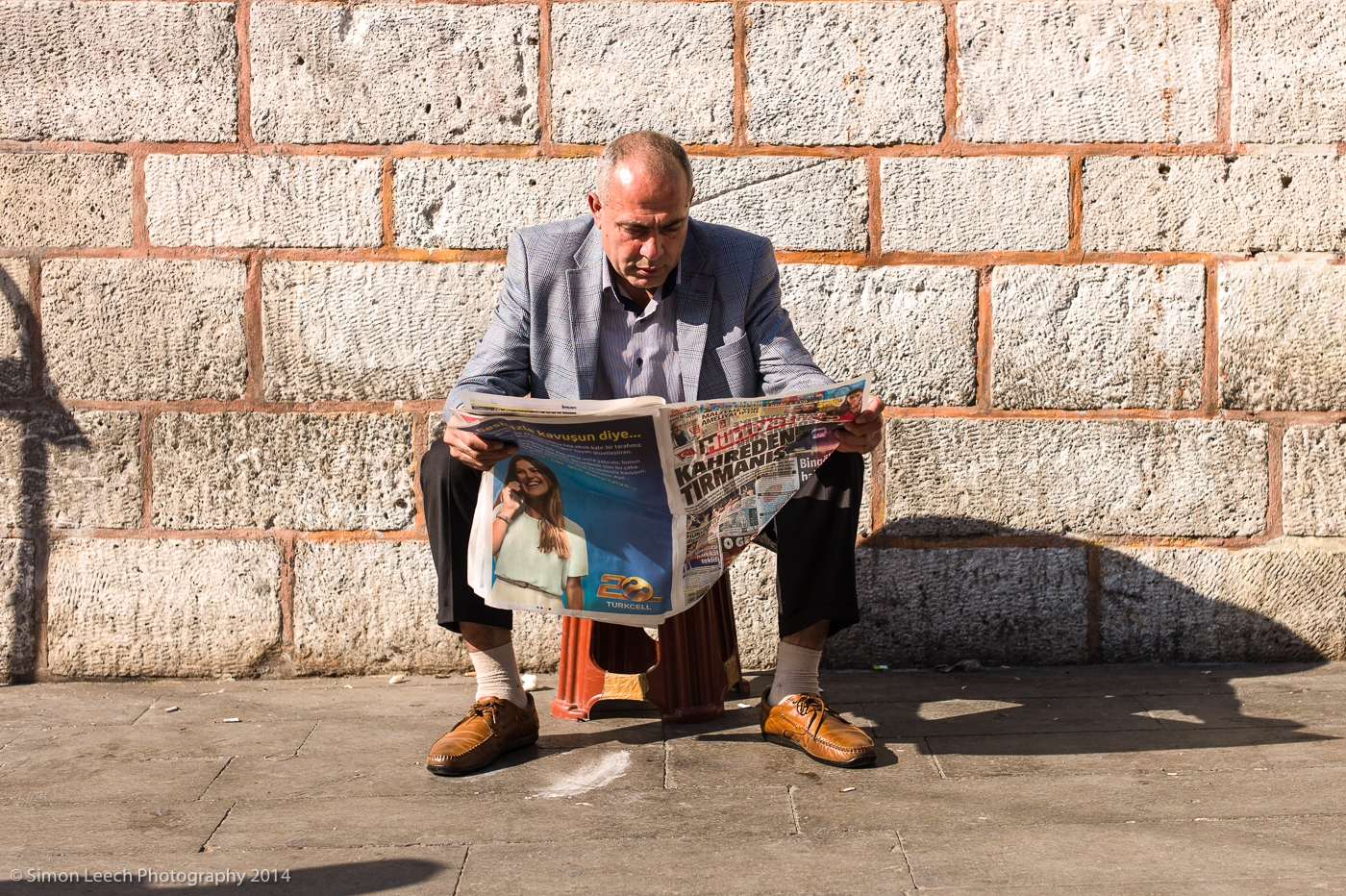 There’s always money to be made selling bird seed to tourists outside the mosque. But not on a Friday. Then it’s hard enough work trying to stay awake whilst the pigeons fend for themselves. 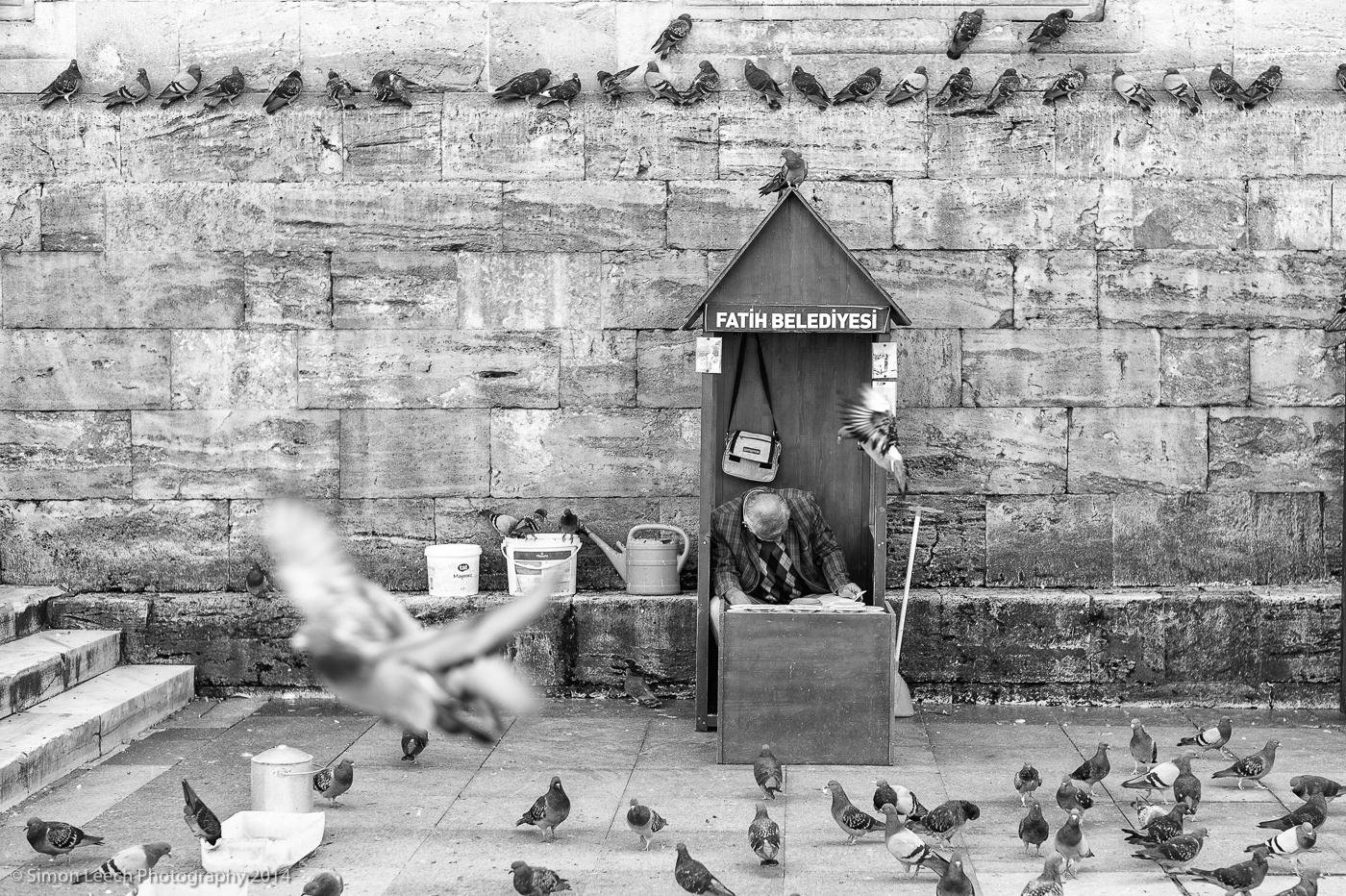 Once inside the mosque walls, it’s worth sitting down again to contemplate the day’s prayer 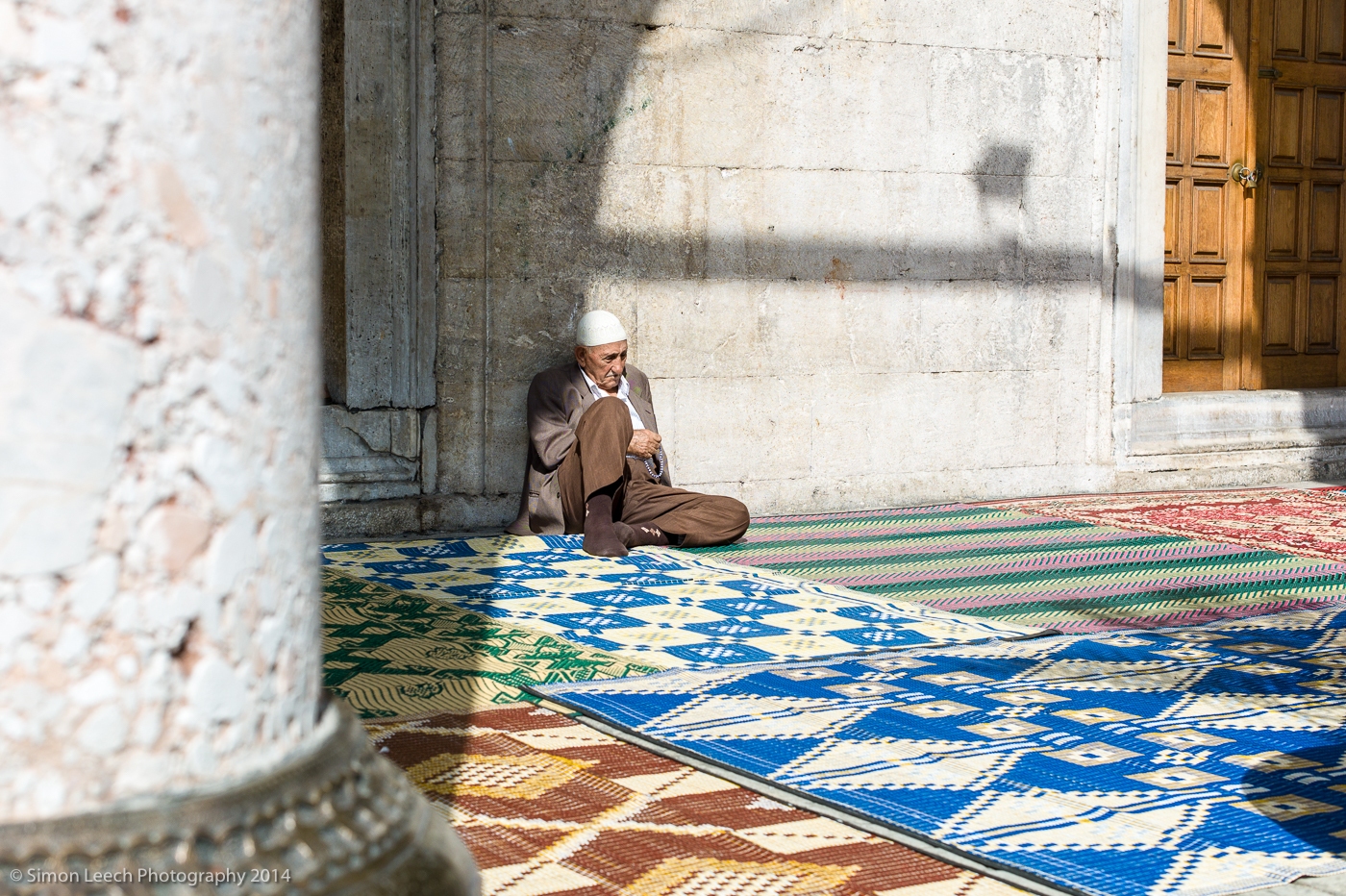 If you’re not the praying type, there’s bound to be someone who wants to buy some chain. But probably not when everyone else is praying, so until they come out, why not just sit down again and have a rest before the post mosque rush begins? 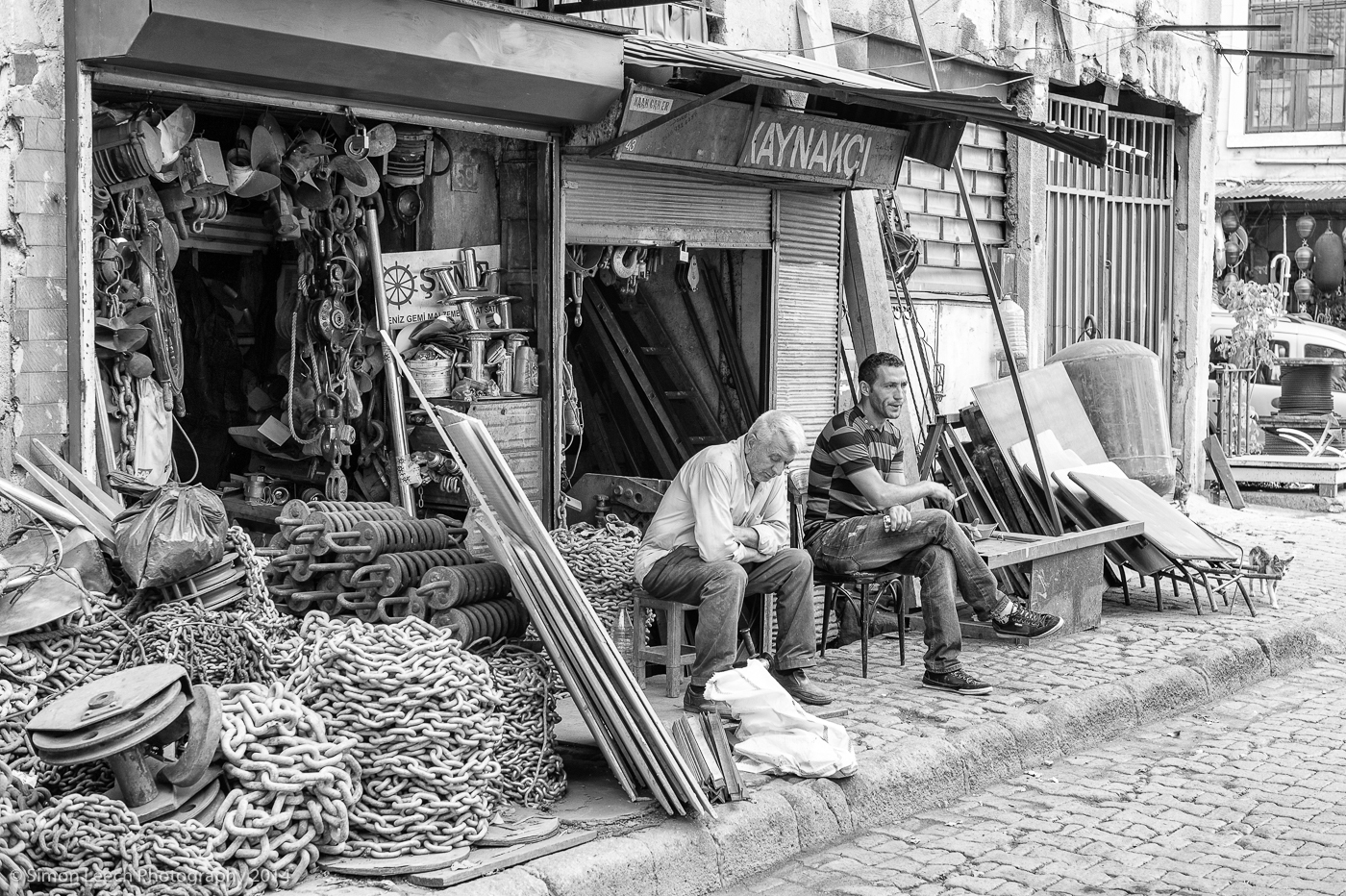 You can be sure your wife is doing the same somewhere…. 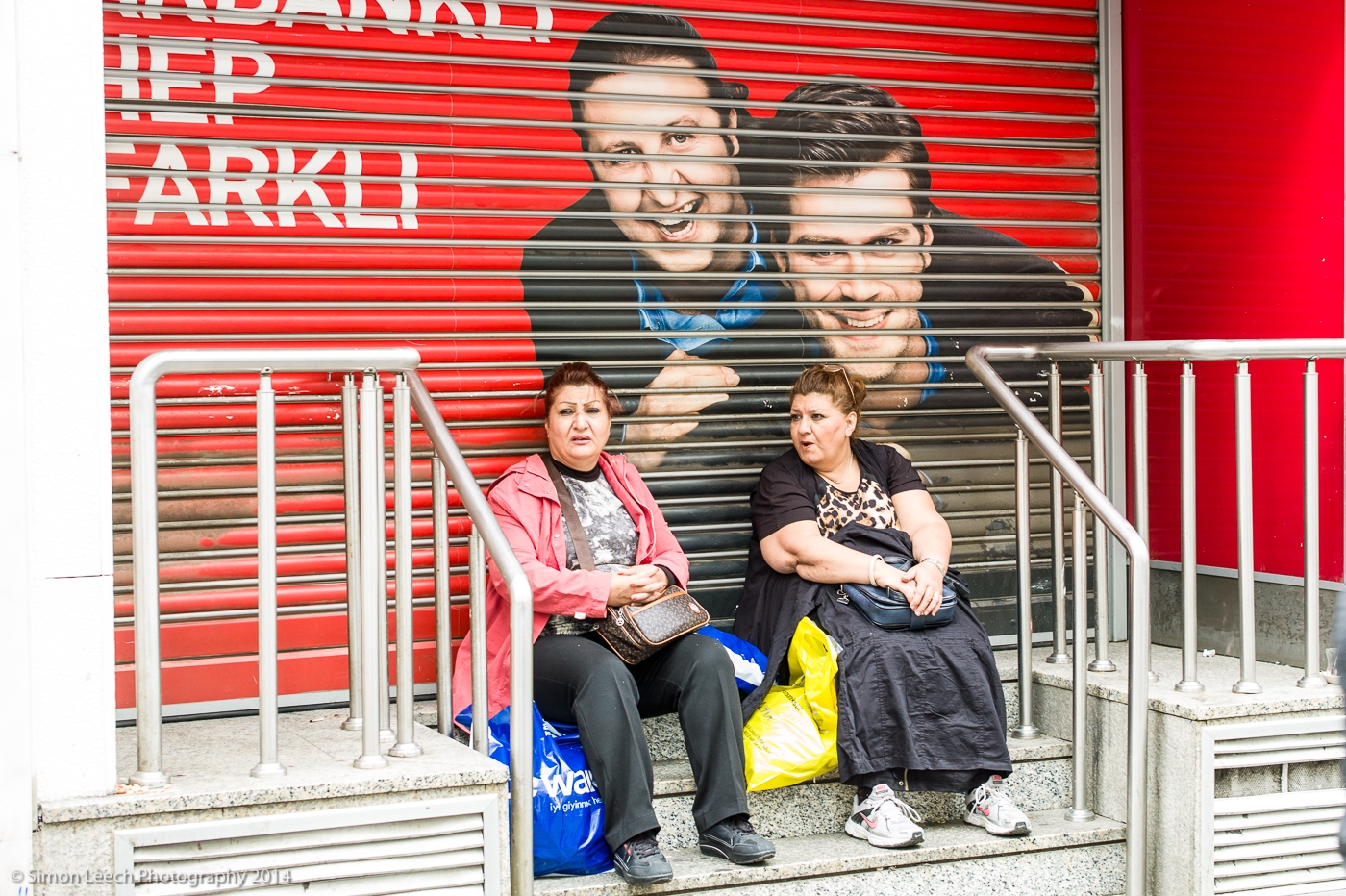 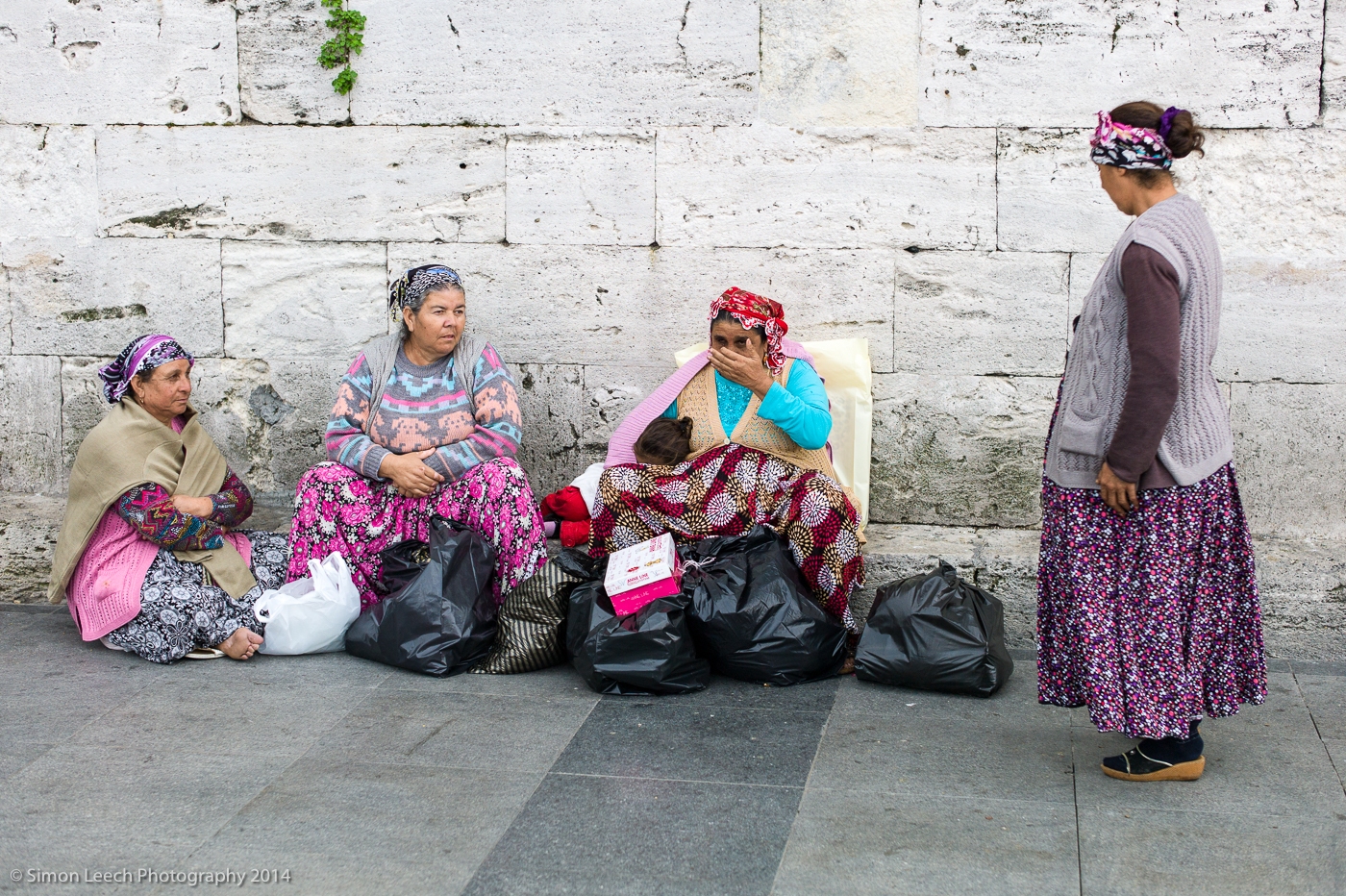 For the guy who is busy selling his stuff for ‘free’, a generous friend with a cup of coffee never gets ignored 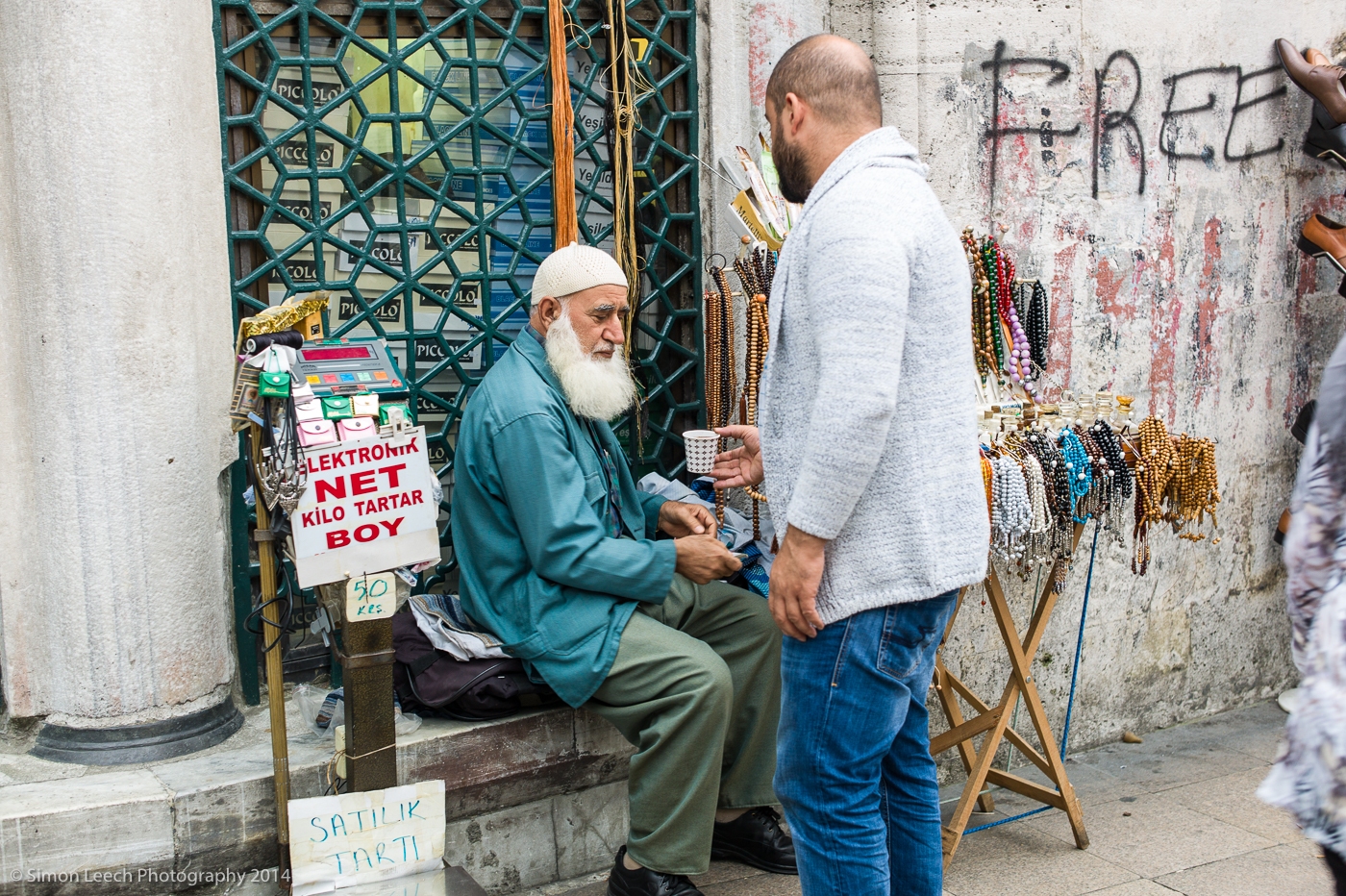 And finally, security is important. And how better to guard stuff than by sitting down. Whether they’re pigeons…. 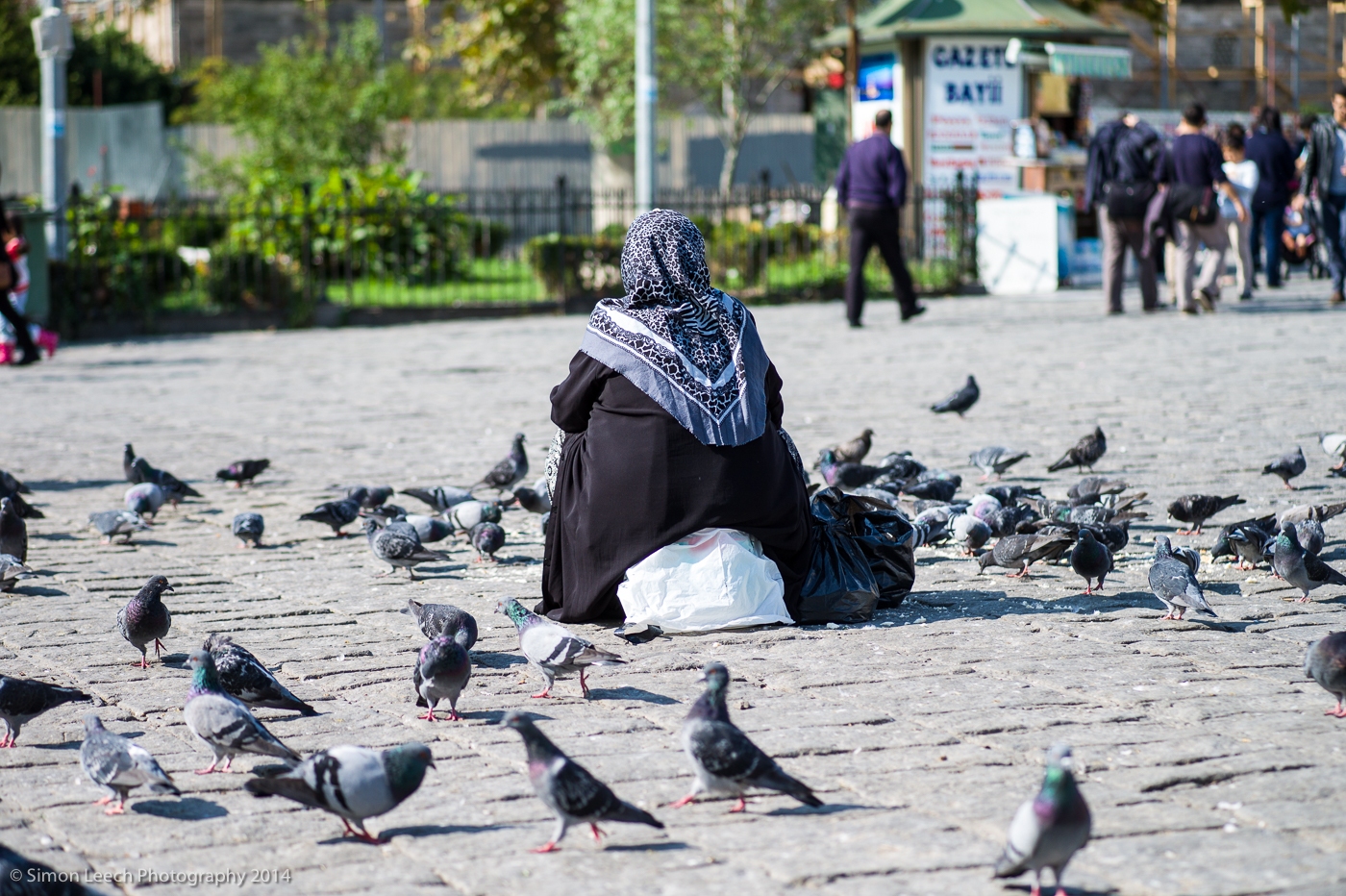 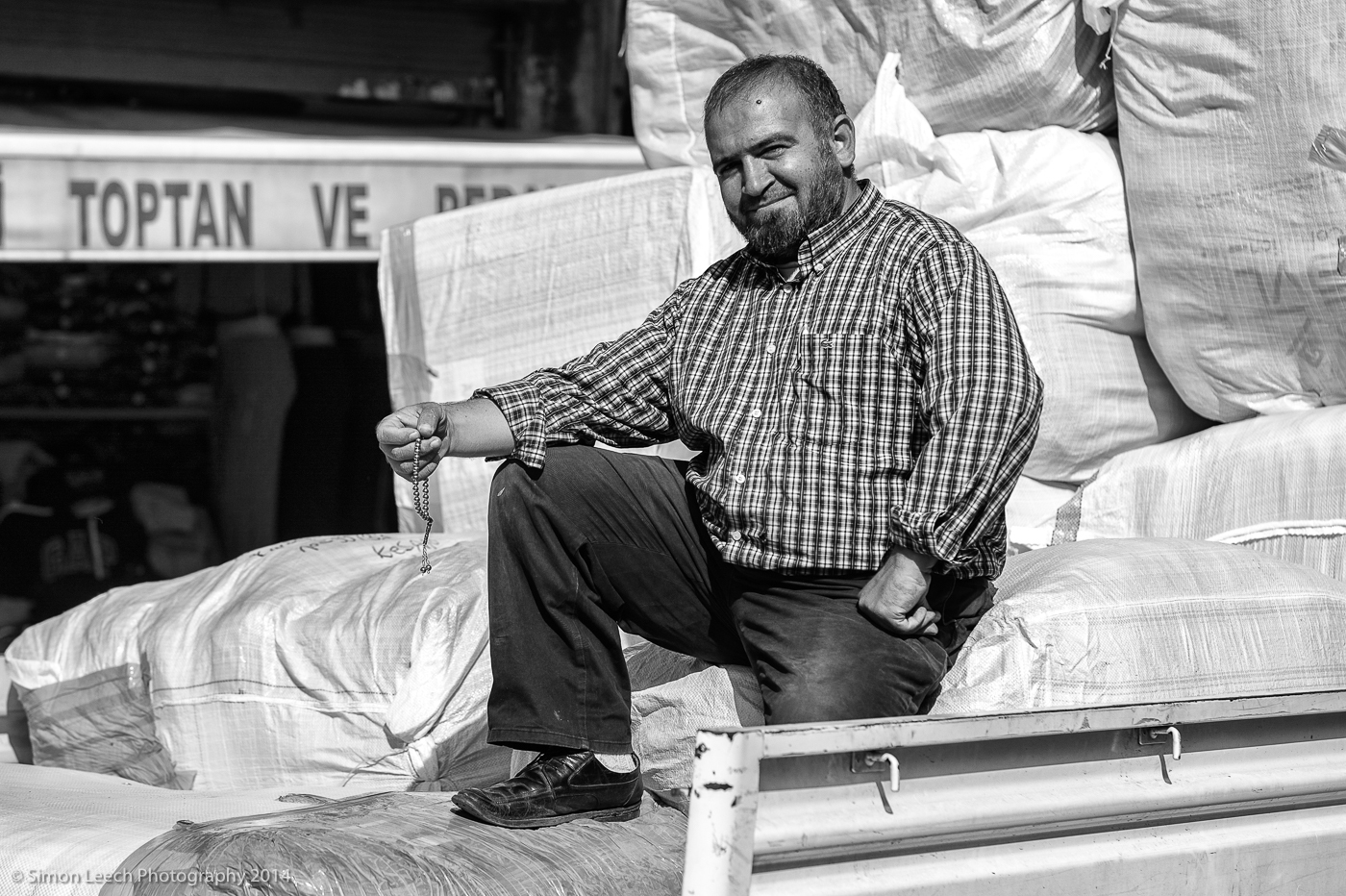 All photos taken in Istanbul with the Leica M-E Rangefinder, using a combination of the 50mm Summilux ASPH, and the 90mm Elmarit-M during the Leica User Forum One Challenge weekend. Despite what the light hearted fun of this blog post might suggest, there’s a lot that can be achieved by sitting down, even if it is just for a few minutes 🙂