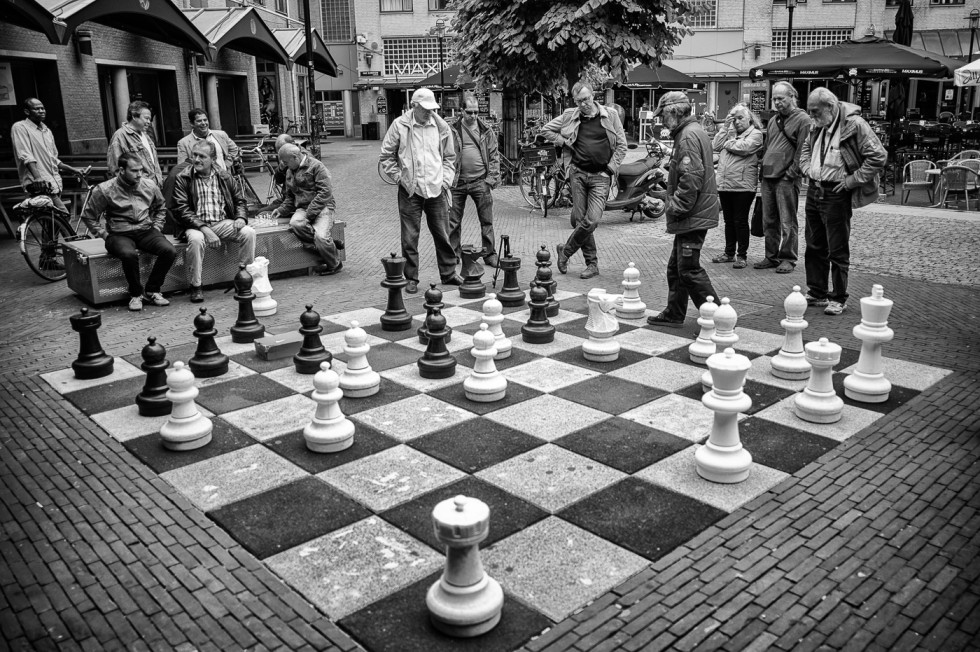 It’s always nice to take a wander around the streets and canals in Amsterdam, and recently during a break from work I had a chance to do so on a couple of occasions during the week, when the city is a little less crowded. I moved to the Netherlands 16 or 17 years ago now, and although I no longer live in Amsterdam, having moved to Amstelveen a couple of years ago, I still consider Amsterdam my ‘home from home’ – it’s a great place to wander around and explore, and there is always something new to discover.

The images in this post were taken in Amsterdam in September 2013 using the Leica M-E together with the 28mm Summicron lens. There is a common belief in the rangefinder community that the perfect trio of lenses to use with a rangefinder is a combination of the 28, 50, and 90mm focal lengths. I started off with a 35mm lens, and found it a very good choice for a lot of street photography, but sometimes I found myself wanting something slightly wider – the 35mm was just a bit too similar to the 50mm, and especially in cities with narrow streets I found myself wanting to take an additional (impossible) step backwards in order to get what I wanted framed in the shot. 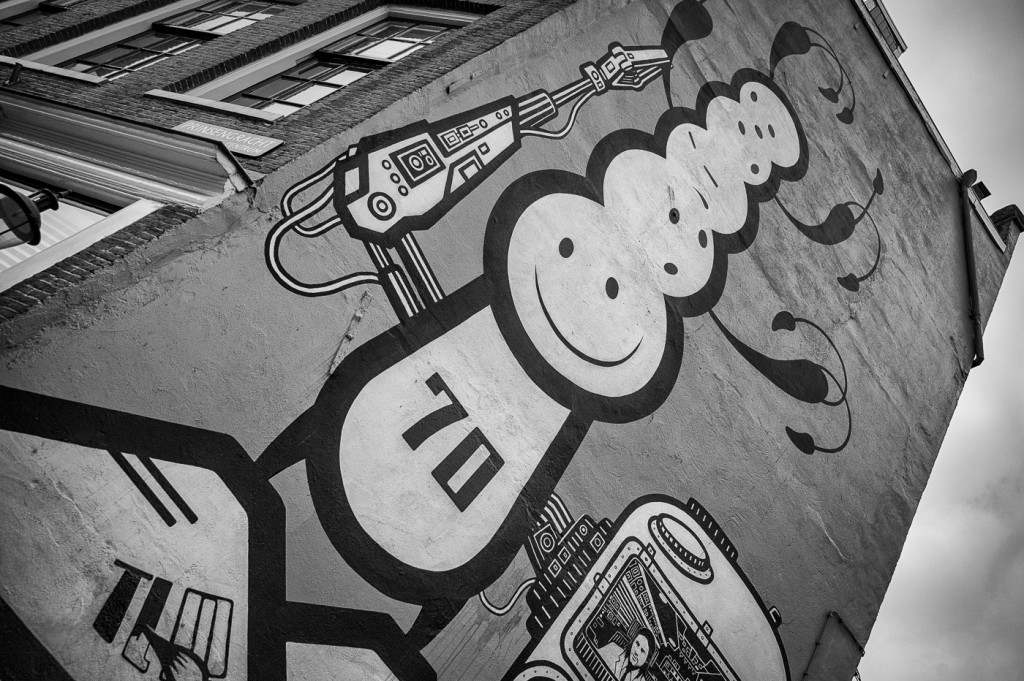 For me, the 28mm is a very good compromise. It’s wide enough to put the viewer right into the image, but it’s not so wide as to cause any distortion. The Summicron in particular is an extremely sharp lens, even wide open, and due to the wide focal length gives adequate depth of field when used wide open – at a focus of around 4m at f/2 for example, the depth of field ranges from 3m to 6m.

I’ve found that the 28mm Summicron provides an ideal one lens solution, and works equally as well as part of the afore mentioned trio. Initially I was discouraged when reading reviews on the internet, as a lot of photographers are very negative about the size of the lens hood, claiming it blocks out too much of the rangefinder viewfinder to be useful, however having used it for a while I hardly notice the blockage – sure it is there, but not enough to be irritating.

When I return from a session shooting street, I tend to find that I prefer my images once converted to black and white. I shoot in DNG (RAW) format, so this is very easy to do, and I use the Silver Efex Pro plugin from Nik Software (now part of Google) to do my black and white conversions. 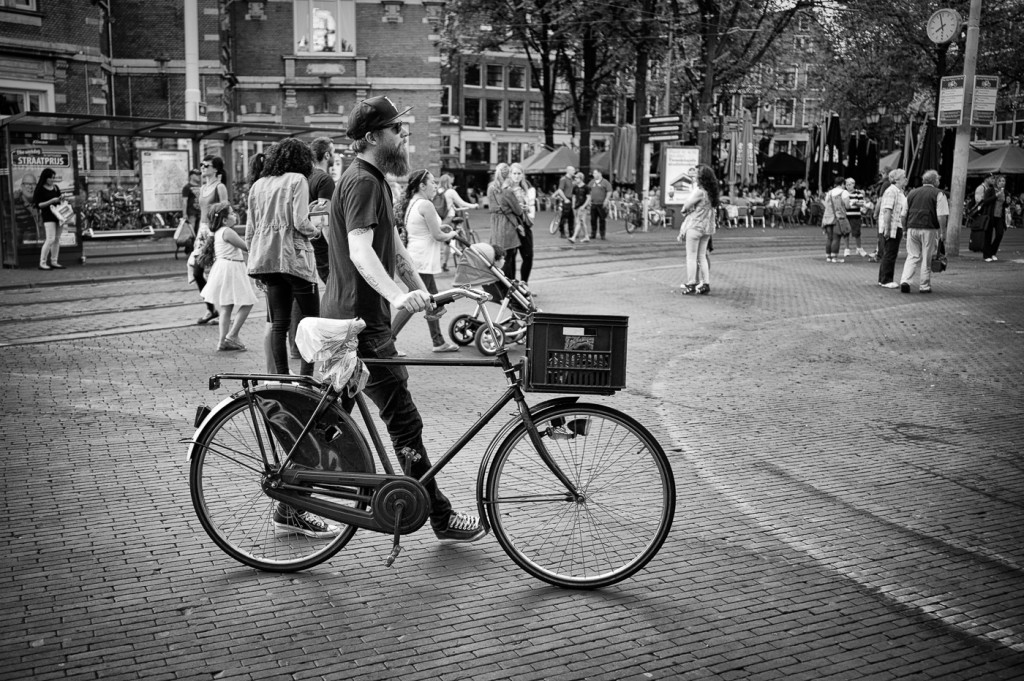 There is a community chess board on the Max Euweplein in Amsterdam, just near to the Hard Rock Cafe. During good weather there is always someone playing there….. 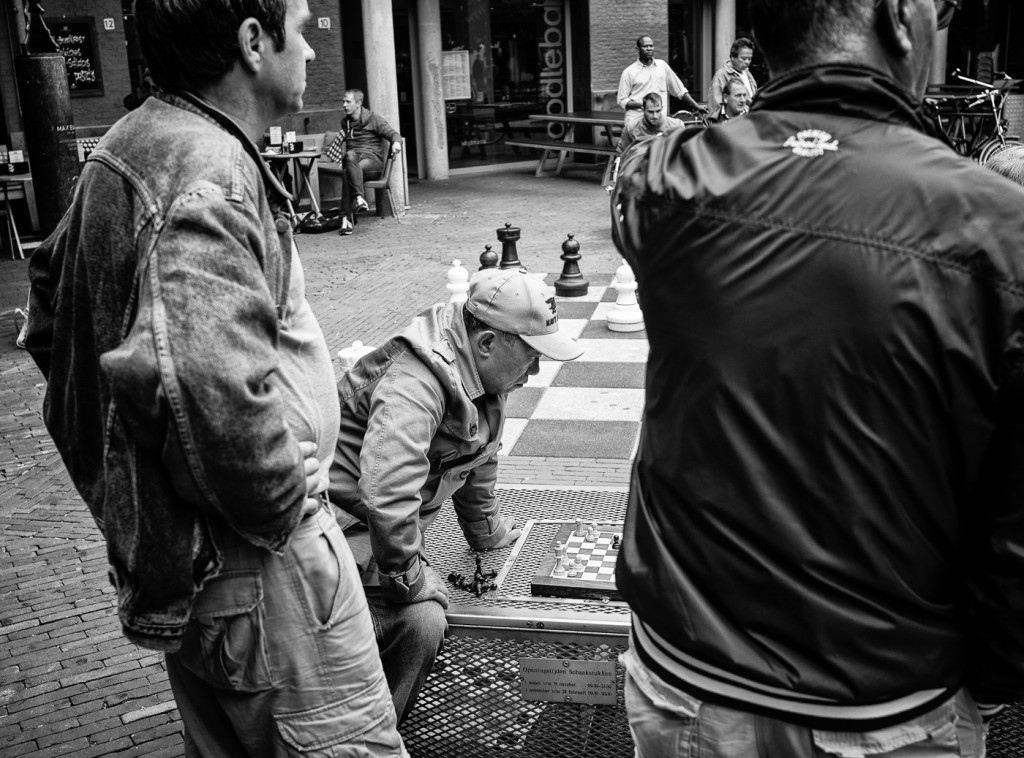 Chess on the Max Euweplein, Amsterdam

Frens Haringhandel has been serving fresh herring to passers by for over 25 years. Tasty with chopped onions and gherkins! 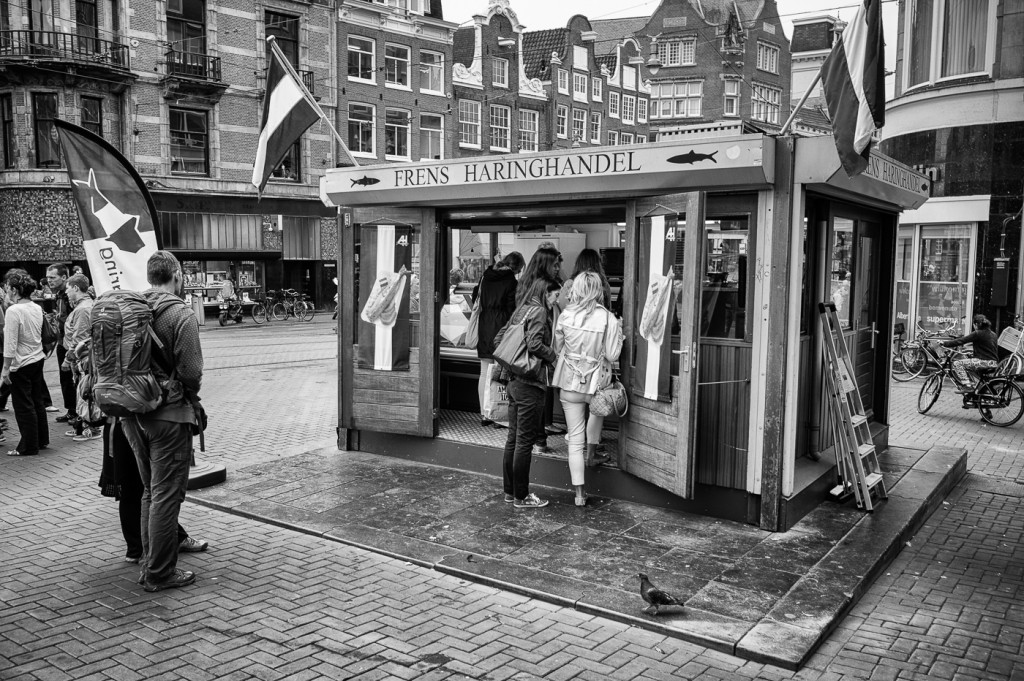