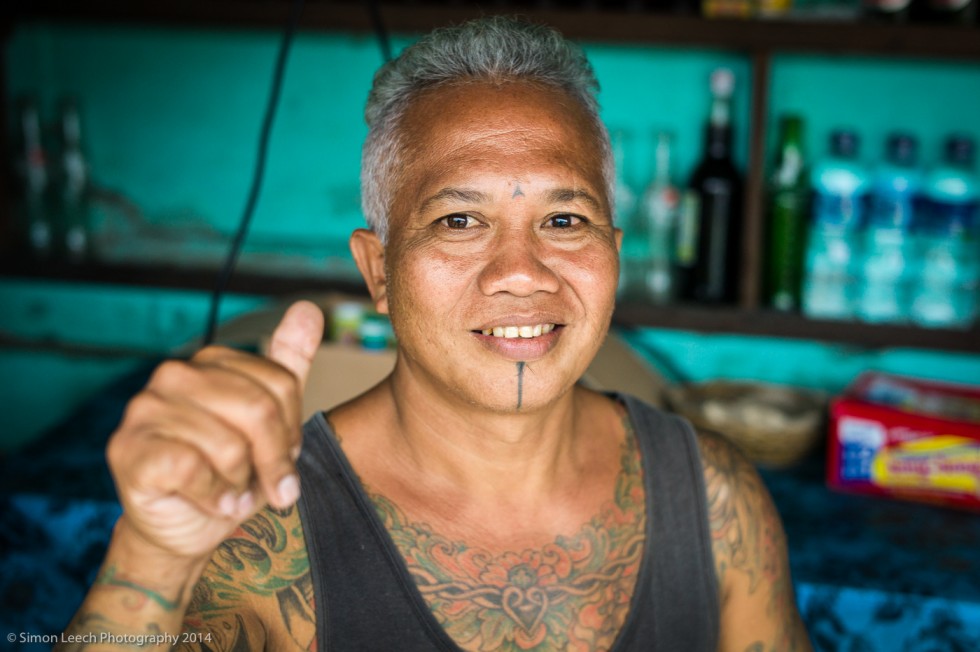 I don’t know this man’s name, but I would have a one in four chance of getting it right – I’m pretty sure it’s either Wayan, Made, Nyoman, or Ketut.

In Bali, everyone is given a birth name, based upon the order that they are born. So the first (male) child will be called Wayan, the second Made, and so on. The birth name is what is used in everyday life, but a given name may also be chosen which is typically more familiar, and may be based on a personality, or a family’s personal preference – for example our driver was called Made, but liked to go by Bobby when dealing with tourists.

So I never got to find out the tattooed man’s name. He spoke no English, and was only interested in shaking my hand and trying to sell me a bottle of local beer from his roadside stand. I settled for some iced water, took his photo, and wished him a good day…..