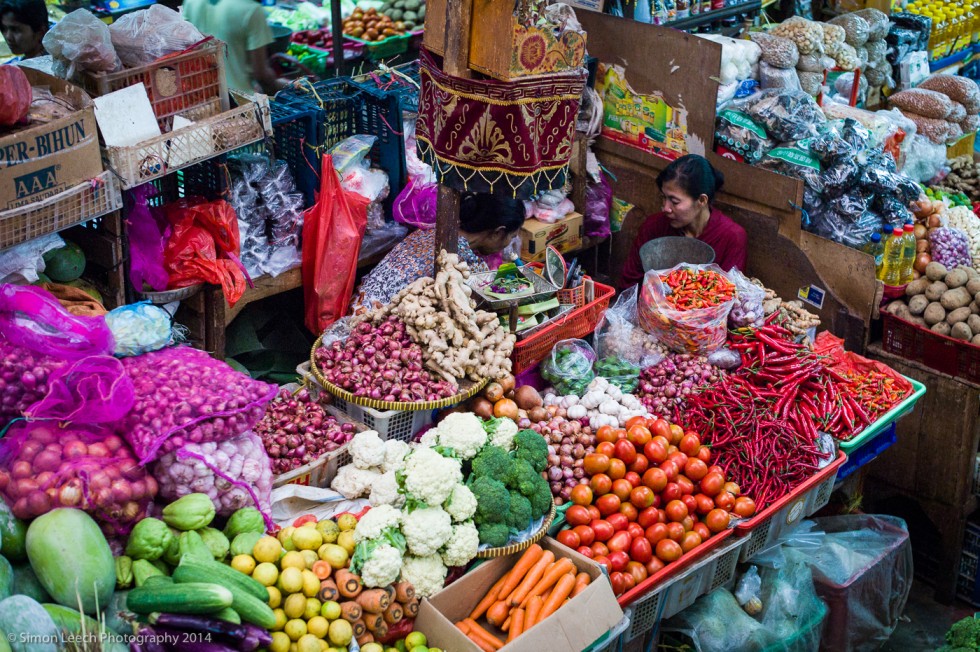 One of the memories that every visitor has of Bali is the food. Nasi campur, chicken sate, babi gulung, and all mixed with herbs including lemongrass, garlic, and sambal. Traditional Indonesian recipes with a little Balinese je ne sais quoi to make it unique. Supermarkets are fairly sparse in Bali, and refrigeration doesn’t seem the norm, so it’s up to the restaurant owners to get up at the crack of dawn to visit the local market to pick the produce they need to feed their diners. 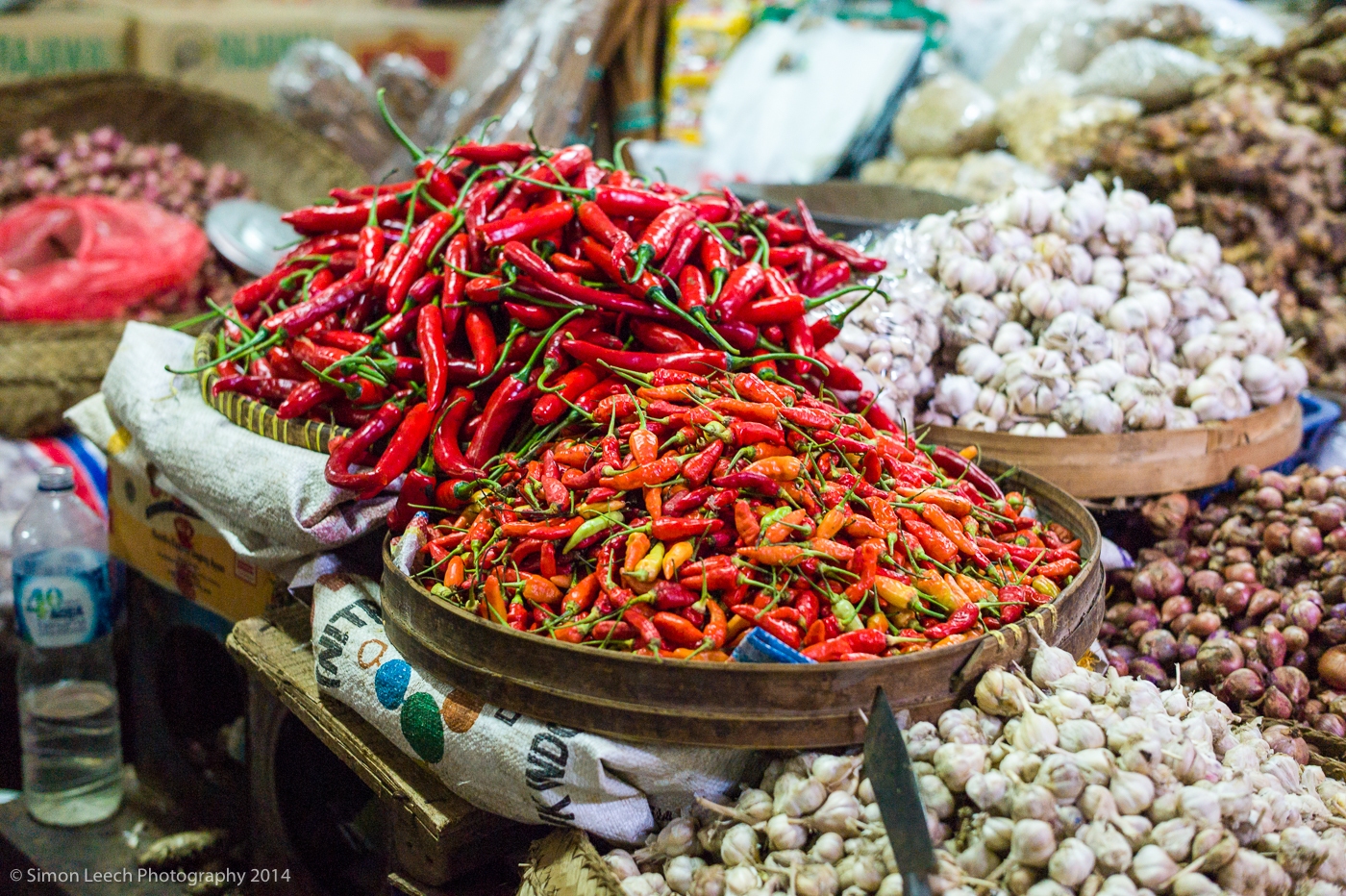 When we were planning our hotel transfer from Nusa Dua to Ubud we were given the opportunity to stop off in Denpasar on the way. I had read about the two main markets in the city – Denpasar Pasar Badung (the traditional food market) and Denpasar Pasar Burung (the bird market, more on that in a future post) – and was eager to check them out, so we said yes. 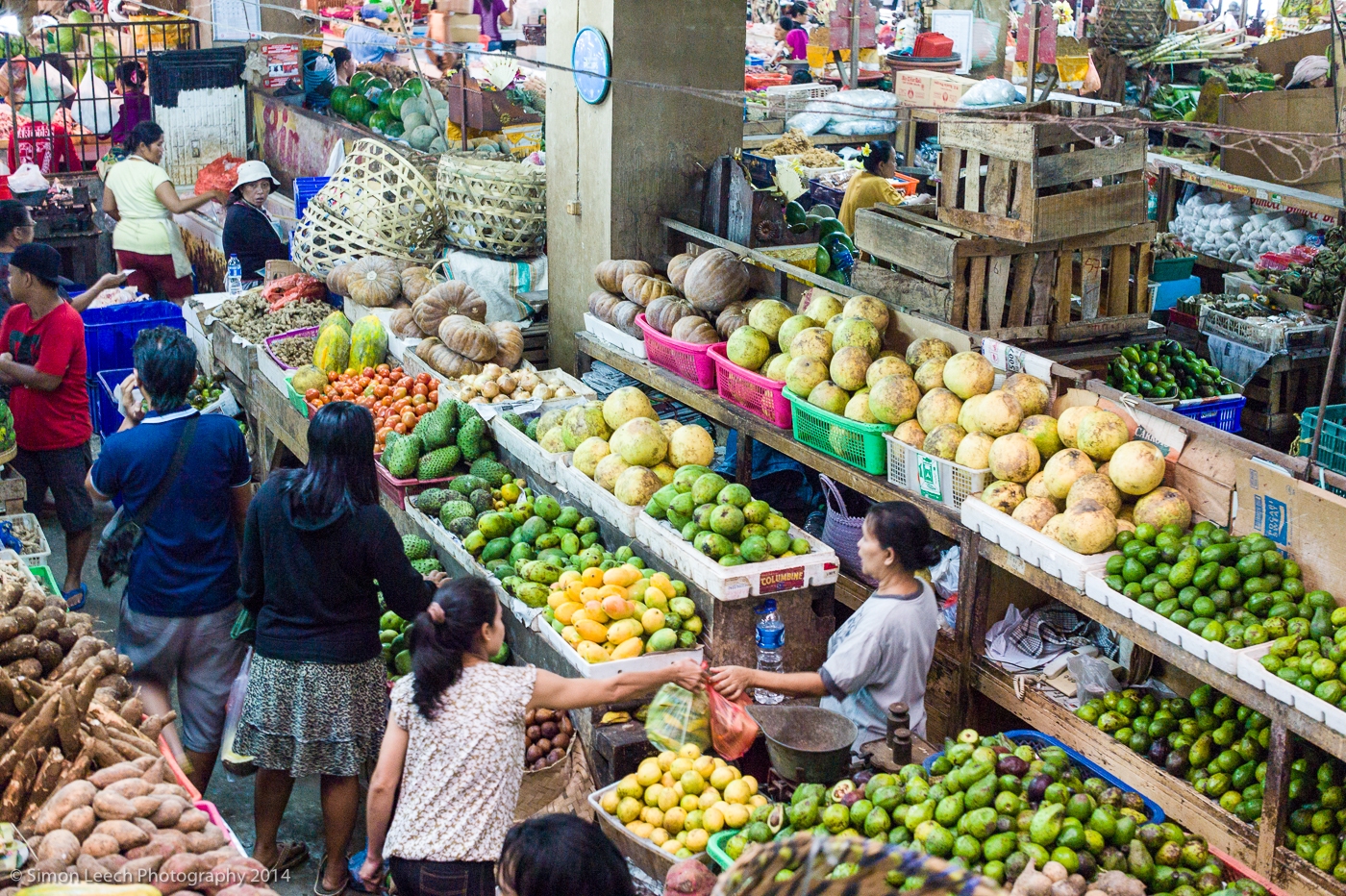 I had expected the food market to at least have a faint sense of organisation, but as soon as we entered I realised I was very wrong. It was huge, dirty, and it stank. We arrived mid morning so the market day was already in full swing (this particular market stays open 24 hours a day), but the shelves were full, and deliveries were coming and going to keep up with the demands of the shoppers. 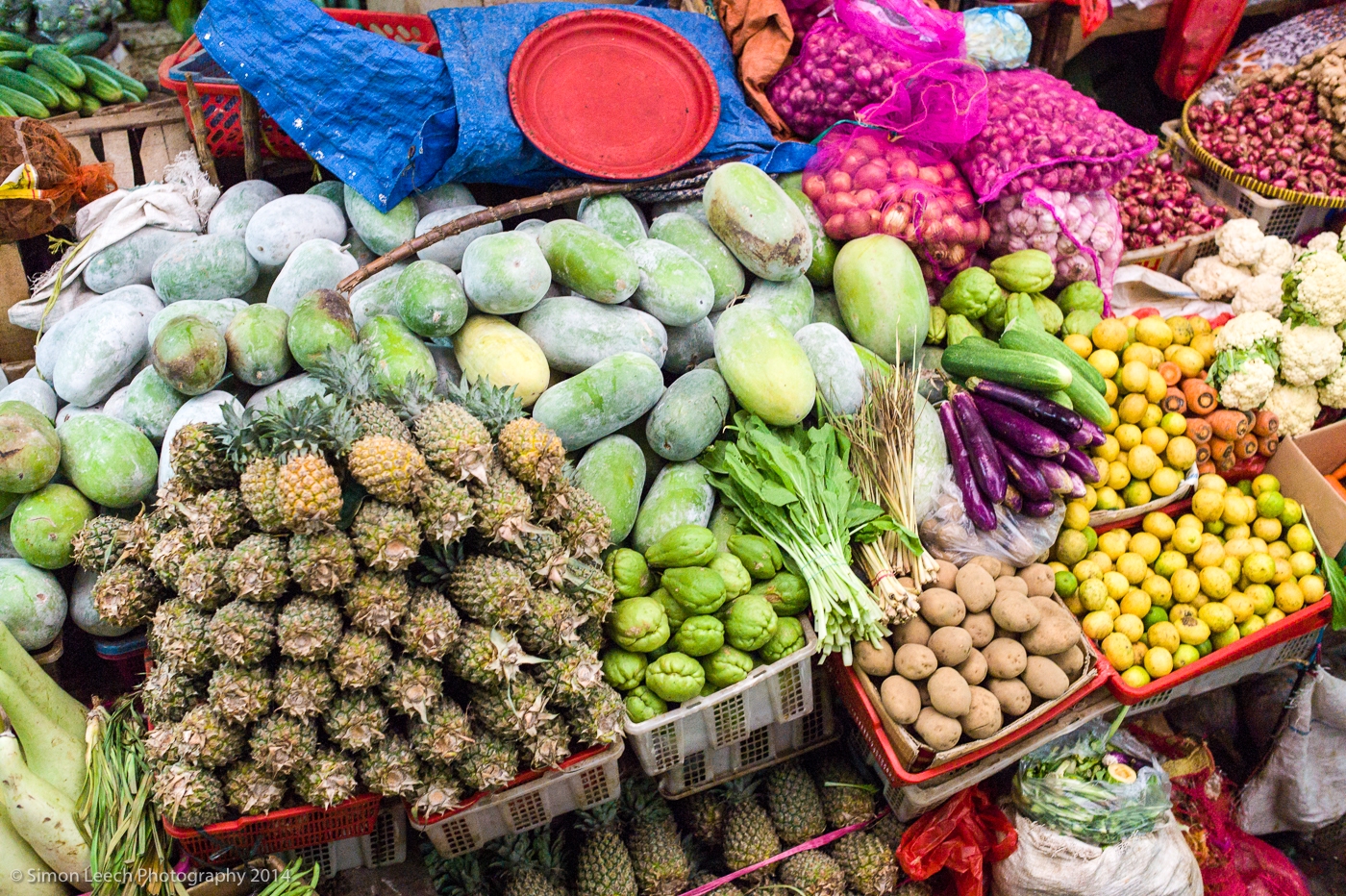 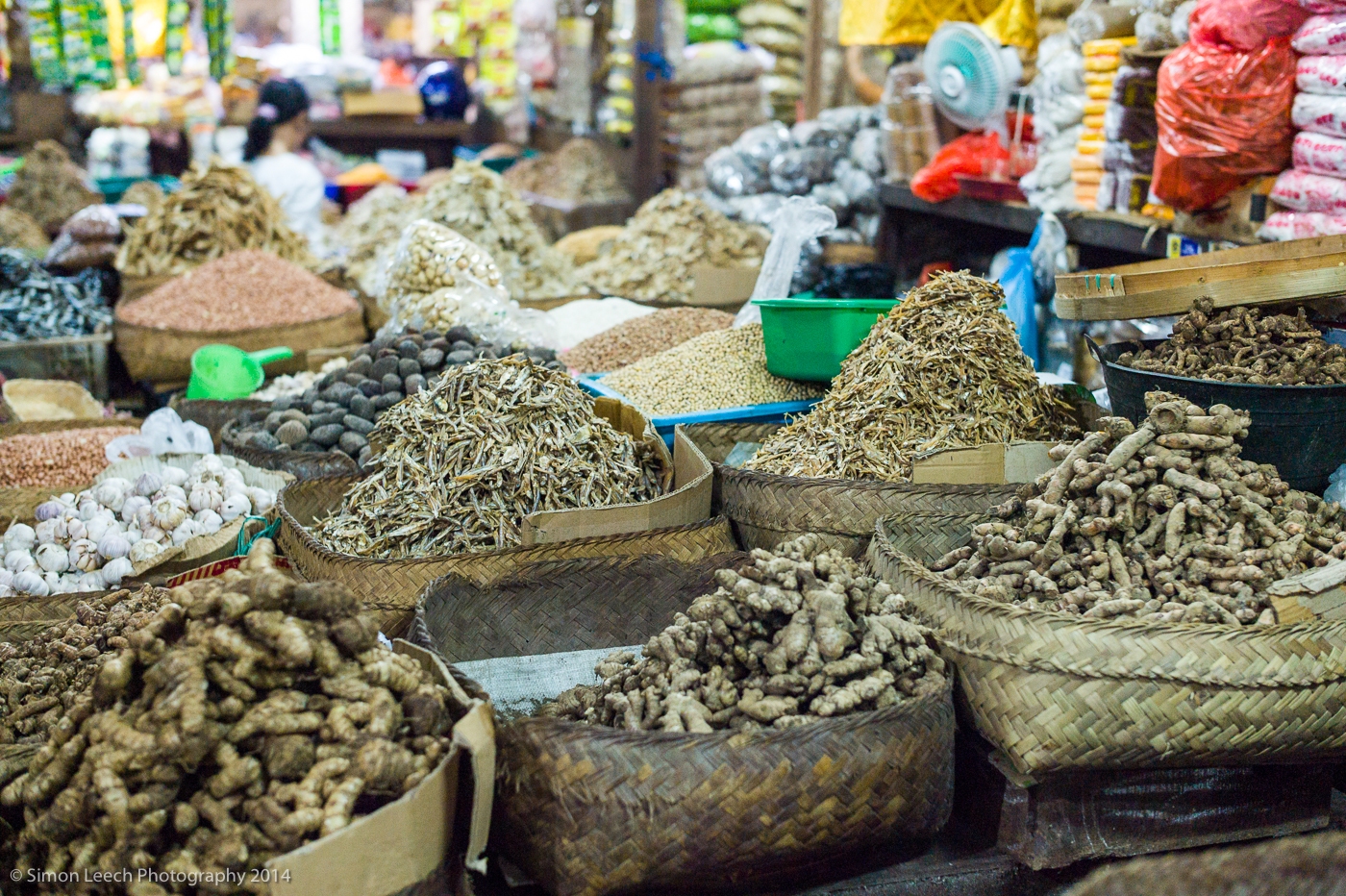 The market building itself is three floors. The ground floor is the busiest (and the dirtiest) and holds all of the fresh produce – fruit, vegetables, meat, and fish. And the occasional live cockerel for those who like there ayam as fresh as can be. The meat and fish isn’t stored in any kind of refrigeration unit like you might see at a western market, but instead is just piled up on benches, occasionally surrounded by ice cubes. On the second floor you can find spices, and dried foods, and on the top floor it is fairly quiet, with vendors selling cooking utensils and various fabrics. 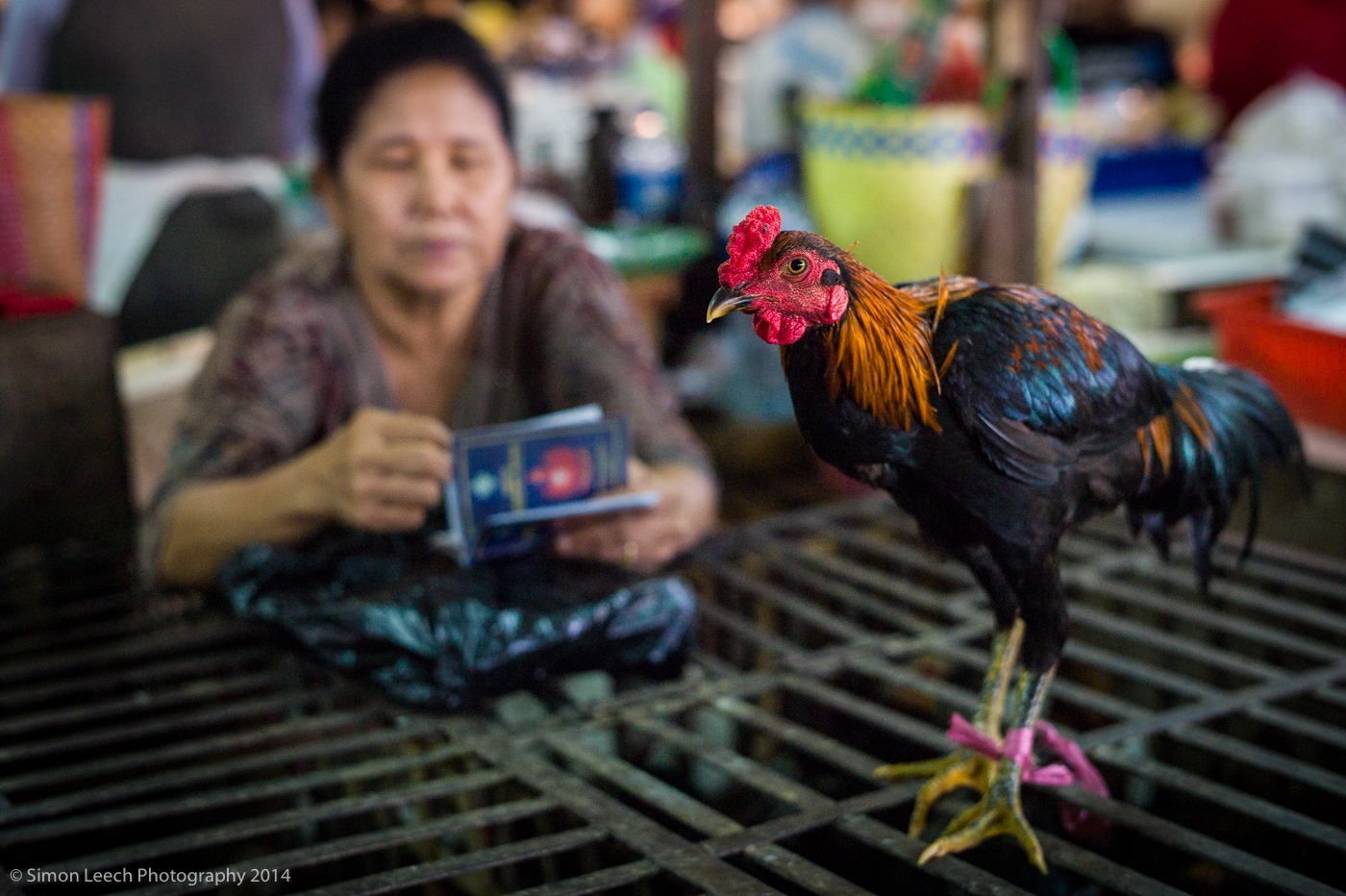 The market is a very local affair, and there weren’t actually that many tourists wandering around. Instead the paths through the market are full of restaurant owners bartering with the sellers to get the best prices. There are however a number of ladies wandering the floor looking out for tourists, and when you get found you will be followed around, as they try to offer their services as a personal guide. Politely saying no 5 or 6 times seemed to be the best way to get rid of them. 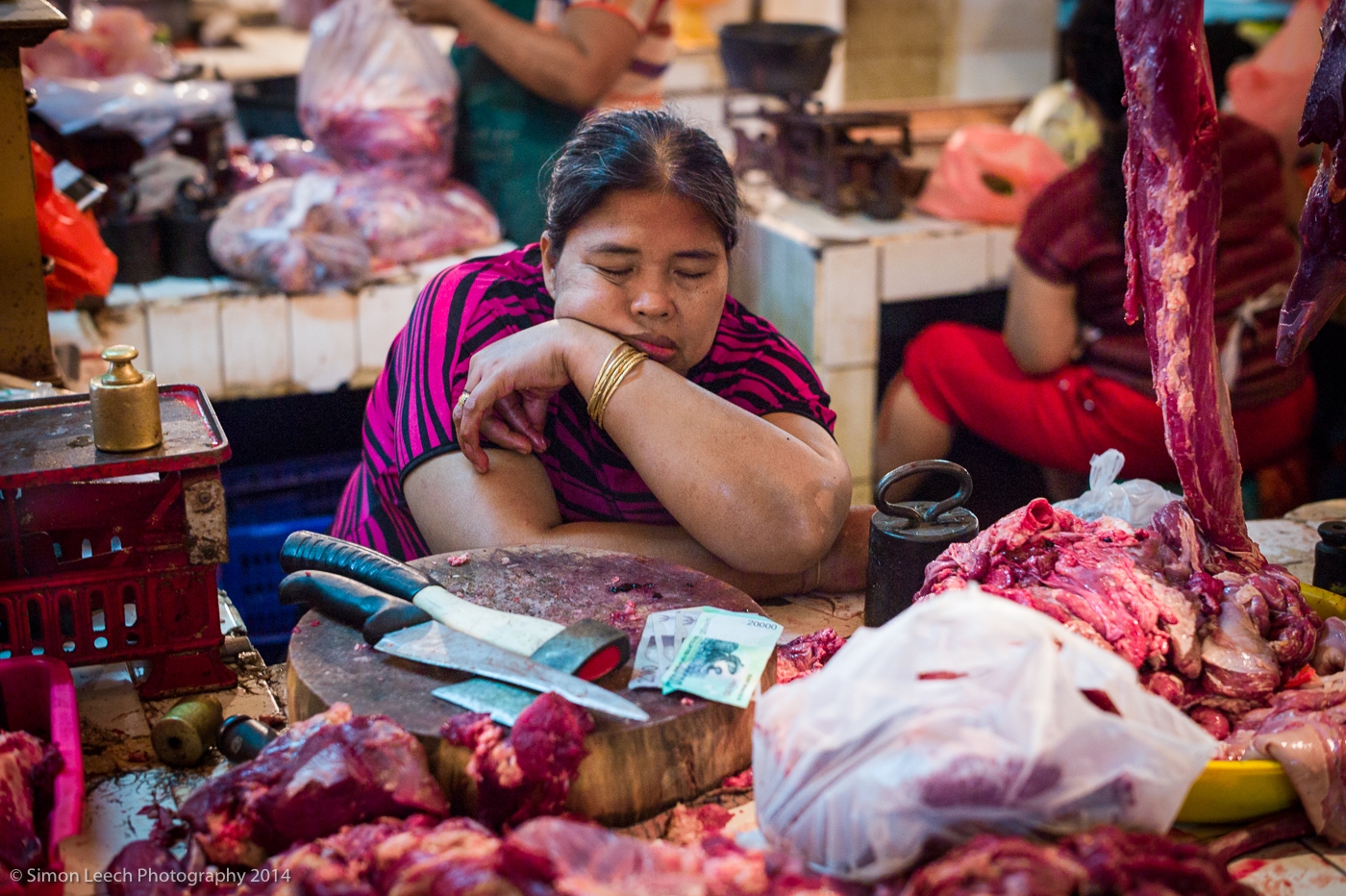 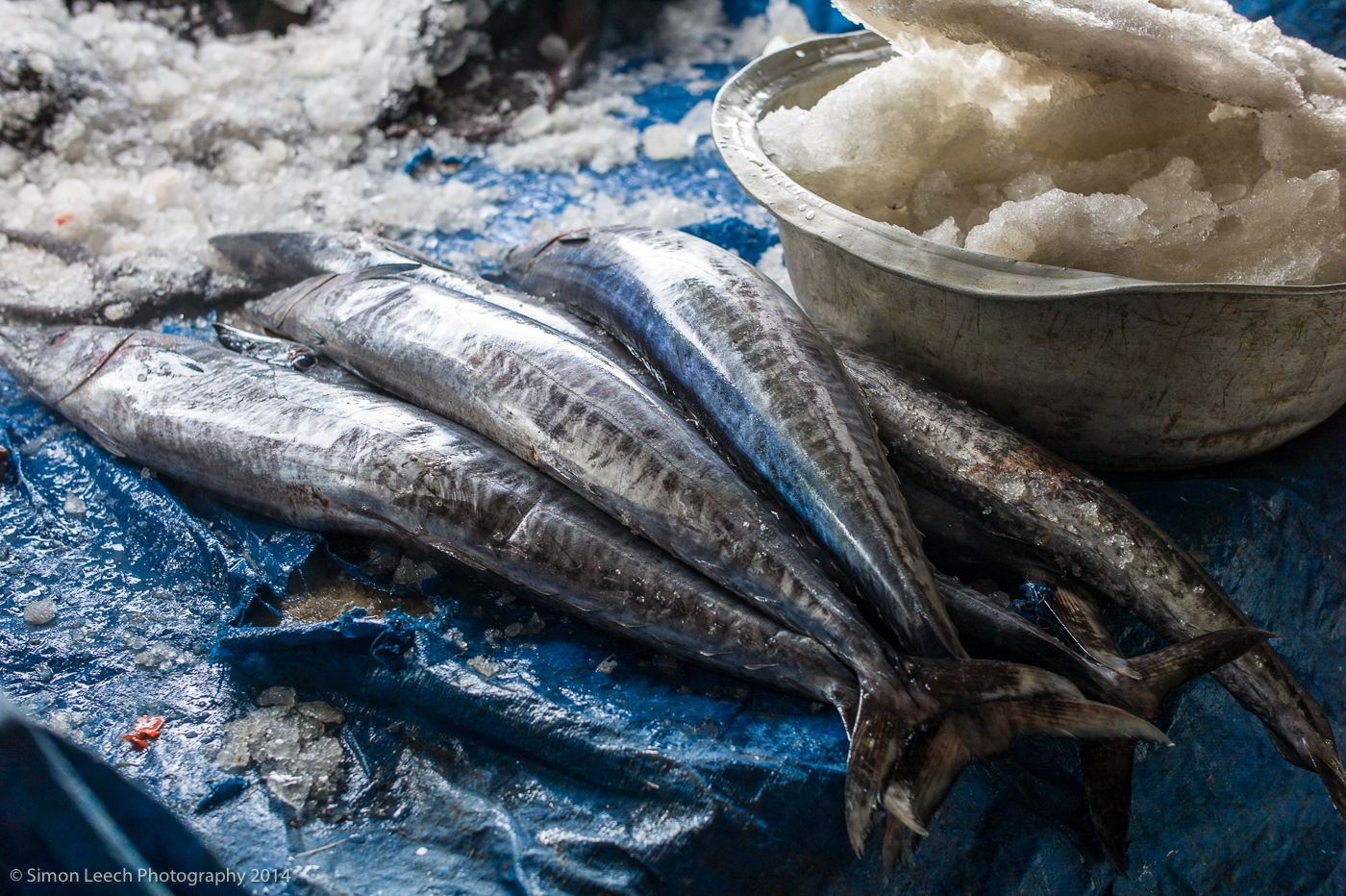 Back to the state of the market. It must be hard to keep it in clean shape when it never really closes, but it really was a filthy mess in some places. Some of the workers try to keep their areas clean with a hose, but this just seems to move the dirt around, and I’m sure some of the splash back from the hose was ending up on the produce. However this is where the restaurants source their food from, so I guess it is acceptable – we certainly didn’t suffer from any stomach problems whilst we were in Bali. 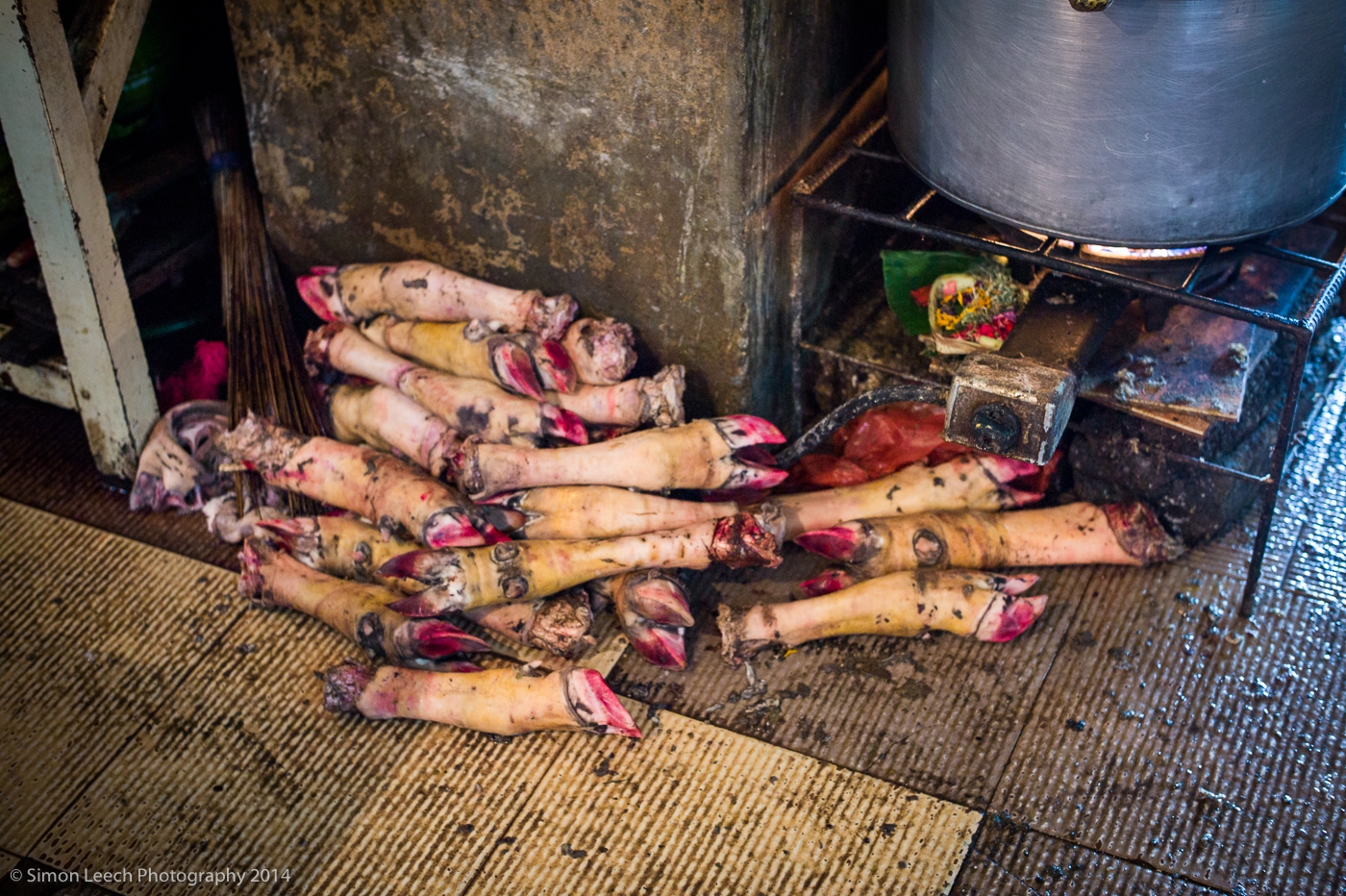 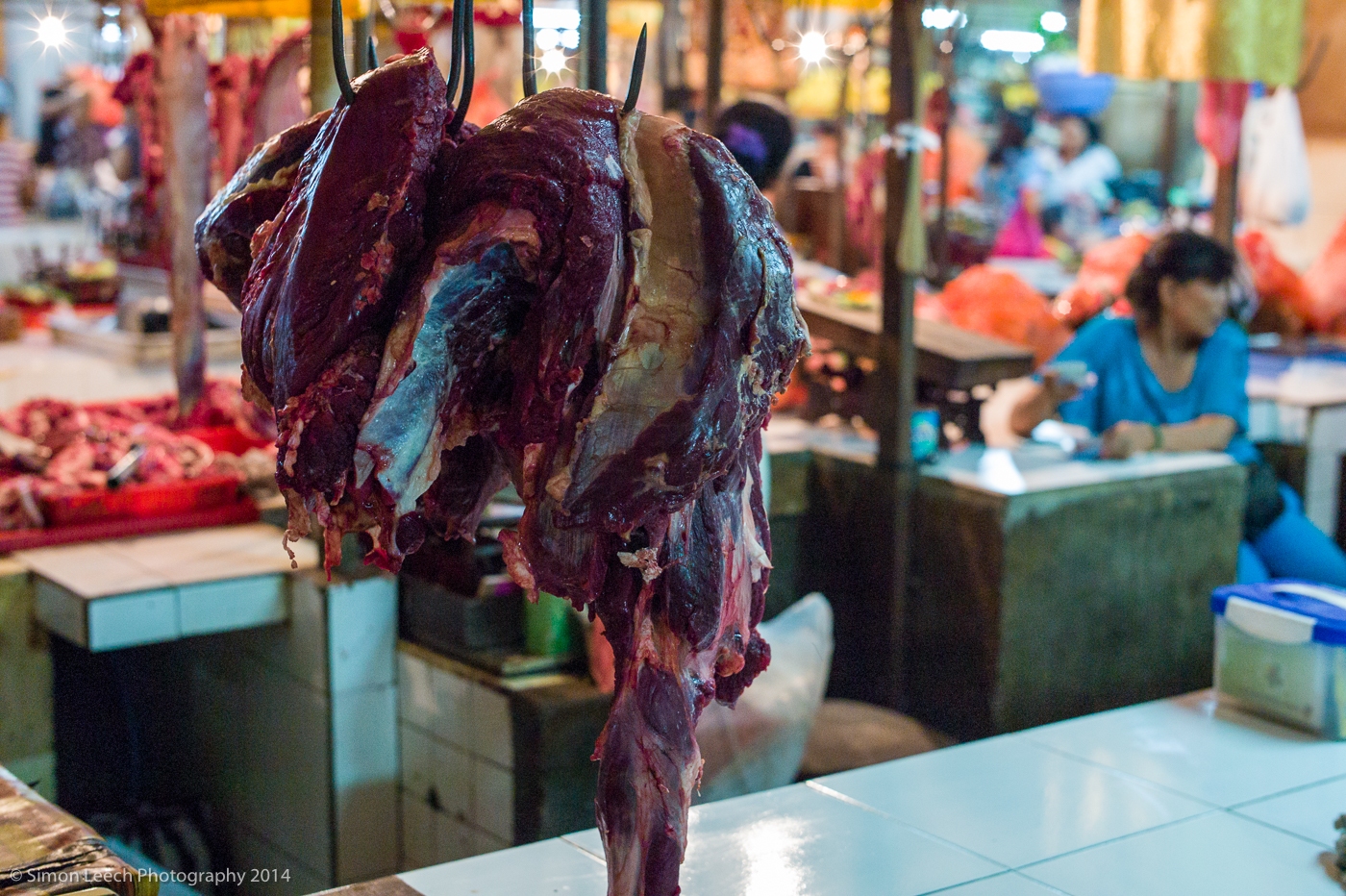 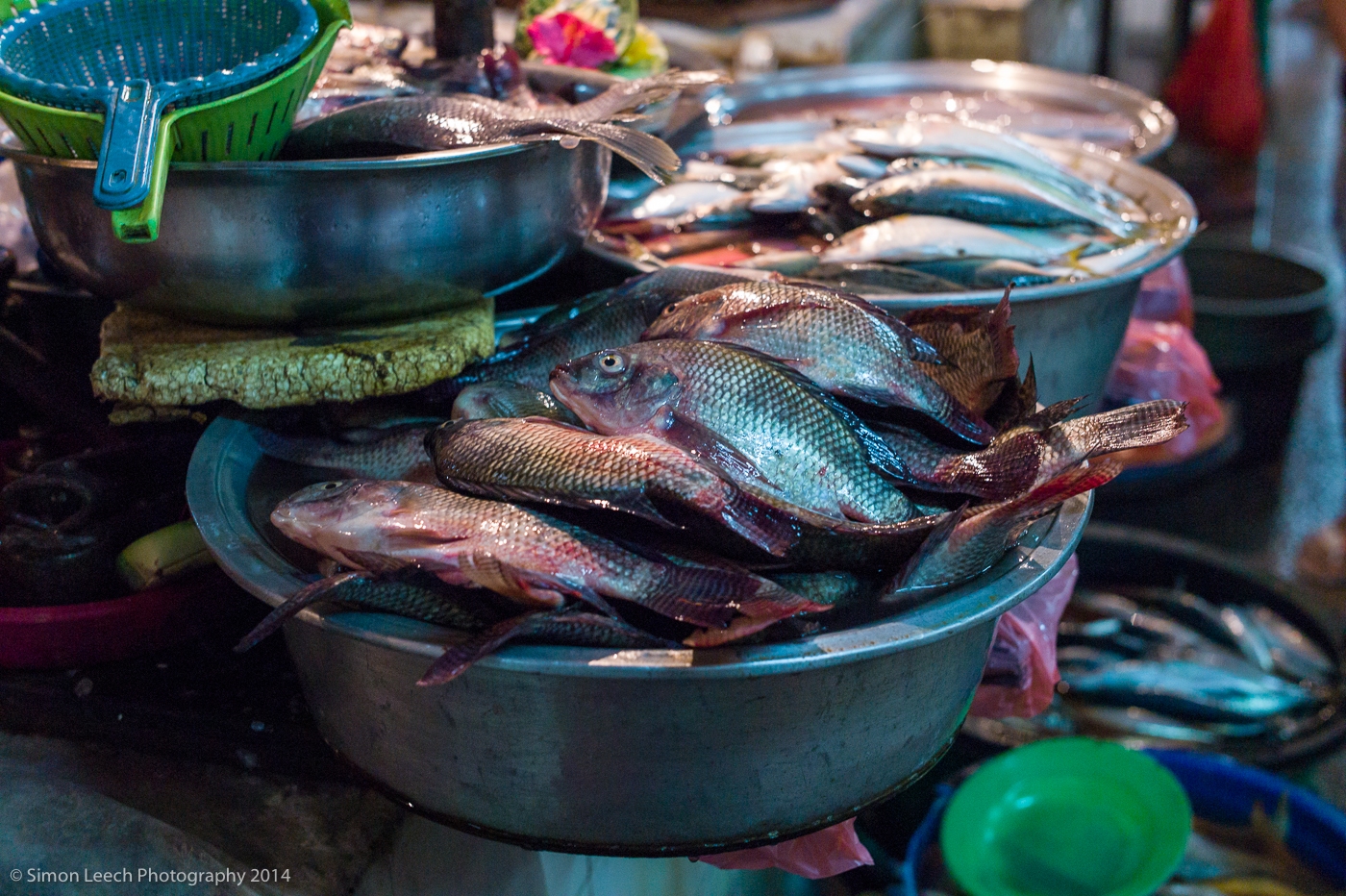 Outside of the market there is a warung area with vendors selling food. 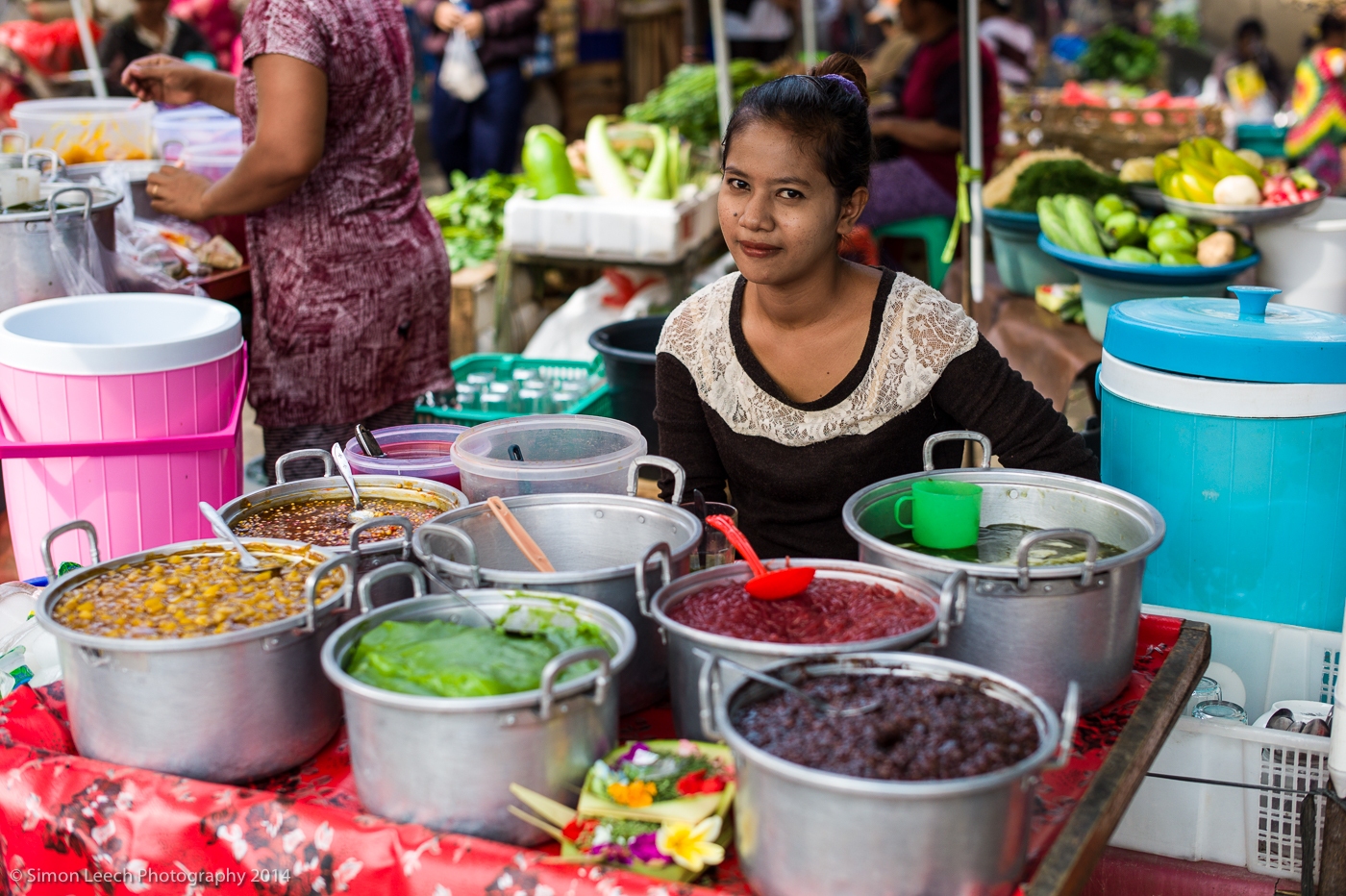 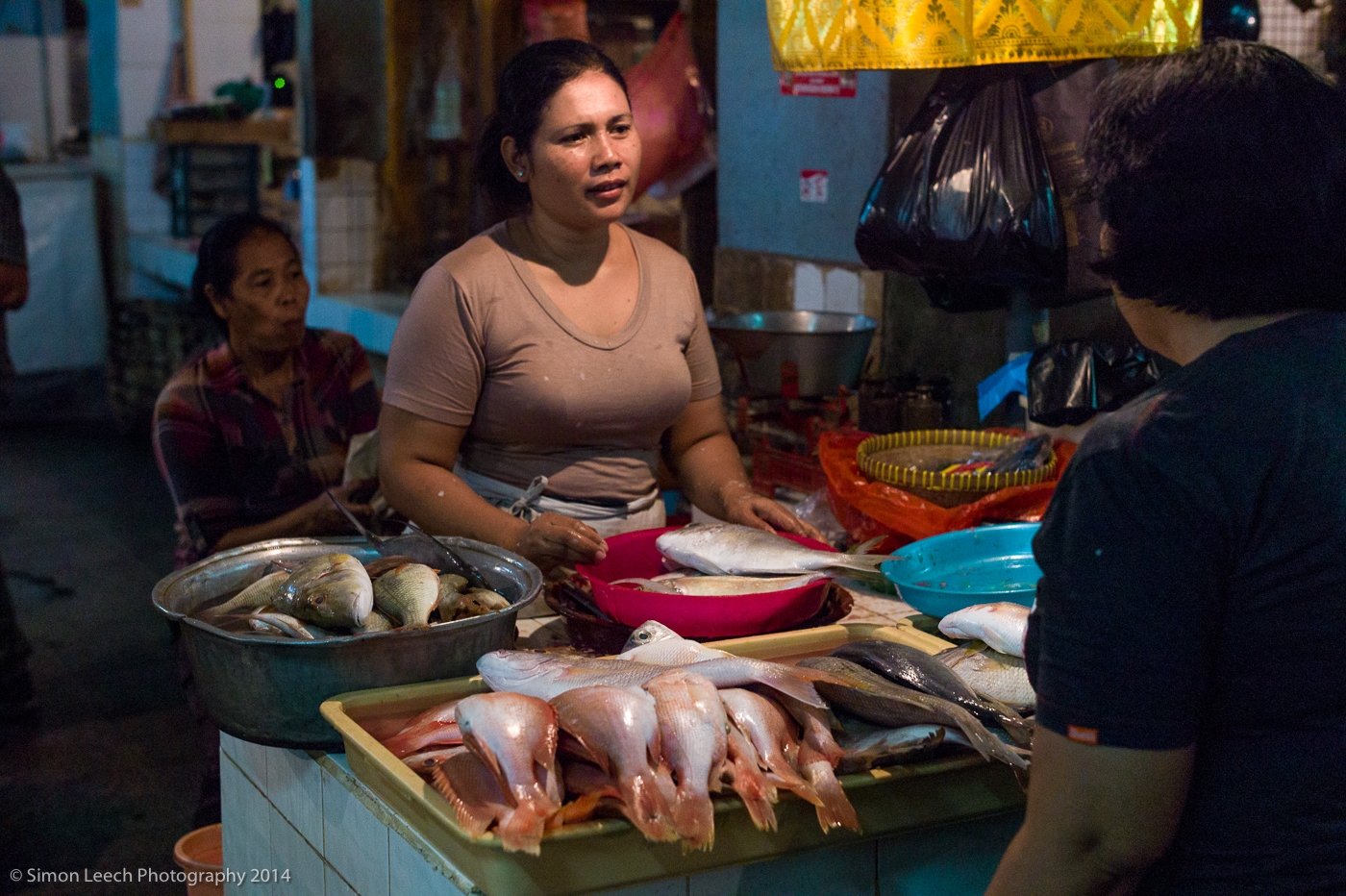