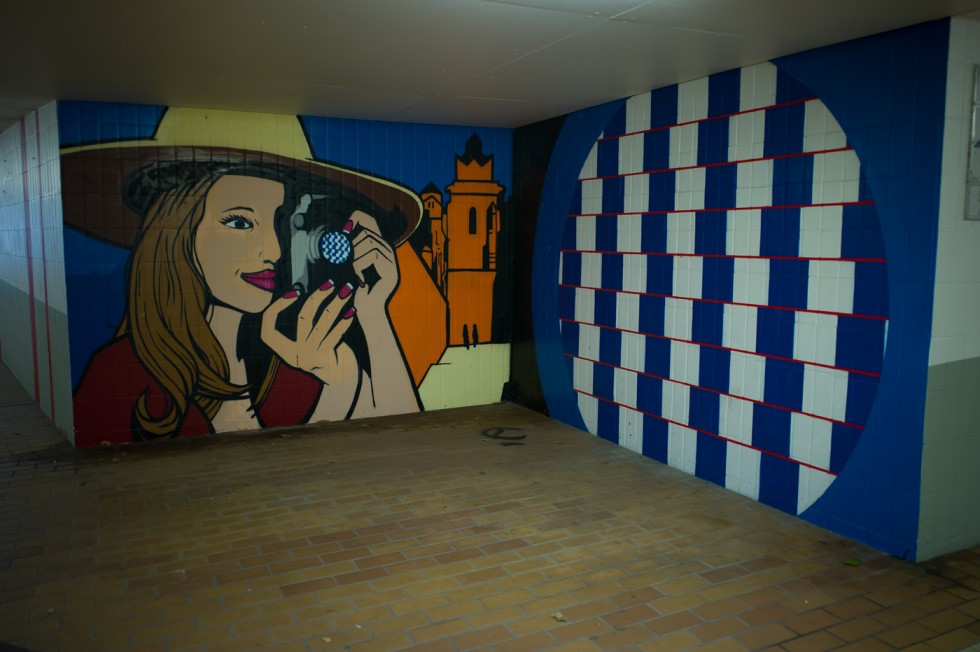 The first Leica prototypes were built by Oskar Barnack at Ernst Leitz Optische Werke, in Wetzlar, in 1913 (wikipedia). At the time, Barnack’s intention was to build a small, compact camera that could be carried by landscape photographer to enable them to take photos without having to carry the heavy cameras of the day. The camera was designed to use standard 35mm film, but, instead of transporting the film vertically as was normal with cinema cameras, giving an 18x24mm frame size, the film was transported horizontally past the shutter, giving the now common format of 24x36mm. (As a side note, the reason that a standard roll of 35mm film had 36 exposures is said to be due to the fact that, at the time, since all film had to be rolled into the canister by hand, Oskar would pull a length of film to his arm span, and cut it off to roll. That gave 36 exposures. Whether that is completely true, I am not sure!) 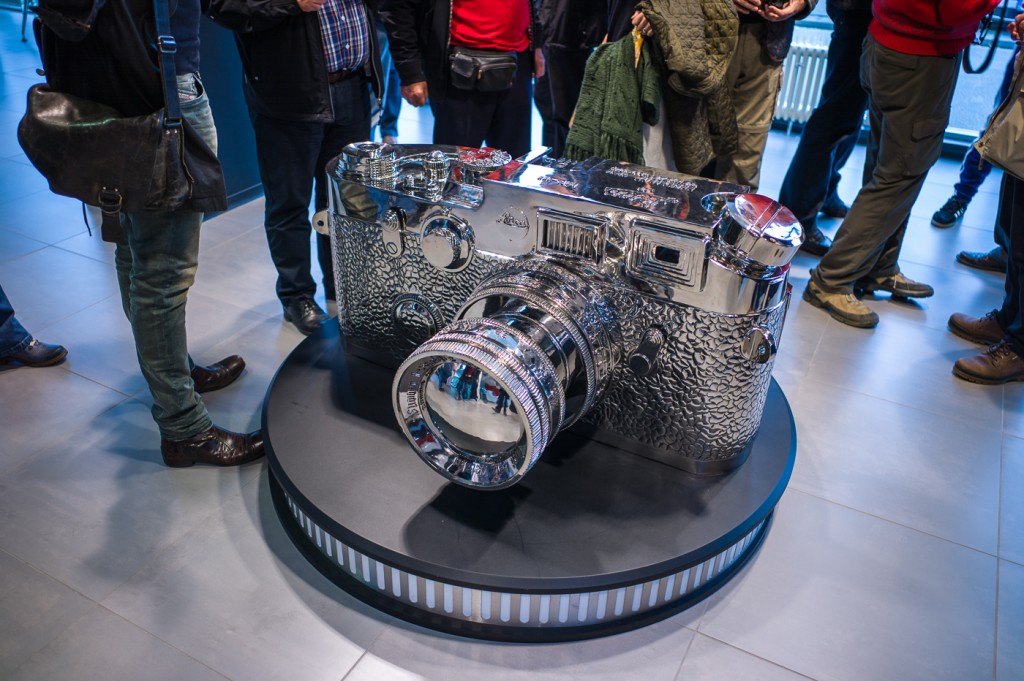 Since 2013 was the 100 year anniversary of the build date of those prototypes, the Leica Camera Forum decided to hold their annual Leica One challenge in Wetzlar. The One Challenge is a weekend event which has been held for the past ten years, and each year takes in a different location. 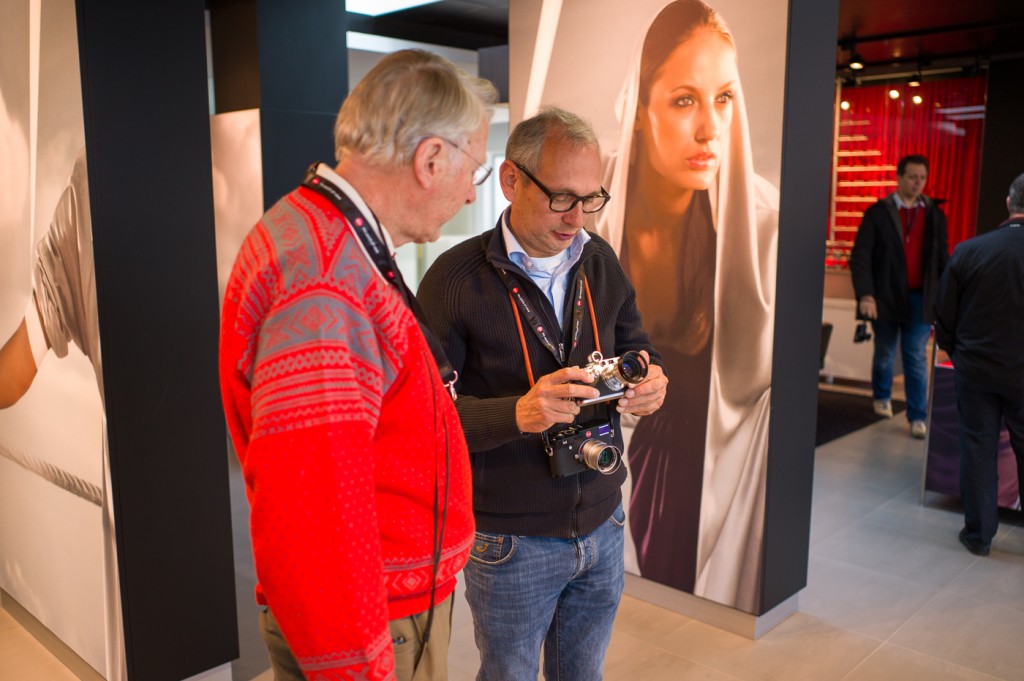 Comparing the old Leica IIIF with the new Leica M 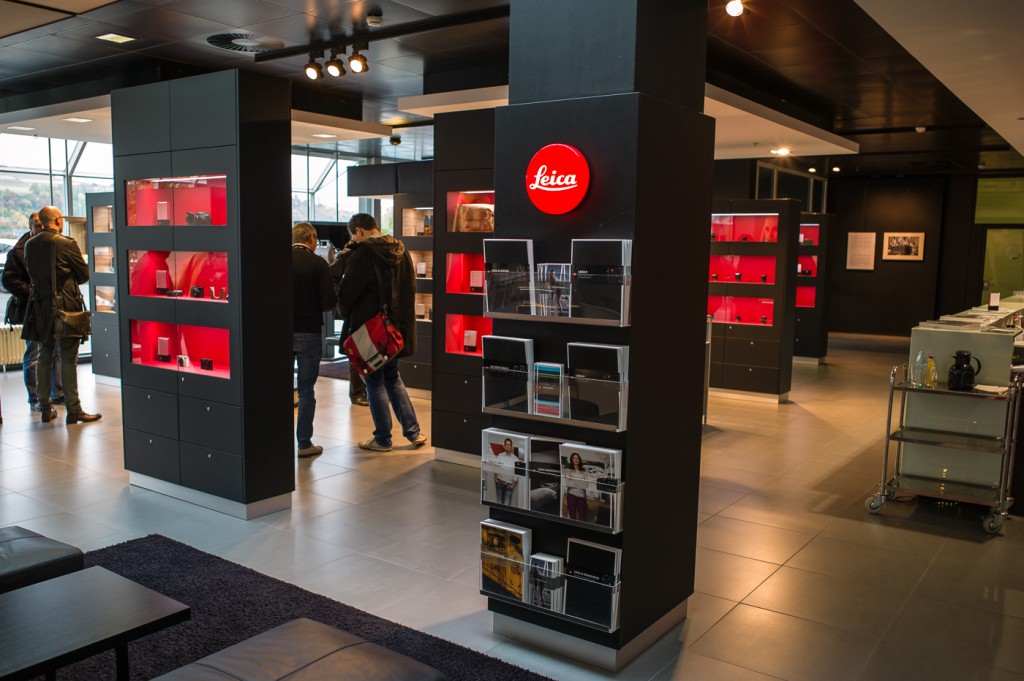 We started the weekend off by meeting for dinner on the Thursday evening, and then on Friday all got up early to head off to Solms for a Leica factory tour. We were one of the last groups to get a factory tour in Solms, since Leica has built a new custom facility back in Wetzlar, and in February 2014 relocated all manufacturing operations to the new factory. Unfortunately we were strictly instructed that no cameras could be used inside, but nevertheless it was a fascinating opportunity to hear the story of the brand, and see first hand how the cameras and lenses are manufactured. Everything is manually performed by specially trained engineers, and it does, at least in part, give some explanation as to why the Leica products are so expensive. Everyone has a special task – for example we saw one employee whose role was to hold and focus each lens back and forwards for 8 minutes, to ensure the focusing movement is sitting well in the barrel. Due to the very precise manual operations that are involved in constructing such a piece of optical engineering, it will be interesting to see if the new state of the art factory will automate any of these processes, but my guess is not, with the exception of some of the simpler tasks, for example transporting parts from one workstation to another. 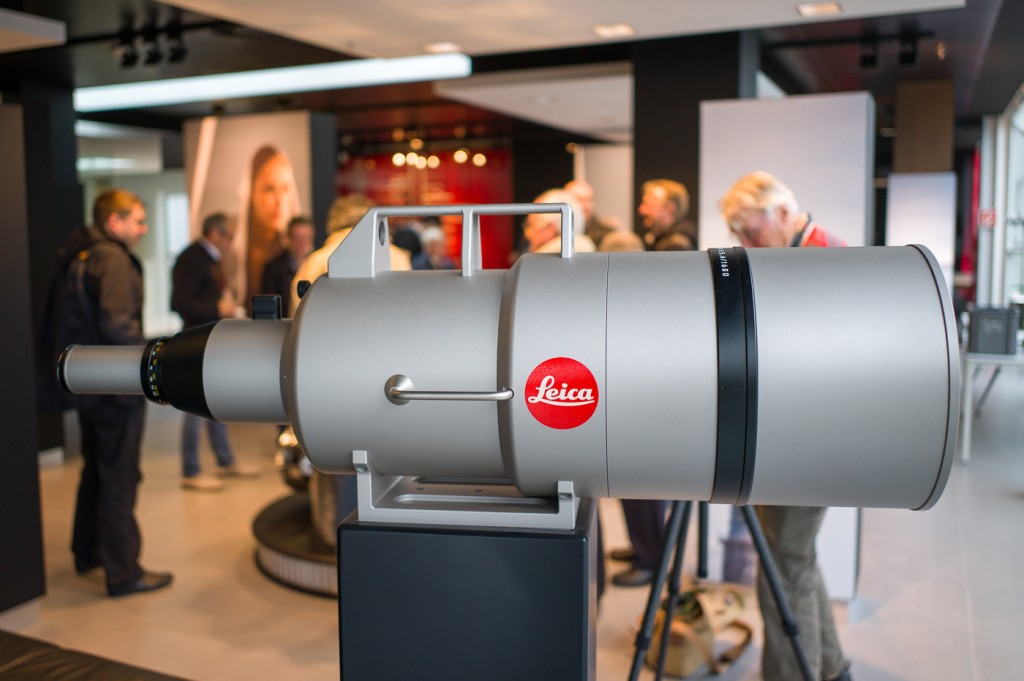 A prototype of the one off Leica-R 1600mm f/5.6 lens. This lens was a special order for a Sheikh from Qatar, who reportedly paid $2 million to Leica to build such a lens…..

It was nice to see in the lobby in Solms a showcase with one example of each Leica camera that has been made to date. Although our tour guide did explain to us that the Leica 0, one of the first prototypes, that was on display was just a replica – after the recent auction where a Leica   0 Series was sold for over 2 million Euros, Leica decided to move their copy to a more secure location! 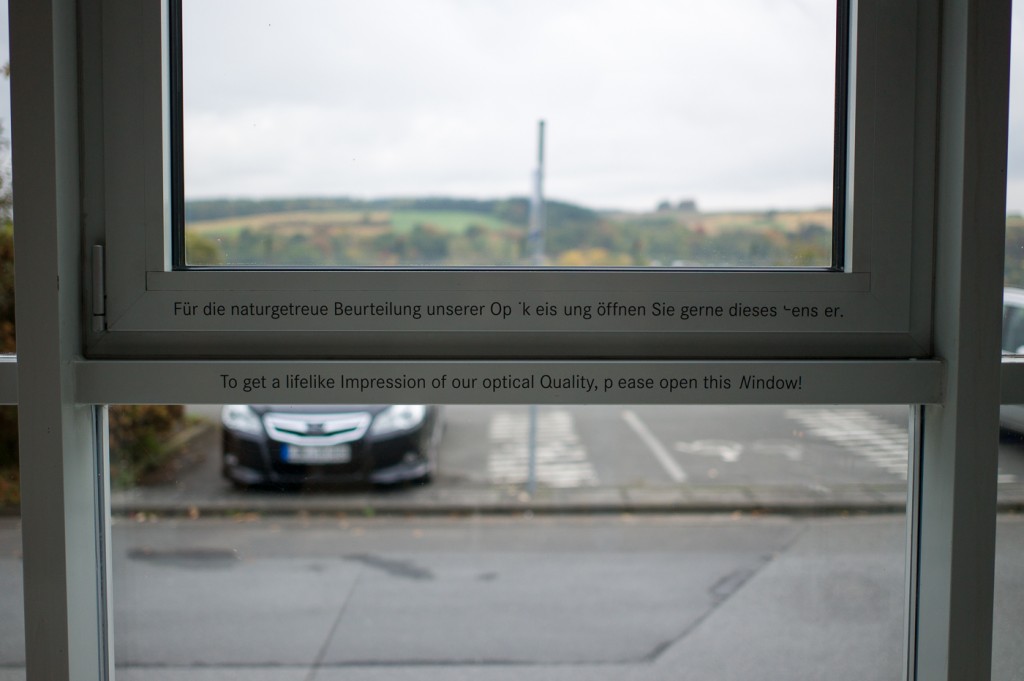 After the factory trip, we took a short drive to Schloss Assenheim, and found the old castle and the village around it to be a good location for some photography, although it was fairly rainy at the time……. 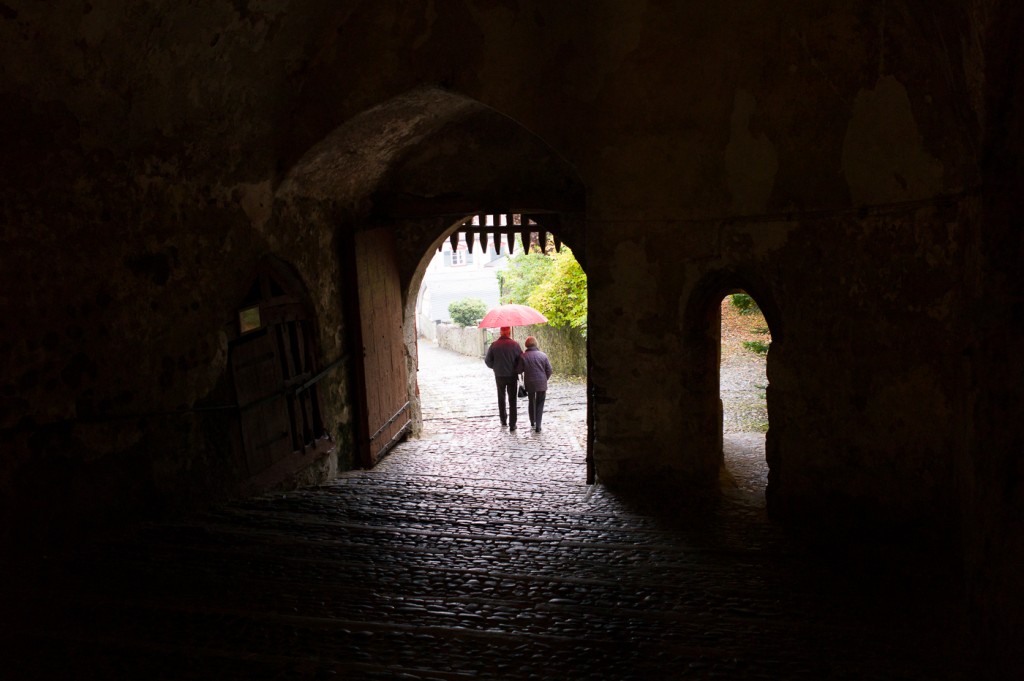 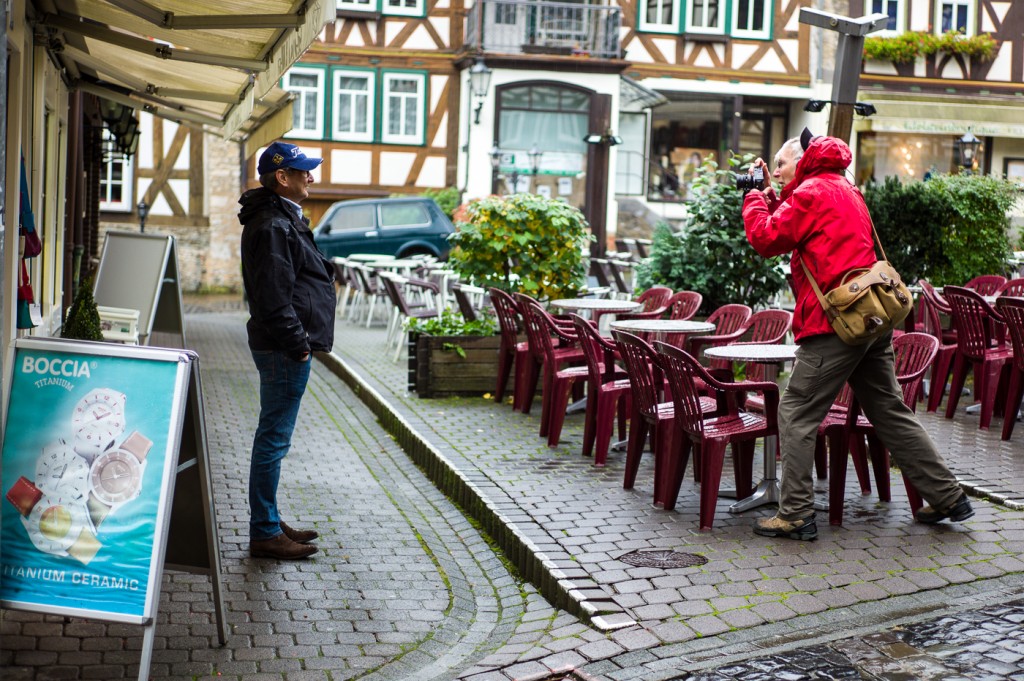 One of the highlights of the weekend is the Challenge itself, which takes place over a two hour period during the Saturday afternoon. The idea is that each participating photographer is given two hours to go out and get the best shot he can – the only limitations he has is that he must use a one focal length, one film speed, and no more than one roll of film (or, for digital cameras, 36 exposures). After the weekend is over, each entrant has an amount of time to choose and submit his or her favourite image to the forum, and other members are invited to vote for their favourite images. I chose to use my Summicron 28mm lens, with an ISO of 200. 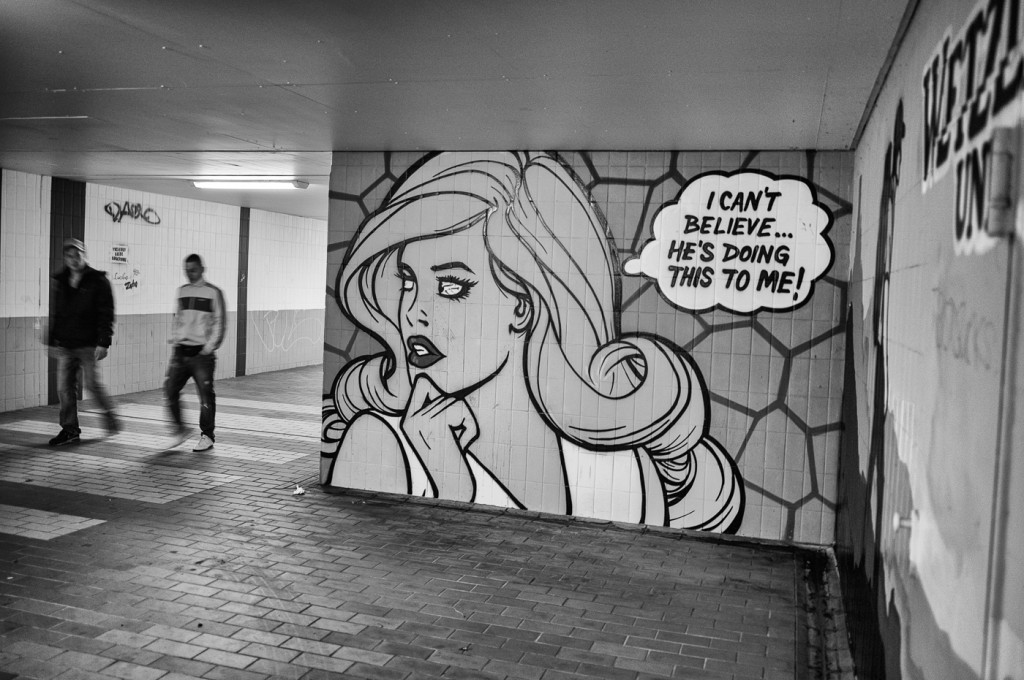 Photographically speaking, Wetzlar is a nice little German town, with cobbled streets and fairly old architecture. However the weather on the day of the challenge was fairly grey and overcast. Although I had spent much of the morning before the challenge looking for a unique location to take a shot, when all the participants were let loose at 1pm, I didn’t have much idea of where I was going to go to take my images. I wandered around for a while, taking a few shots in the old town, before venturing out a little bit further. I found one location that I found interesting in a subway. Wetzlar city council have turned the subways into works of art by inviting local artists to create murals to decorate the walls. One subway I was walking through had an interesting mural with a picture of a girl and a speech bubble saying ‘I can’t believe he’s doing this to me’. I thought it might be a successful image if I could catch a shot of a couple walking buy, hand in hand, but although I waited around for 15-20 minutes, no one suitable arrived. 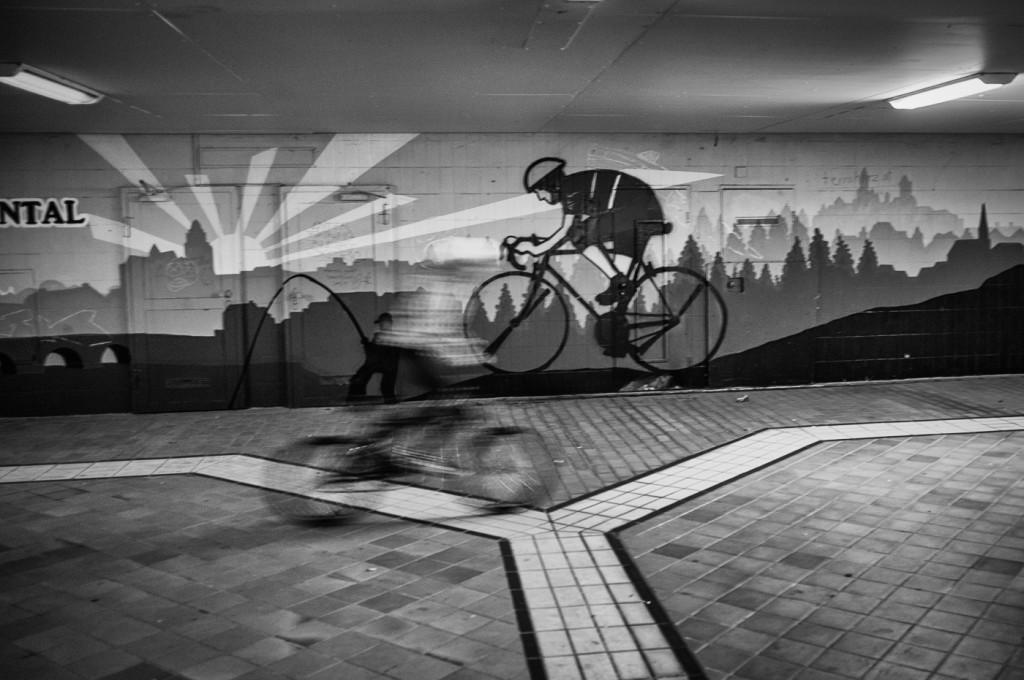 Cyclist, my entry into the contest

Just as I was planning to leave, I noticed a young child approaching on a bike. I’d already seen that one of the other murals was of a sports cyclist, so I quickly got into position and grabbed a shot as she passed by the picture of the cyclist. I didn’t really have time to adjust my settings, but as luck would have it I was still on a fairly low shutter speed from my previous shots, so I got a nice blurred image of the child cyclist.

At the end of the two hours, I hadn’t taken more than 12 or 14 images, but I was happy with what I had got. Once I had processed my images I decided to enter the cyclist into the competition, and, a few weeks later after some heavy voting on the forum, I heard that I had received more votes than the other 40 entrants, and had won the competition!

Also, after the dinner on Saturday evening, there is an optional One Night Challenge. Same rules apply, although a little less stringently applied, and I decided to enter that as well. During the daytime shooting I had already noticed Wetzlar bridge, and thought this might make for some nice nighttime shots. I was again lucky here, as the image I entered ended the Night Challenge in third position.

All in all, we had a great weekend, discovering Wetzlar, visiting the factory in Solms, and meeting old and new friends. Looking forwards to the 2014 challenge, which is due to take place this year in Istanbul….. 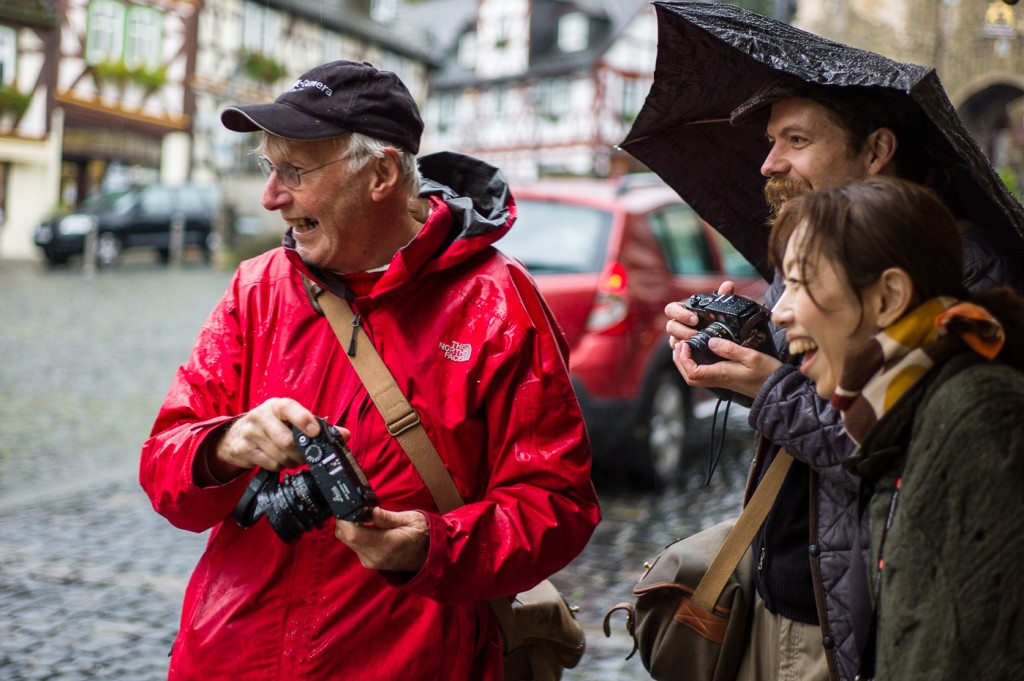 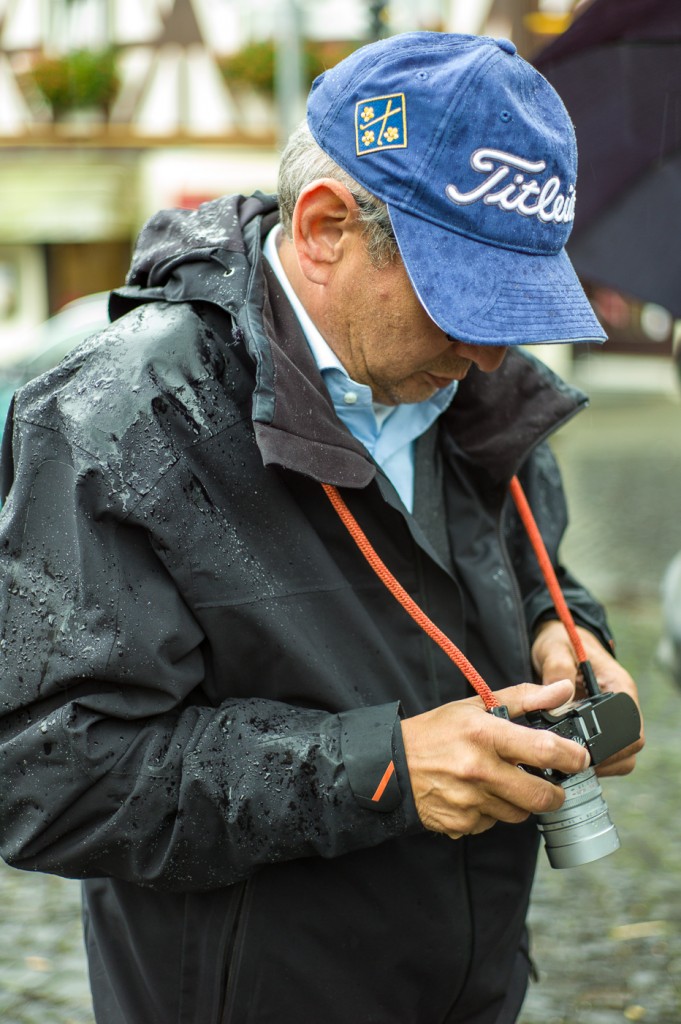 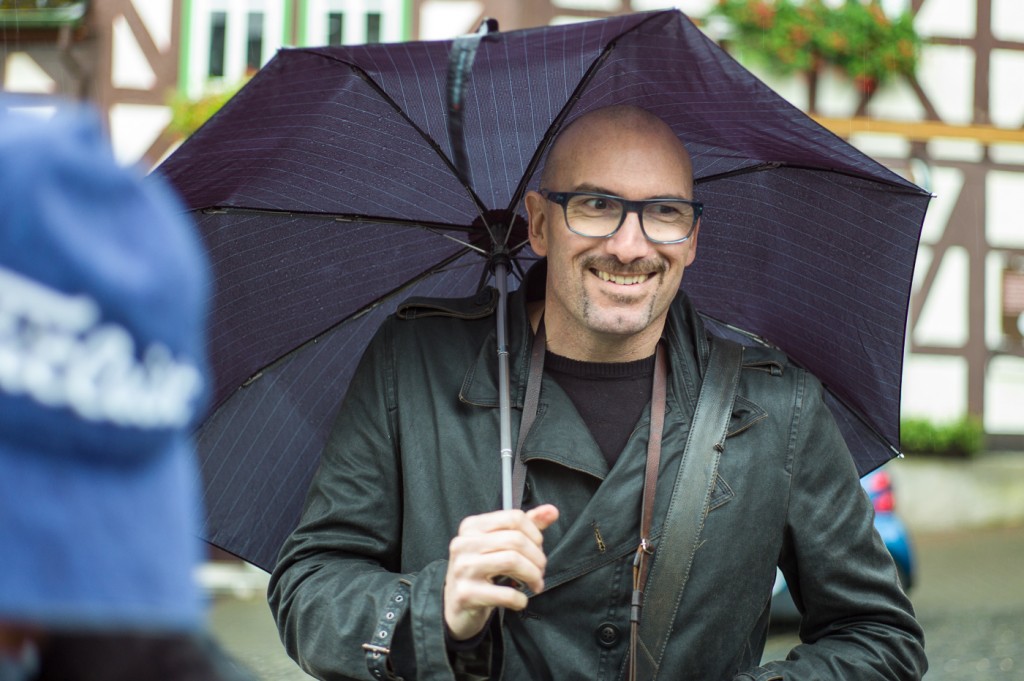 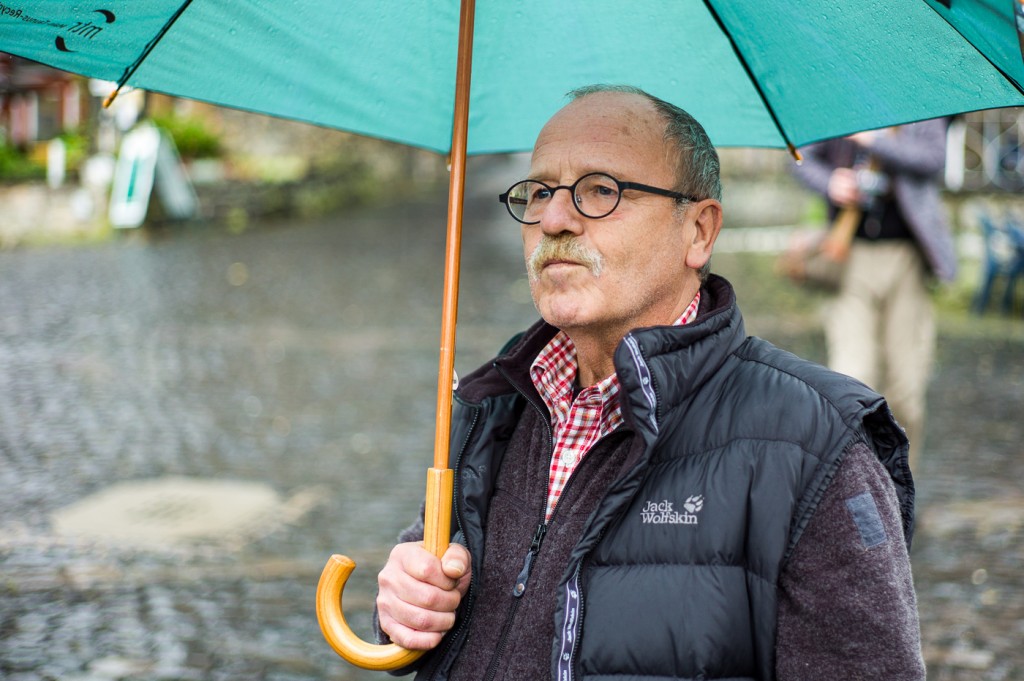 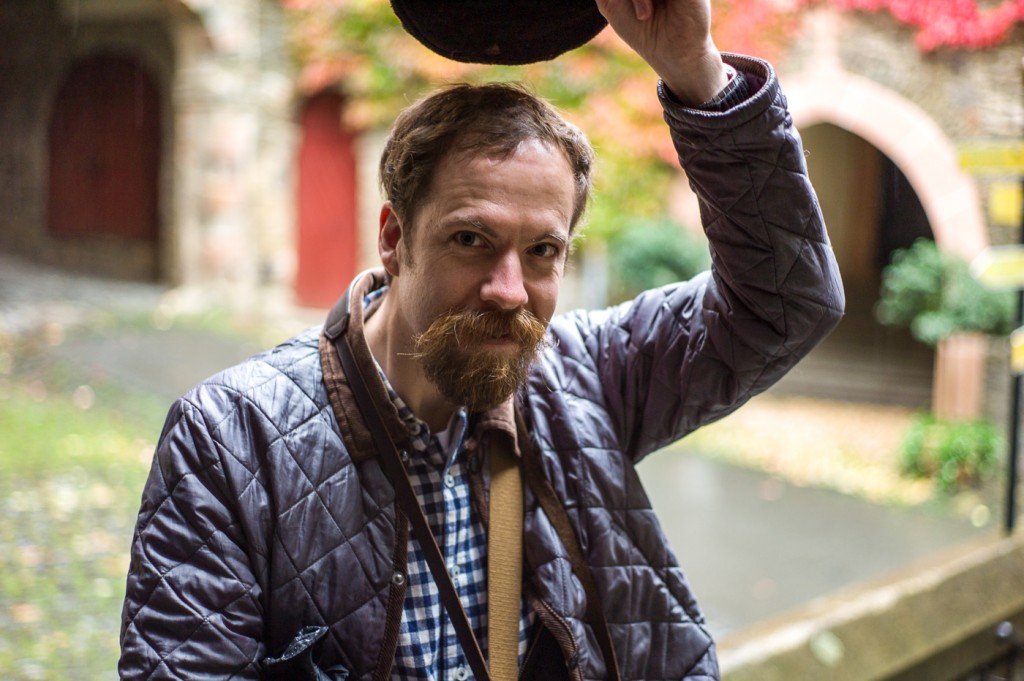 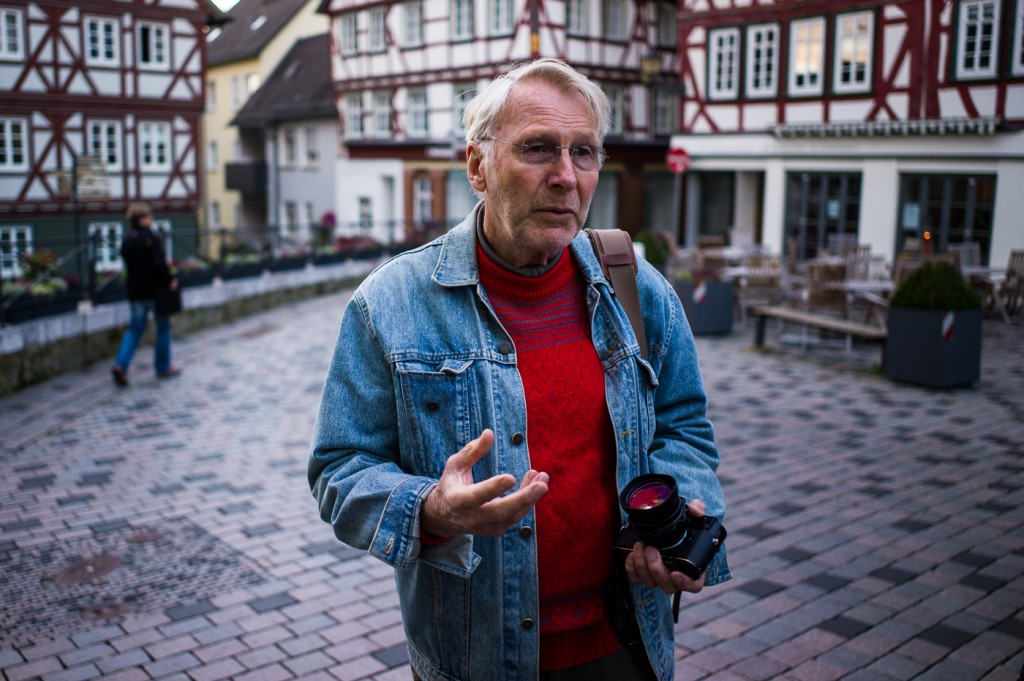 John explaining why he loves his Noctilux 🙂